The US plans to bolster its missile defences on the west coast to counter the threat from North Korea, Defence Secretary Chuck Hagel has announced.

He said the US would add 14 interceptors, which can shoot down missiles in flight, to 30 already in place in California and Alaska by 2017.

But the final phase of the US European Missile Defence programme is being scrapped to partly fund the project.

Due to begin in 2022, it would have sited interceptors in eastern Europe.

A statement in North Korean state media last month also threatened the US with a pre-emptive nuclear strike.

However, analysts say the regime is years away from producing a missile capable of carrying a nuclear warhead to the US.

“But North Korea in particular has recently made advances in its capabilities and has engaged in a series of irresponsible and reckless provocations.”

The defence secretary said the US needed to “stay ahead of the threat”. 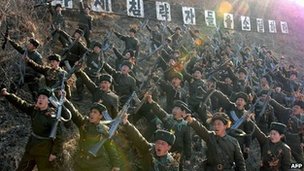 He said the additional 14 interceptors would be deployed to Fort Greely in Alaska at a cost of about $1bn (£660m).

As part of the strategy, the US will also deploy a radar-tracking station in Japan.

The Pentagon will shift some of the funding away from the missile defence programme it has been setting up in Europe.

Mr Hagel said US commitment remained “ironclad” to the European shield, and that missile batteries would be established in Poland and Romania by 2018.

But he said the another part of the plan had been shelved.

James Miller, Principal Deputy Under Secretary for Policy at the Department of Defence, later clarified that the final phase of the missile defence programme had been dropped.

“The prior plan had four phases. The third phase involved the deployment of interceptors in Poland. And we will continue with phases one through three,” Mr Miller told reporters.

“In the fourth phase, in the previous plan, we would have added some additional type of interceptors – the so-called SM-3 IIB would have been added to the mix in Poland.

“We no longer intend to add them to the mix, but we’ll continue to have the same number of deployed interceptors in Poland that will provide coverage for all of Nato in Europe,” he added.

His successor Barack Obama rolled back on the plans, announcing a much smaller deployment.

Friday’s announcement represents a further toning down of the plans.

The Pentagon said its top North Korea official would be visiting Russia and Germany next week.

The Alaska and California sites were built during the presidency of George W Bush as protection from a possible strike by North Korea.

Technical difficulties with the interceptors slowed their installation.

When asked about the “poor performance” of interceptors during recent trials, Mr Hagel said further tests would be carried out this year.

“We have confidence in our system,” he said, “and we certainly will not go forward with the addition of the 14 interceptors until we’re sure we have the complete confidence we need.” 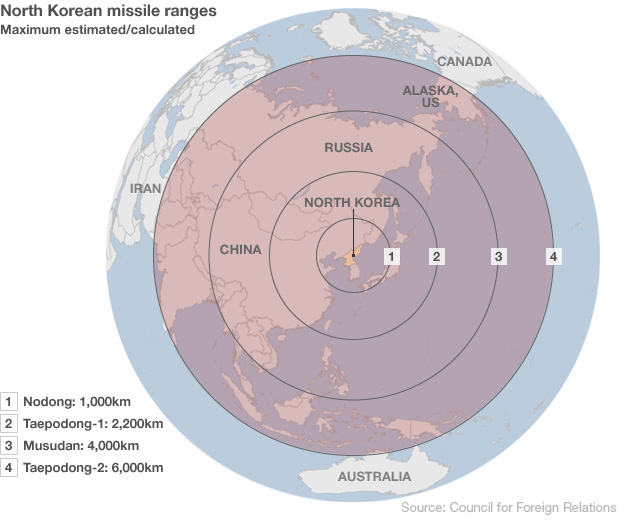 Contributed by BBC of www.bbc.co.uk.