In a few days, we will all have an opportunity to peacefully inflict a major psychological blow on the rapidly coalescing police state by the simple but powerful act of refusing to play along with the absurd pantomime on the 4th of July that we live in an even nominally free country – one with the rule of law, an operative Constitution and respect for individual rights. One that isn’t a thugocracy.

We can turn our backs on the flag. Decline to participate when urged to cheer and sing. No fireworks. No barbeques.

We can sit down – and bow our heads.

We can mention the unmentionable: That there is no longer anymeaningful limit to the power of the government over our lives. No line beyond which it may not tread. That it lies, spies and tyrannizes.

We can admit to ourselves the shoddy – and frightening – reality bubbling up all around us.

By so doing, we can shatter the illusion that this government operates with anything remotely approximating our consent. This is absolutely essential. The 4th of July pantomime requires that we deny the obvious – that we instead pretend we’re free people living in a free country; one in which the government isaccountable to the people, one in which the government is limited by law. One in which people can’t simply be dragooned into prisons without due process, held incommunicado, tortured. A country with a president who doesn’t have kill lists – or use the instruments of state power to punish and intimidate his political opponents. One in which citizens must be suspected of a crime before their personal correspondence is filched through and recorded for later use against them. One in which a traveler is free from arbitrary and random searches of his person and effects. 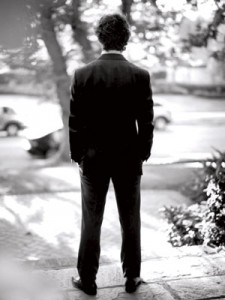 One in which the attorney general of the United States isn’t able to get away with providing guns to gangs or brazenly lie about his use of the power of his office to go after political “enemies” rather than pursue justice.

All these things are everyday realities. And the reality is that the America we once celebrated on the Fourth of July is gone, replaced by something dark and ominous.

It is painfully obvious – so why pretend otherwise?

More to the point, why should we celebrate this ugly transformation?

Mourning is what’s called for.

If we decline to play along – and we still have this option, for the moment – we can shatter the idea that all of the foregoing loathsomeness is done with our approval. We can redefine the relationship between ourselves and the government in an honest way. No more pretending we’re free. No more pretending we’re protected by the rule of law – and not ruled over by a thug caste – a mafia – that does literally whatever it wants, to anyone, at any time – without any real consequences whatsoever. None of this requires elaboration. Everyone knows it to be true. The Constitution is no longer even payed lip service to. It is a sick joke.

We are in the position of a battered spouse who is expected to rouge her bruises and tell her friends that – whoops! – she fell down the stairs. But hubby is a swell guy. 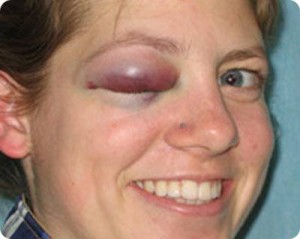 I say, to hell with that.

I say, let’s not give them the cover they still apparently crave. I say, let’s out them – by openly displaying our bruises and no longer denying how we got them. Let the world see the true nature of the relationship between us and those who rule us.

China had its Tiananmen Moment – when one brave man stood up to a column of tanks and changed history by the simple act of refusing to play along. By peacefully forcing the thugocracy’s hand. It faced a hard choice: Either it could either run that man down in full view of live TV, crush him under the treads of a T-72 and thereby give real-life and incontrovertible evidence of the true nature of the relationship of the Chinese government vis-a-vis the average Chinese. Or it could back down – and thereby be compelled to alter the relationship in a way at least somewhat more favorable to the average Chinese. 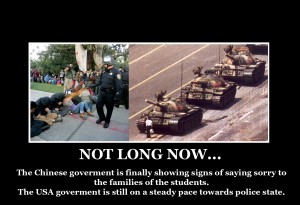 We have a similar opportunity coming up. A chance to confront the police state by refusing to pretend it’s not a police state. By coming to grips with what it is.

And what it is is nothing to celebrate.

I urge you to join me this July 4th in turning your back on the flag – on all grotesque homilies to a country that no longer exists, because of the government which does exist – and which desperately wants us to keep on playing patty cake and pretending that it doesn’t.