No Longer Focused On Deposits Or Loans

“Banks don’t have a need for deposits, and the demand for loans by households and firms is weak,” Niels Storm Stenbaek, chief economist at the Danish Bankers Association, said in a phone interview.

Banks don’t need deposits?  They’re not giving many loans?  Isn’t that what banks do?

If they’re not collecting deposits and making loans, what are they doing?

In reality, big banks aren’t really acting like banks anymore. Big banks do very little traditional banking, since most of their business is from financial speculation. For example, we noted in 2010 that less than 10% of Bank of America’s assets come from traditional banking deposits.

The big banks are manipulating every market.  They’re also taking over important aspects of the physical economy, including uranium mining, petroleum products, aluminum, ownership and operation of airports, toll roads, ports, and electricity.  And they are using these physical assets to massively manipulate commodities prices…scalping consumers of many billions of dollars each year (more here and more).

The evidence demonstrates that the big banks have essentially become huge criminal enterprises …waging warfare against the people of the world. 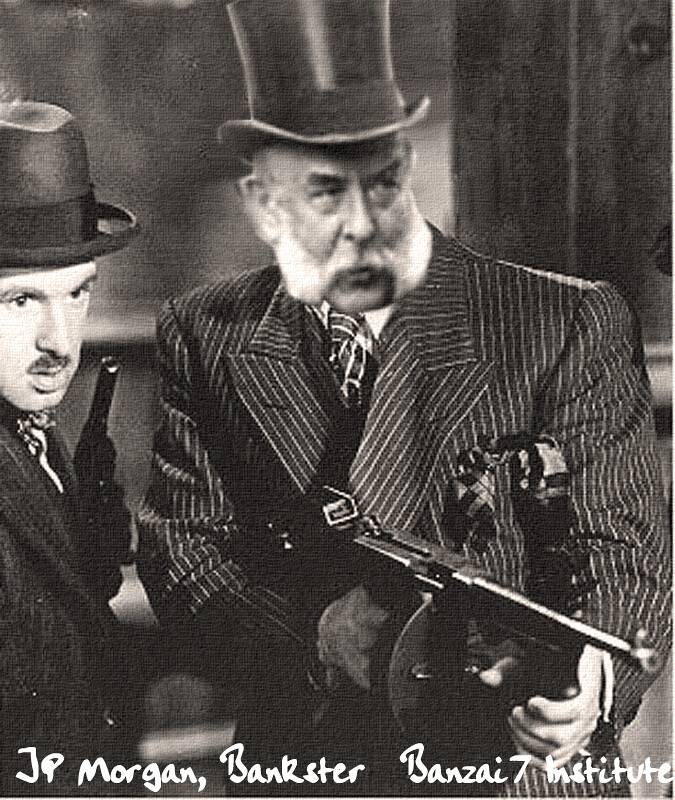 Apart from the above-described manipulation, virtually all of the big banks’ profits come from taxpayer bailouts and subsidies  (see this, this and this).  Why don’t they need deposits? Because the taxpayers are showering them with money.

At the same time,  the big banks have sat on the money the government threw at them – with the encouragement of the Fed – instead of loaning it out to Main Street to kickstart the economy. As we noted in 2012, small banks are much more interested in making loans to the little guy than the TBTFs:

Banks that received federal assistance during the financial crisis reduced lending more aggressively and gave bigger pay raises to employees than institutions that did not get aid, a USA TODAY/American University review found.

Fortune reports that smaller banks are stepping in to fill the lending void left by the giant banks’ current hesitancy to make loans. Indeed, the article points out that the only reason that smaller banks haven’t been able to expand and thrive is that the too-big-to-fails have decreased competition ….

As big banks struggle, community banks are stepping in to offer loans and lines of credit to small business owners…

The importance of traditional financial intermediation services, and hence of the smaller banks that typically specialize in providing those services, tends to increase during times of financial stress. Indeed, the crisis has highlighted the important continuing role of community banks…

[Federal Reserve Bank of Kansas President] Thomas M. Hoenig pointed out in a speech at a U.S. Chamber of Commerce summit in Washington:

During the recent financial crisis, losses quickly depleted the capital of these large, over-leveraged companies. As expected, these firms were rescued using government funds from the Troubled Asset Relief Program (TARP). The result was an immediate reduction in lending to Main Street, as the financial institutions tried to rebuild their capital. Although these institutions have raised substantial amounts of new capital, much of it has been used to repay the TARP funds instead of supporting new lending.

On the other hand, Hoenig pointed out:

In 2009, 45 percent of banks with assets under $1 billion increased their business lending.

45% is about 45% more than the amount of increased lending by the too big to fails.

Indeed, some very smart people say that the big banks aren’t really focusing as much on the lending business as smaller banks.

Specifically since Glass-Steagall was repealed in 1999, the giant banks have made much of their money in trading assets, securities, derivatives and other speculative bets, the banks’ own paper and securities, and in other money-making activities which have nothing to do with traditional depository functions.

Indeed, the Too Big To Fails are doing everything they can to fight the availability of low-cost loans for Main Street and the little guy.

The bottom line is that we don’t need the big banks. Indeed, top economists, financial experts and bankers say that the big banks are too large … and their very size is threatening the economy. They say we need to break up the big banks to stabilize the economy.

This is especially true since the monsters are growing larger and larger … and have mutated so much that they’re no longer even behaving like real banks.