The military action that we are watching in the Middle East right now is just a preview of coming attractions.  Tensions in the region are rising with each passing day, and all sides have been anticipating future conflicts and preparing for war for decades.  It would be wonderful if everyone could sit down, forgive each other and agree to quit fighting, but that is not going to happen.  Most of us that live in the western world have a very difficult time understanding the mindset of those immersed in these conflicts.  In the Middle East, there are vendettas and grudges that go back literally thousands of years.  Children are raised in schools where they are taught to bitterly hate their enemies from the time that they are first able to speak.  As Americans, we have forgiven former enemies such as Germany and Japan and we just expect that everyone else should be able to forgive as well.  But that is simply not the way that it works over there, and there is no long-term solution in the Middle East that is going to be acceptable to all sides.  Right now, Israel, Hamas, Hezbollah, the Muslim Brotherhood, Syria and Iran are all preparing for war.  Hopefully cooler heads will prevail in this current crisis, but that will only delay the inevitable.  There will be war in the Middle East.  Yes, politicians such as Barack Obama will do their best to broker more “peace agreements”, but even the declaration of a “Palestinian state” will never stop the fighting.  In fact, it would just set the stage for more war.  I don’t mean to sound pessimistic about the region, but the truth is that there will be more war until it is not possible to fight any longer.  Any “peace plan” will just be a pause in the warfare.

Here are some of the most recent developments…

-Hamas has launched dozens of rockets into Israel since Saturday.  At one point, the IDF estimated that at least 130 rockets had been fired from Gaza.  Other estimates have put the number of rocket attacks much higher.

-In response, the IDF launched a military operation in Gaza on Wednesday.  This involved the killing of the head of the military wing of Hamas, Ahmed Jabari, in an airstrike that was captured on video.  You can see video of the airstrike right here.

-In response to the Wednesday attacks by the IDF, a substantial number of rockets were fired from Gaza toward Israel.  The IDF says that the Iron Dome missile defense system was able to intercept 13 of the rockets.

-The IDF says that the military operations they conducted on Wednesday were part of a “major offensive” and that a ground attack may also be coming.

-“Operation Pillar of Defense” is the code name that has been given to this campaign.

-The IDF is not taking any options off the table.  The following is from a message posted on the IDF Twitter account…

“All options are on the table. If necessary, the IDF is ready to initiate a ground operation in Gaza.”

-In particular, the IDF is being very open about the fact that top Hamas leaders will be targeted.  The following is from another message posted on the IDF Twitter account…

“We recommend that no Hamas operatives, whether low level or senior leaders, show their faces above ground in the days ahead.”

-The U.S. State Department has denounced Hamas for the rocket attacks against Israel and is saying that Israel has the right to self-defense.

-The military wing of Hamas says that Israel “has opened the gates of hell.”

-One top Hamas official, Khalil al-Haya, is very clear about what his goal is…

“Israel has declared war on Gaza and they will bear the responsibility for the consequences.”

In Egypt, the head of the most important political party is warning that Egypt may have to get involved if the fighting continues.  The following is from a Breitbart report…

Today, Egypt’s Freedom and Justice Party, the political wing of the Muslim Brotherhood – a party formerly headed by current President Mohammed Morsi – announced that Egypt would get involved if Israel continued to kill terrorists in the Gaza Strip. Such Israeli action, said the party, would prompt “swift Arab and international action to stop the massacres.” The party also warned that Israel “must take into account the changes in the Arab region and especially Egypt … [Egypt] will not allow the Palestinians to be subjected to Israeli aggression, as in the past.”

-Syrian rebels are receiving a massive influx of arms and assistance.  The following is from a recent article in the Washington Post…

Syrian rebels battling the regime of President Bashar al-Assad have begun receiving significantly more and better weapons in recent weeks, an effort paid for by Persian Gulf nations and coordinated in part by the United States, according to opposition activists and U.S. and foreign officials.

Obama administration officials emphasized that the United States is neither supplying nor funding the lethal material, which includes antitank weaponry. Instead, they said, the administration has expanded contacts with opposition military forces to provide the gulf nations with assessments of rebel credibility and command-and-control infrastructure.

-It is being reported that UK troops may soon be deployed to areas near the border with Syria.

NATO will defend alliance member Turkey, which struck back after mortar rounds fired from Syria landed inside its border, the alliance’s Secretary General Anders Fogh Rasmussen said at a meeting in Prague on Monday.

Once again, hopefully all of this will settle down in a few days.

But it is never easy to predict what is going to happen next in the Middle East.  There is so much hate and anger and things could literally explode over there at any time.

In the months and years to come, I expect the Middle East to become a major issue for the global economy and a major political issue inside the United States.

When war does erupt in the Middle East, it is going to dramatically affect the price of oil, and there will also be a tremendous amount of debate about whether the U.S. military should intervene or not.

Let us hope for peace, but let us also be very realistic about the situation over there.  Our world is becoming more unstable with each passing day, and the times that are coming are going to be very challenging. 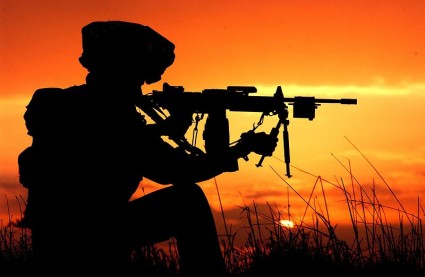