This is who Senator Reid really represents.

I have a neighbor that can literally build or fix anything. He has converted most of his electrical output on his house to solar. He has the ability to totally get off the power grid, but our energy provider, Arizona Public Service (APS), will not permit him to do so. APS has threatened to take action against anyone who attempts to go off the grid. Nobody is going to be allowed to be outside the control of the Communist Chinese as they prepare to take control over the entire energy grid by controlling solar power. Remember, we owe the Chinese a lot money and they are here to collect.

In a related matter, Arizona is furiously trying to convert as much energy usage from electric to solar. Many Arizona energy customers have save so much energy and money on their utility bills from the conversion to solar, that it is interfering in the profits of APS. In fact the solar initiative has been so successful that Pinnacle West, the parent company of APS, is screaming at the Arizona Corporation Commission to allow record rate hikes to maintain the promised profit margin for APS. And guess where the lion’s share of money is coming from to convert to solar? It is coming from our “friends”, the Communist Chinese. If we begin to connect the dots on this scenario, the endgame is frightening.

The Chinese Are NOT Our Friends

Another Benedict Arnold appears in the form of Senator Harry Reid who has a long history of facilitating Chinese energy deals at the expense of the American taxpayer. And now, Reid has attempted to steal the property an American to help his benefactors, the Communist Chinese, in the recent Bundy Affair. These deals are being done on behalf of a country that has publicly announced that they plan to destroy the United States in a first strike attack.

“Seen from the changes in the World situation and the United States’ hegemonic strategy for creating monopolarity, war is inevitable. We cannot avoid it. The issue is that the Chinese armed forces must control the initiative in this war…”

So why are 10 US Senators, led by Reid, handing over our solar energy to the Chinese in Solar Energy Zones?

More recently, and more disturbingly, the Chinese have threatened war against the United States over the Iranian situation. 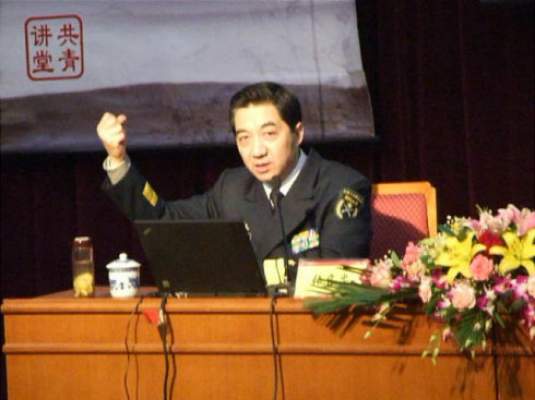 “According to NDTV, a Chinese news station based outside the country, in regard to recent speculation that Iran would be the target of a US-Israeli military assault, Major General Zhang Zhaozhong commented that, “China will not hesitate to protect Iran even with a third world war…”

What Will Be the Chinese First Strike?

I look the for Chinese to begin to control solar energy to an extreme degree and I expect that our use of solar energy will increase exponentially. This makes the Bundy Affair a watershed event which will likely repeat all across the country.  I am already receiving reports from places such as Barstow, CA. and Victorville, CA. that this is the case.

Our nation’s leaders have shown the Chinese how the American power grid works through the Chinese participation in the Grid Ex II simulated take down drill of the power grid by an EMP. The Chinese are also busy acquiring control over all American solar energy. The Chinese Solar Energy Zones are Agenda 21 friendly and would represent an acceptable alternative to the cap and trade proponents of the various climate change initiatives.

Isn’t interesting that these Chinese Solar Energy Zones are located next to other major energy sources (e.g. Palo Verde Nuclear Power Plant, Hoover Dam). Does this represent a long range plan to control all energy in the United States? If we begin to hear rumblings regarding a solar conversion of these facilities, such as nuclear power plants to solar energy as its base source of energy, we should all be more than concerned.

There is a question that emerges as it relates to the motivation of the Chinese in acquiring our solar grid. Are the Chinese attempting to conquer America, yet preserve portions of the power grid, by initiating an EMP attack, at some future date, on the American electrical power grid?

There is no way that the leaders of this country should ever allow a foreign entity to ever control even the smallest portion of our power grid. And for any politician who does so, they should be tried and convicted of treason.

Under this scenario of taking down the electrical power grid, martial law would be declared and out of the chaos would emerge a New World Order.