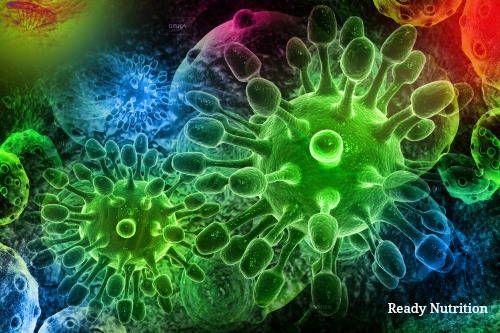 Antibiotics are one of modern day’s greatest discoveries, but it’s failing us. By our own hand, we have abused this medical achievement by using it as a “fix-all”, and it has caused antibiotic resistance issues that spans across the globe. In fact, antibiotic resistance is one of the biggest health threats of the 21st century. Superbugs, Staphylococcus aureus (MRSA), vancomycin-resistant Enterococcus (VRE) and multidrug-resistant Mycobacterium tuberculosis (MDR-TB) are increasing throughout the world and have the capacity to cause worldwide health issues. Moreover, no one wants to even walk into a hospital for fear of carbapenem-resistant Enterobacteriaceae, or CRE, that have been reported at hospitals around the country.

According to the CDC, each year in the United States, at least 2 million people become infected with bacteria that are resistant to antibiotics and at least 23,000 people die each year as a direct result of these infections. Last year, Keiji Fukuda, Director-General for Health Health Security at WHO warned, “Without urgent, coordinated action by many stakeholders, the world is headed for a post-antibiotic era, in which common infections and minor injuries which have been treatable for decades can once again kill.”

In a recent article on the subject, Fukuda once again stressed to the world:

“Common infections that have been easily treatable for decades could become deadly if the current growth of antimicrobial resistance continues.

‘Globally this is a really big issue,” says Keiji Fukuda, assistant director-general for health security at the World Health Organization. ‘We are seeing the same patterns of resistance basically occur everywhere.’

In Europe alone, 25,000 people now die each year from infections that used to be treatable with antibiotics, Fukuda says. Some Staphylococcus infections acquired in hospitals have become almost impossible to cure. The pathogens behind malaria and tuberculosis are evolving to elude even the best treatments.”

The Reality of it All – No One is Safe

The most important factor to keep in mind is when drug resistance develops in one part of the world, it quickly spreads to other areas. To that end – no one is safe. Folks, the not-so-distant future of a post-antibiotic world is already here. In fact, an epidemic is quietly raging in parts of India where an epidemic of antibiotic-resistant “superbugs” are killing the country’s newborns by the tens of thousands:

“Five years ago, we almost never saw these kinds of infections,” said Dr. Neelam Kler, chairwoman of the department of neonatology at New Delhi’s Sir Ganga Ram Hospital, one of India’s most prestigious private hospitals. “Now, close to 100 percent of the babies referred to us have multidrug resistant infections. It’s scary.”

… Researchers say the evidence is now overwhelming that a significant share of the bacteria present in India — in its water, sewage, animals, soil and even its mothers — are immune to nearly all antibiotics. Source

This is the beginning of a new era – an antibiotic-free era. This is a doomsday scenario that means that our current medical safety nets will be much smaller in the future. We won’t be able to treat cancer or diabetes, people will die earlier, and there won’t be elective surgeries or organ transplants. As well, the cost of medical care will sharply increase and dealing with infections will be a very serious process.

You should also consider the reality that our food sources will also be affected. Most of the food we eat in the industrialized world: beef, chicken, fish and seafood, as well as certain food crops are raised with the routine use of antibiotics. Raising these food sources without the dependence on antibiotics would become much more expensive and may cause exacerbated illnesses in animals, or farmers would have to change their raising practices, spending more money when their margins are already spread thin.

Last Ditch Efforts Are Being Made By the Medical Community

Doctors are beginning to make preparations for a time when the world is no longer using antibiotics. Consequently, the situation has become so dire that representatives from 194 countries are meeting at the WHO’s annual meeting in Geneva and have approved a new global plan to counter antimicrobial resistance. Plans are being made for every country to have a monitoring system in place by 2017 for drug resistance.

This system will also make a last ditch attempt to reduce the use and misuse of antibiotics in health care settings and agriculture, as well as invest in new drugs. Regrettably, these new, stronger antibiotics could cause more harm to the body and have the potential to attack more than just the offending bacterial cells. Scientists are also exploring the possibility of fighting fire with fire by turning to viruses to kill off bacteria.

“These specialized viruses, called bacteriophages, infect bacteria. Once in control, the phages use the bacterium’s own internal machinery to replicate until the bacterial cell is full and then bursts like a balloon…

Another promising alternative therapy that may take center stage in the post-antibiotic world is the use of cationic or antimicrobial peptides. Peptides are like mini-proteins, and these antimicrobial ones have the ability to both break up bacterial clusters by disrupting communication between the organisms and to kill them off [Sources: Borel; Izadpanah and Gallo]. The bonus is that they may also stimulate our own immune systems to fight harder to wipe out the infection.”

Our bodies are equipped to fight infection on their own, yet most of us no longer trust in natural ways of achieving this – especially in the Western world. Giving our bodies a chance to fight the infection before resorting to taking a course of antibiotics is a good start. If we don’t expose the bacteria to the antibiotics, they can’t develop resistance. Instead, we can take steps to develop and maintain our body’s natural defenses by getting enough rest, exercise, drinking lots of water and eating the right types of foods. The following are ten foods you should make a habit of eating in order to build up your body’s immune system.

Modern day antibiotics are failing us and we must open our eyes to the fact we are in the beginnings of a post-antibiotic world. The signs are there, the superbugs are raging on and we are losing the fight. The world has a choice: either the medical world makes drastic changes to stave off overuse of antibiotics or they resort to other alternative methods of eliminating bacteria.