In our post-Vietnam era, America vowed to never under appreciate the sacrifices that the men and women in uniform make whose service keeps us safe. However, the nation’s undying gratitude seems to be evaporating. Since Obama

has become President, the military has suffered through several years of  staggering cuts in funding and tens of thousands of military personnel have been shown the door.  Many of these cuts are being visited upon military personnel who were near retirement.  After 13 years of being embroiled in war, many soldiers feel that that military has been set adrift and lost all direction and purpose. Upon further examination, it is clear that Obama’s mission with regard to our military is to dismantle and destroy its fighting effectiveness, bit by bit.

According to the survey, before Obama became President, 85% of the troops would recommend a military career to others. Today, that number has dropped to 73%.  Re-enlistment rates have declined by 9% (72% to 63%), despite the horrendous domestic job market. 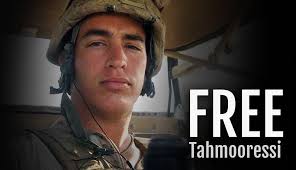 U.S. Marine, Sgt. Andrew Tahmooressi. Tahmooressi was imprisoned by Mexican authorities in March of 2014 after accidentally straying into Mexican territory while driving along a poorly lit section of the border and was found to be in possession of firearms, illegal under Mexican law, but was permitted under United States law. Obama allowed Sgt. Tahmooressi to rot in a Mexican prison for over 6 months without mounting a serious effort to seek his return. This has a deleterious impact on morale due to a President who would leave him behind. Is this case a deliberate attack upon the morale of American soldiers by this President?

Obama Is Compromising the Most Important Weapons System In the Navy 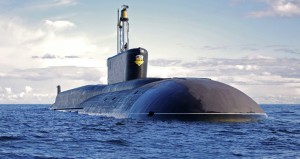 The Russians are increasing the size of their nuclear submarine fleet at the same time we are reducing. Why?

Under the direction of the Pentagon, via Obama, the U.S. Navy’s shipbuilding plan would see its attack submarine fleet diminish from 55 to 41 boats over the next 15 years. Meanwhile, Russia and China are increasing the size of their nuclear submarine fleet. The American attack submarines are the great equalizer with regard to the comparative inferior size of the American military. Obama is taking away one of the cornerstones of the American military defense strategy.  As The Weekly Standard so adeptly said that “this is a disaster in the making”.

Obama Is Significantly Weakening the Reach and Power of the Military 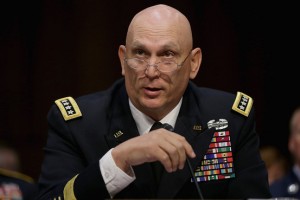 Photo: The chief of staff of the Army, General Ray Odierno

The chief of staff of the Army, General Ray Odierno, with regard to Obama’s cut in American troops, “The world is changing in front of us. We have seen Russian aggression in Europe, we have seen ISIS, we have seen increased stability in other places.”

When you have a President who has more than doubled the budget deficit, one has to wonder why this President is so hell-bent on weakening the military?

While I flippantly ask why doesn’t Obama simply scrap the infantry and bring back Larry Storch and F-Troop, Let’s consider that this is pure military suicide given the present state of affairs.

Speaking of military suicide, does Obama hold dear his fiduciary duty to protect the people of the United States, or is he solely beholding to corporate interests? Due to the escalating tensions with Russia over the CIA’s meddling and aggression in Ukraine, Obama’s actions have generated some very serious national security  concerns inside the military. This is due to the fact that the U.S. military’s largest satellite program is completely dependent upon a rocket engine produced by Russia. In a Cold War setting, which could go hot at any moment, what kind of President would not have looked for technological alternatives to the 180 rocket engines for its Evolved Expendable Launch Vehicle program.

In war, the U.S. military is totally dependent upon satellite surveillance for success on the battlefield. Without this component of warfare, the U.S. military would be overwhelmed by the numerically superior forces of China and Russia. Is this a case of stupidity or treason on Obama’s part?

Dismantling the Leadership of the American Military

Since assuming the Presidency, Obama has fired approximately 260 senior command officers. Since a near state of war exists between the U.S. and Russia/China, it is an outrageous act of incredible stupidity to dismantle the leadership of your fighting force which could be thrown into World War III in a moment’s notice! Again, I ask, is this stupidity or treason?
With regard to the mass military firings of senior command military officers, retired Army Major General Paul Vallely stated that “The White House protects their own. That’s why they stalled on the investigation into fast and furious, Benghazi and Obamacare. He’s intentionally weakening and gutting our military, Pentagon and reducing us as a superpower, and anyone in the ranks, who disagrees or speaks out is being purged.”

The current President not only leaves young marines behind to rot in a Mexican jail, he prevents the military from rescuing an American ambassador!

Here are two examples of Obama’s handiwork when it comes to firing senior command officers. While Ambassador Stevens compound was under attack, on September 11, 2012, General Carter Ham, commander of AFRICOM and Admiral Gaouette attempted a rescue of the ambassador in violation of Presidential orders. Both men were summarily fired for attempting the rescue on trumped up charges.

Gaouette was in charge of Air Craft Carriers in the Mediterranean Sea the night of Stevens death and he subsequently testified to Congress that he could have rescued Stevens.  The admiral was accused of using profanity in a public setting and was forced to resign his commission.

What kind of President blocks an attempted rescue of an American ambassador who is under attack by so-called terrorists?

Obama has further weakened the backbone of entire national defense system, our nuclear weapons program leadership. This is reckless, unneeded and unprecedented.

The Burden of Empire

We have apparently learned nothing about the demise of Britain and Rome. The American military is everywhere, but can defend nothing against a serious foe. the U.S. military is overstretched as it is in  it covers more ground, tackles more issues and is involved (actively or passively) in more combat areas than at any point since the Cold War.

The U.S. military has bases in 64 countries. We are defending more with far less.

This is a story which writes its own conclusion. This is an epitaph to the once mighty American military. We, the rank and file Americans, may not like the insidious manner in which we have carried out our foreign policy with the needless murder of millions around the world. This is true, however, a weakened American military puts all Americans at risk. It is difficult to believe that this is not the deliberate agenda of President Obama.

Annie DeRiso contributed to this article.