Every year millions of homes in the U.S. fall victim to burglars. It’s not exactly an uncommon occurrence, even in the nicest of neighborhoods. However, breaking and entering tends to peak during the holiday season. Between November and December, roughly 400,000 homes are ransacked, each costing an average of $2230 for the homeowner in lost goods and damages.

Making matters worst, there’s often a lack of any substantial evidence for these crimes. Less than 15 percent of home burglaries are ever solved, and there’s a good chance that if your home is broken into, you’ll never get your stuff back. This is especially worrisome for some families, not just because of cost, but for the loss in sentimental items that can’t be replaced with an insurance claim.

Fortunately there are plenty of tools at your disposal for keeping your property safe for the holidays, or any time of the year for that matter. Most of them cost significantly less than an alarm system, and altogether can provide several layers of security to your home. Below are seven awesome tools for keeping your place safe this Christmas. 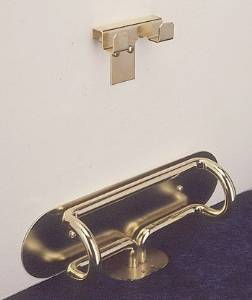 One of the best things you can do to secure your home, is to create as many barriers for anyone who would attempt to enter. No matter what you install, someone can figure out a way to get past it. However, burglars want to get in and get out as fast as they can. If it takes them too much time to get through the front door, or if it’s too noisy to break through, then they’ll have to look for an easier target.

If you’re looking for the ultimate barrier, then consider the Door Club. It consists of a floor mount, a flat metal pad for the door, and a hefty brass door stop. Once that door stop inserted into the floor mount, no one is getting through your home without a battering ram. 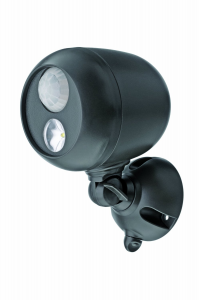 Light is the enemy of every criminal, and a motion activated light is a great way to keep burglars at bay. When you think about, these lights mainly work on a psychological level. Normally most people are not actually paying attention when one of these go off, but it gives the impression that someone is watching your every move.

If you’re away from home, then having a motion light is a good way to make burglars think twice before paying your home a visit. And if you are home and can see the light from a bedroom or living room, you can rest assured that you’ll always know when someone is approaching your property. 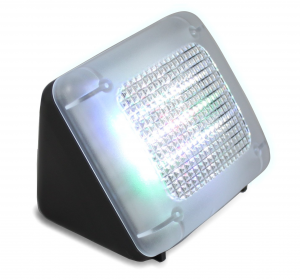 Any criminal who specializes in breaking and entering is somewhat of a coward by nature. While it does take some guts to break into a home, it’s nothing like mugging someone on the street. Most burglaries take place between the hours of 6am and 6pm, which you’ll recognize as the time when most people are at work. For them, the perfect robbery goes without any pesky homeowners attempting to protect what they own. If they had the moxy to face someone, they’d go out and mug someone or rob a bank.

That’s why finding a way to make the burglar think you’re home, is one of the best ways to keep your place from being robbed. I’d highly recommend a fake TV. These devices run on a very small amount of electricity, and are designed to bathe your living room with a random assortment of lights, giving the impression that someone is at home watching tv. 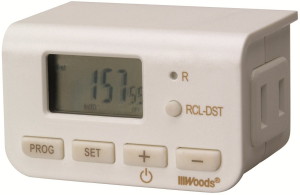 Much like the fake tv, the lamp timer is another method of eluding burglars when you’re not home. The device is nothing more than an outlet that activates at a predesignated time. Simply plug it into the wall outlet, and then plug your lamp into the timer. You can then adjust what time of night you want the outlet to turn on, which it will repeat every night from then on. 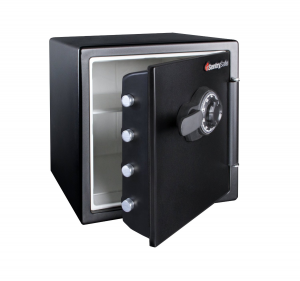 No matter how many precautions you take, there’s still the possibility that a burglar will make it into your home. It’s a good idea to have a safe of some kind, and it doesn’t need to be big or expensive. It just needs to be really strong and heavy. For about $100 you can get a classic combination safe with 1.5 cubic feet of storage. It weighs around 85 lbs, so most people are going to have some trouble getting it out of your house. Plus it’s fire and water resistant.

Despite the weight, it’s still small enough that you could find a decent hiding place for it. Statistically, most burglars go straight for the master bedroom, since that’s where most folks keep their safe. I would suggest hiding it somewhere odd like under the bathroom or kitchen sink. 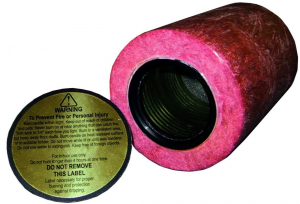 You can also hide your belongings in plain sight. There are dozens of very clever hidden safe designs, including water bottles, soda cans, sticks of deodorant, and even bolts. You could also make or buy a book safe, though I think that idea has become a little cliché, and most burglars are familiar with them. Personally, I would recommend the candle safe for two really good reasons. First, it has a lot more storage room than most hidden safes. And second, a candle is a lot less likely to be accidentally thrown away than a water bottle or soda can. 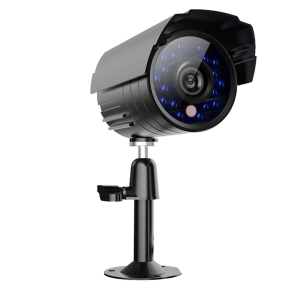 And finally, the best way to protect your property when you’re not home is having security cameras. A good security system should come with multiple cameras that are night vision capable, and are often set up with 3G internet access, so you can take a look at your cameras from your smartphone.

It’s a good idea to make the cameras as visible as possible to act as a deterrent for any would-be burglars. Since most burglars are never caught, catching them on film will help police identify them, giving you the best chance of getting your property back. Although it is one of the more expensive items on this list, it still costs a lot less than the average $2230 that most homeowners lose when their home is burglarized. If you happen to live in a neighborhood that is prone to break-ins, then having security cameras is a must, and will probably save you a lot of time, money, and heartbreak in the long run.