Ever since solar panels became popular, there has been one question the utility companies have been afraid to ask. And that is, how long before solar kills the grid? And more importantly, is it even possible?

Let me answer that with an image. 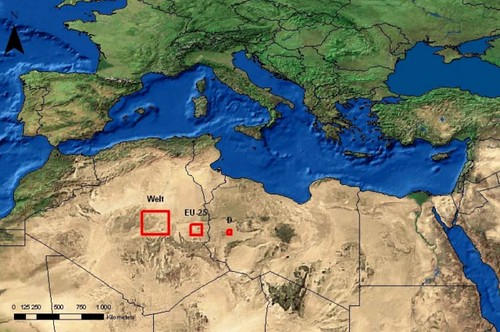 What’s being depicted here, is how much of the Earth’s surface would have to be covered in solar panels to fuel the world’s electricity needs. That image comes from a graduate thesis from a college student in Germany. That large square titled “Welt” is all we would need to power the human race, and it’s about 158×158 miles in size. Obviously, making a 25,000 square mile solar farm wouldn’t be practical in real life, but it illustrates a point. Using solar to replace many of our current fuels is feasible. There’s only one thing that’s preventing it from happening. It all boils down to the affordability and capacity of rechargeable batteries.

And the subject of batteries has brought that aforementioned question to the forefront, with Tesla’s recent announcement that they’re going to start producing energy storage cells. These won’t be ordinary batteries that you use in your car, but huge wall mounted appliances that can store large amounts of energy. As the cost of rechargeable batteries continues to drop, something like that could really be the death knell of the utility companies as we know them, and here’s why.

There have always been two forces driving solar technology. The panels themselves and the batteries that store what they produce. Both are equally important, even if the solar panels tend to get all the credit. You could have the most efficient and durable panels in the world, but if you don’t have some way to store their excess energy, then they’ll never be able to compete with the grid. But if the battery is big enough, then obviously you can store your extra energy and use it when the sun goes down.

Tesla’s battery might just be the missing ingredient in the solar revolution. Their standard unit (which is called the Powerwall) can store 7 kilowatt hours, and multiple units can be stacked together. Each one costs $3,500 and lasts about 10 years. Putting three together would be enough to supply the energy needs of the average American household. While that may sound expensive they’ll eventually pay for themselves, even without the solar panels. You can use them to charge from the grid at night when rates are lower.

Will this be enough to hurt the utility companies now? Probably not, but it’s a start. Heck, in 10 years time the batteries might not even be made out of lithium. There are dozens of companies out there that are working on cheaper and more efficient replacements for lithium, and they could easily cut the Powerwall’s cost in a big way. It’s just a matter of time before solar and battery technologies improve enough to make the grid obsolete.

Eventually, both of these technologies will improve to the point where you can make and store all of the energy you need without the grid, and just about every middle class family will be able to afford it. And that trend has been well documented for some time. 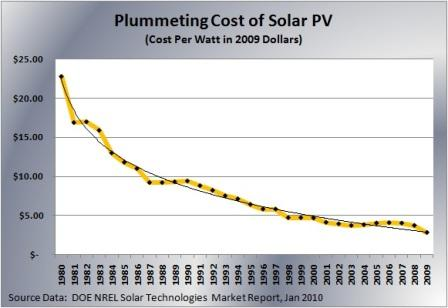 When that happens, the utility companies will be relegated to high population density areas where there isn’t enough space for solar to supply everyone’s energy needs, and large commercial/industrial applications. In that case, usage rates will be small enough, that industrial sized power generators in businesses and factories could pick up what little slack the solar panels leave behind. These “microgrids” would ultimately spell the end of the utility companies.

Someday, we may all have what most preppers have long sought. We may all be living off the grid.