Grabbing the national headlines at the moment is the story of the murder of 18 year old and unarmed Michael Brown by an unidentified member of the Ferguson Police.  Local citizens have accused the police of ongoing racial profiling and extreme police brutality.

After the murder of Brown, local protesters have taken to the streets and began to riot and loot. Yes, this had to be stopped. However, someone needs to explain why the Washington Post’s Wesley Lowery and the Huffington Post’s Ryan Reilly were arrested Wednesday evening, August 13th, while working on their respective stories in a McDonalds restaurant.

Someone also needs to explain when peaceful demonstrators take to the streets, the local police respond by using laser scopes to target protesters who are peacefully gathering. Officers have also responded to the protests with MRAPS, AR 15 assault rifles, full body armor, the use of rubber bullets and tear gas on nonviolent demonstrators. Ferguson, Missouri looks more like Afghanistan than the streets of America.

Welcome to police state America. And this is not just confined to Ferguson, this is happening all across America. 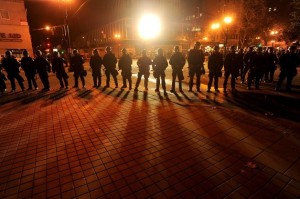 The Oakland Police Department (OPD) is reinstating police officer, Robert Roche, who was suspended in 2011 during the Occupy Oakland protest Roche was suspended after he threw a flashbang grenade into a crowd who were trying to help a peace activist who was struck in the head by another police projectile. Using the old worn out Nazi storm trooper excuse, Roche was not held responsible for his actions because he was”just following orders“. Then why not hold the thug who actually gave the order responsible?  Well, Roche’s superior who gave the order was actually promoted. Welcome to police state America.

Before you feel sorry the brown-shirted Roche, his reinstatement is a sign that there are still major problems within the OPD as Roche has killed three people while on duty.

Abusing the Public In Milwaukee

Wisconsin: Milwaukee County Sheriff David Clarke and four of his deputies are being sued by Tanya Weyker for covering up the lies about the crash caused by Deputy Joseph Quiles who rolled through a stop sign and T-boned her car.

The officer lied and said Weyker was driving drunk and she was arrested. Yet, subsequent lab results showed no alcohol or drugs in her body. Her neck was broken in four places, requiring fusion with steel rods. Quiles remains on duty while Weyker remains in the hospital. Welcome to police state America. 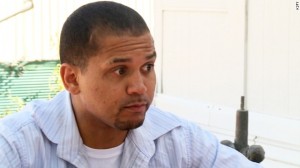 The father of the tased girl, “No 8 year old should be tased”.

Official documents only identify her as LMJ, an eight year old girl who was having a tantrum and picked up a kitchen paring knife when four “real men” from the Pierre, SD., police force showed up to the house. They immediately struck the girl with a Taser and the force of the blows knocked her into a wall and police were forced to enact life-saving procedures. 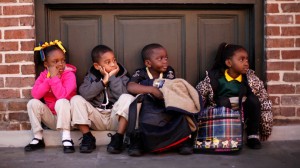 In Baltimore, MD., local city council members voted 13-2 to impose the strictest curfew laws in the country. Children who are caught out after curfew and will be taken to a detention facility and CPS can be called to come get the kids. The last thing that Baltimore residents need is for law enforcement to be  acting as procurement officers for CPS seizure. If you are new to this column, simply Google Lexi Dillion, Stacy Lynne and Monika Wesolowski and you will see just how bad of an idea that this is. Parents will be fined $500 when their children are picked up. Welcome to police state America. 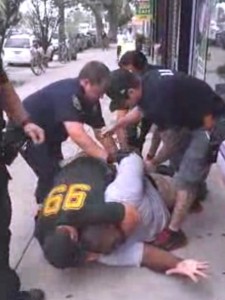 An unarmed man was illegally selling cigarettes broke free of an officer trying to grab him and for that the police felt justified in murdering him by choking 000him to death as the victim begged for his life.

Murder victim, Eric Garner, was heard to say by onlookers, “I can’t breathe” but that did not stop officers from killing him. Actually, New City police rules that forbid chokeholds and define them as including “any pressure to the throat or windpipe, which may prevent or hinder breathing or reduce intake of air.” Still, no charges have been filed for this homicide.

According to the Economist Intelligence Unit Democracy Index 2013, the United States is tied with Romania for forty-ninth in civil liberties. Several countries such as Australia, Canada, Ireland, New Zealand, and Norway are tied for first.

Secretly disappearing people under the NDAA, executing three American citizens with drones, and unbridled, Fourth Amendment violating spy activities will put a country on par with Romania with regard to civil liberties.

We have also lost Habeas Corpus and we are losing our free speech rights to the United Nations as well as every form of due process that we once cherished under our Constitution. And if you don’t like the unfolding criminal enterprise system which suddenly appeared before our collective eyes, the bankers have rolled out a technocratic police state which would make Stalin and Hitler envious. Both the police state and impending martial law are bolstered by the fact that the Department of Homeland Security has purchased 1.6 billion rounds, oops, make that 2.2 billion rounds of high tech bullets engraved with the names of citizens who dare to oppose this tyranny.

Your Children Belong to the State

Can one only imagine how far America’s civil liberties rating would have fallen if Obamacare’s most dastardly provisions were known to the pollsters? Obamacare kicks in, American will soon learn that they have lost their parenting rights.

Under Obamacare, thanks to an United Nations document which now constitutes the mainstay guidelines of all 50 state CPS’ field manuals, parents will soon lose custody of their child if they are a gun owner, have beer in the home, if their child gets a bad grade, if their child gets sick and misses five days of school in any one 30 day period, or if their parents have dangerous ideas. CPS will soon have the right to enter your home without a warrant in order to search for ways to remove your children from your custody. Welcome to police state America.

Extreme police brutality, martial law type curfew rules, the theft of children from CPS, the passage of the NDAA and DHS arming against the people are all signs that we now live under undeclared martial law. These cases are only the tip of the iceberg. Welcome to police state America!

Dave Hodges is an award winning psychology, statistics and research professor, a college basketball coach, a mental health counselor, a political activist and writer who has published dozens of editorials and articles in several publications such as Freedom Phoenix, News With Views, and The Arizona Republic.

The Common Sense Show features a wide variety of important topics that range from the loss of constitutional liberties, to the subsequent implementation of a police state under world governance, to exploring the limits of human potential. The primary purpose of The Common Sense Show is to provide Americans with the tools necessary to reclaim both our individual and national sovereignty. You can follow Dave’s work at his web site, on Facebook and Twitter.