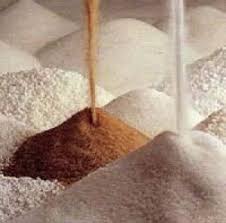 Whilst on a recent holiday in Egypt a fellow traveller cut himself, quite badly, on what or how I have no idea, he was Russian with no English, I am English with no Russian.  I made hand gestures as if I was suturing the wound, and then took out my mobile indicating I was going to call the medical centre on the resort. At this point one of the staff arrived, looked at the wound, said “you sit, you sit” to the Russian and ran off, coming back two minutes later with a bowl and a white cotton napkin. I was about to protest that bathing it with non-sterile water might not be a good idea as it was quite a nasty cut when he parted the sides of the wound with his (unscrubbed) thumb and forefinger and poured a large amount of sugar into the cut, which he then bound with the large white cotton dinner napkin.

I tried asking him what he was doing, but my Egyptian Arabic extends to a few platitudes and assorted odd words so I went to find Mahmoud, an exceptionally pleasant guy with a command of several languages I would be very proud of.

Mahmoud explained that sugar has been used in Egypt and many other Middle Eastern countries for generations as a safe way to treat cuts and in some cases burns. I had heard of honey being used but never plain, white, granulated sugar. Mahmoud assured me brown sugar works as well.

The next day I saw the Russian guy, he had been to the medical centre but the wound was doing well and was clean so the doctor packed him off telling him to come back if there were any problems. Via his friend who spoke some English I asked if I could have a look at the wound.

I was totally amazed. It was clean and quite dry and healing far faster than I can recall seeing a wound that deep heal before. At dinner that evening I collared Mahmoud and asked if he knew more. He said not really, just that it’s passed down from generation to generation that sugar heals cuts, and sometimes he had seen it used on burns.

After getting home and dealing with the house break in and the car accident as well as trying to cope with the shock of our house selling after a mere ten days on the market I started to research sugar as a wound healer. I called a few friends, past colleagues and asked around gaining bits and bobs of info along the way.

A couple of weeks later one of those colleagues called me to say that there was a study going on regarding the use of sugar in wound healing. I contacted the university that was running it and the hospitals involved in the trial but due to the fact it was a post-graduate research project and real live patients were involved much of what I found out could not be published.

Happily someone, somewhere in the chain of people involved, spoke out and the BBC got hold of the story so it’s now in the public arena and those people willing to be named are on record regarding their views of the treatment.

In Zimbabwe it’s also common to use sugar to heal wounds. Its thought that the sugar draws moisture out of the wound, depriving bacteria of the moisture they need to grow.

Sugar has been used for generations to heal wounds in Africa but so far has had its potential ignored by main stream medicine. A nurse in the UK has thrust the treatment into the limelight.

The study is underway at three hospitals in the British Midlands where patients with various degrees of wounds are being treated with nothing more than sugar.

Moses Murandu is the nurse responsible for the research. The results from the treatment of 35 patients are very encouraging but more research is needed before it becomes a first line treatment.

One patient Alan Bayliss aged 62 has had the sugar treatment on the wound he was left with following an above knee amputation that was healing badly. Mr Bayliss is thrilled with the results and feels his recovery has been far more speedy than it would have been without the treatment. He admits he was very sceptical but is thrilled by the results.

Honey has long been known for its microbial action and its ability to promote wound healing and some cultures mix honey into the sugar before applying it to wounds to increase the pace of wound healing. Using honey is not part of the Birmingham study. Two other patients have been willing to make comments regarding their treatment though they do not at this point wish to be named.

Their comments have astounded me. Both of them report a reduction in the level of pain associated with their wounds. Both of them say that they feel physically better in general though they cannot explain exactly in what way. My assumption is that a reduction in pain levels has improved their outlook and made them feel more positive about their condition.

One woman, an elderly lady who has a leg ulcer that has been resistant to most treatment is totally convinced the sugar has healed her leg. The ulcer was recurrent and had never fully healed, this is what she said:

” It’s been there months, and it was very painful, it stopped me walking, not that you do too much of that at my age, did I tell you I am 91? Well it gets smelly, and its sore all of the time, the dressings sometimes stick to it. The nurses try so hard but it hurts. Then someone came and told me about the sugar, well I laughed….sugar, I’d never heard the like, sugar. The young man came and explained it all to me, he said it might help. They took off the dressings and spooned sugar onto my leg, right out of a dish. It didn’t sting at all. Then they put a dressing on and that was it. The next day they came to change the dressing. It wasn’t stuck to the sore, and the sugar had soaked up all the nasty stuff, the sore looked clean. They never washed it, just put more clean sugar on and another dressing. It’s healed up almost after about three weeks, I can’t believe that sugar did this. Just sugar from a sugar bowl. Just sugar.”

The other patient commented:

“This is just the most amazing thing, it’s made such a massive difference to me. I am not groggy from the painkillers and I don’t dread the dressing changes any more. They smear a little cream on the skin around the wound and then put sugar inside, I think the cream is so it doesn’t stick, I think….it’s great.”

Sugar was first used for healing on the battlefields of ancient Egypt more than 4000 years ago. It fell in popularity with the advent of modern medicine  and fell out of use almost completely when antibiotics became available.

The advantages of using sugar are many. It is cheap, readily available, does not require a prescription and does not cause resistance to name but a few.

The sugar does not cause any pain when applied, and those who have used it for wound healing say it actually reduces the throb associated with such injuries without the need for other, medicated pain relief.

After finding out about this I have used it on a minor cut and a mouth burn associated with a too hot drink. The cut is fine. The mouth burn stopped hurting within a minute of putting a half-spoon of sugar onto the site and letting it dissolve.

From my point of view this is a definite keeper in my tip file. From a prepping point of view this could save countless cases of infection at a time when medical help and antibiotics are in short supply or even non-existent. Preventing infection in times of crisis is paramount and this may just have provided preppers with a cheap, viable solution to a problem that concerns us all.