A four-year-old girl has become the sole survivor of a plane crash in Russia’s Far East, miraculously sustaining only non-life-threatening injuries. RT looks at remarkable stories of people who escaped death in air disasters where others did not.

On Wednesday, a small plane went down in the Khabarovsk Region as it was trying to descend to an airport in the village of Nelkan. The hard landing saw the aircraft collapse, and two crew members and four passengers died. The plane fell from a height of 600 meters in a forest, but the four-year-old girl survived the accident. She suffered concussion and a broken leg, Interfax reported, citing a source in the local transport watchdog service. The girl has been transferred to a local hospital in serious condition, according to the facility.

Heading to see her grandmother, the child was travelling without her parents, but accompanied by a local school teacher. The woman reportedly covered the girl with her body to protect her from injuries, according to witnesses who came to the crash site.

On January 26, 1972, 22-year-old flight attendant Vesna Vulovic was on board Yugoslav Airlines Flight 367 when the plane blew up midair en route to Belgrade. The incident took place near Srbska Kamenice, in Czechoslovakia. Of the 28 people on that plane, Vesna was the only one who made it, falling to the ground from 10,160 meters (33,000 feet) after a suspected terrorist bomb placed aboard went off. She endured multiple fractures, and spent 27 days in a coma, followed by 16 months in the hospital. The young flight attendant’s miraculous survival entered the Guinness Book of World Records for the longest non-fatal fall without a parachute. “People always want to sit next to me on the plane,” she once said. Vesna later returned to work with the airline, taking on a desk job, although reportedly eager to get back in the air. 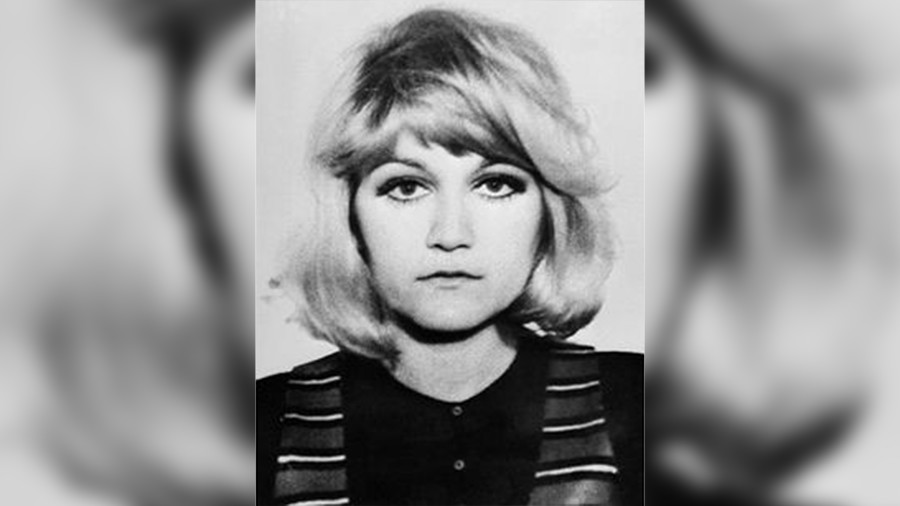 A Yak-42 plane carrying the entire first team squad of Russia’s Lokomotiv Yaroslavl hockey club plowed into the ground minutes after takeoff, instantly claiming 43 lives on September 7, 2011. Lokomotiv and Team Russia player Aleksandr Galimov and flight crew member Aleksandr Sizov survived the wreck, however. Five days later, Galimov succumbed to his injuries. “We’d taken off the unpaved ground, I’d realized the plane was falling and that we’re going to crash,” Aleksandr Sizov said in an interview afterward. One of the greatest tragedies of Russian sport, September 7 has become a blank date in national hockey leagues with no matches scheduled for that day. The catastrophe is commemorated not only in Russia, but also in the countries where the team’s players came from, including Belarus, Czech Republic, Germany, Latvia, Slovakia, Sweden and Ukraine. 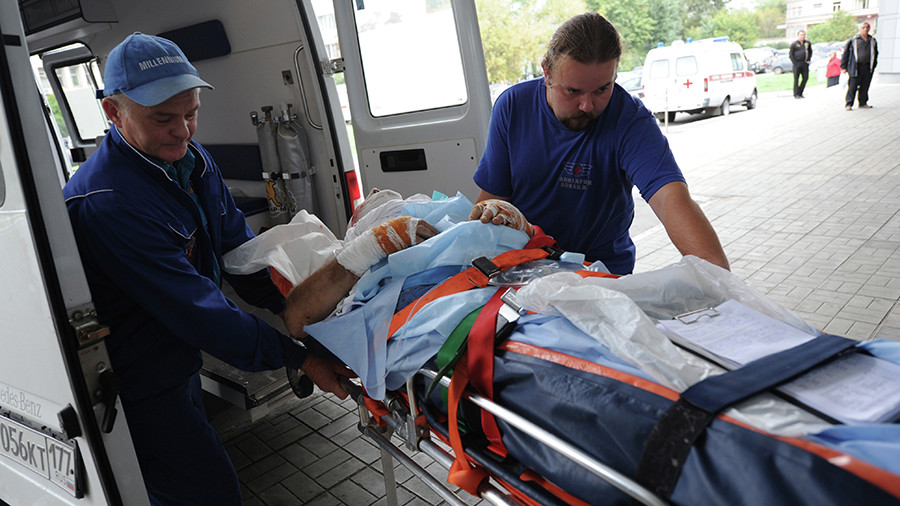 A 12-year-old Parisian girl, Bahia Bakari, found herself in the water, clinging to a piece of wreckage, after a Yemenia Airways flight en route to the Comoros islands with 153 people on board plunged into the Indian Ocean on June 30, 2009. Bakari had been drifting for ten hours until a passing fisherman rescued her from the ocean.

“I asked her what happened and she said, ‘We saw the plane fall into the water. I found myself in the water. I was hearing people talking but I couldn’t see anyone. I was in the dark. I couldn’t see anything. Daddy, I couldn’t swim very well. I grabbed on to something, but I don’t know what,’” her father Kassim Bakari said later. As the other 152 people aboard the flight died, Bahia’s story had been described as a miracle. “In the midst of the mourning, there is Bahia. It is a miracle, it is an absolutely extraordinary battle for survival,” France’s cooperation minister, Alain Joyandet, said. 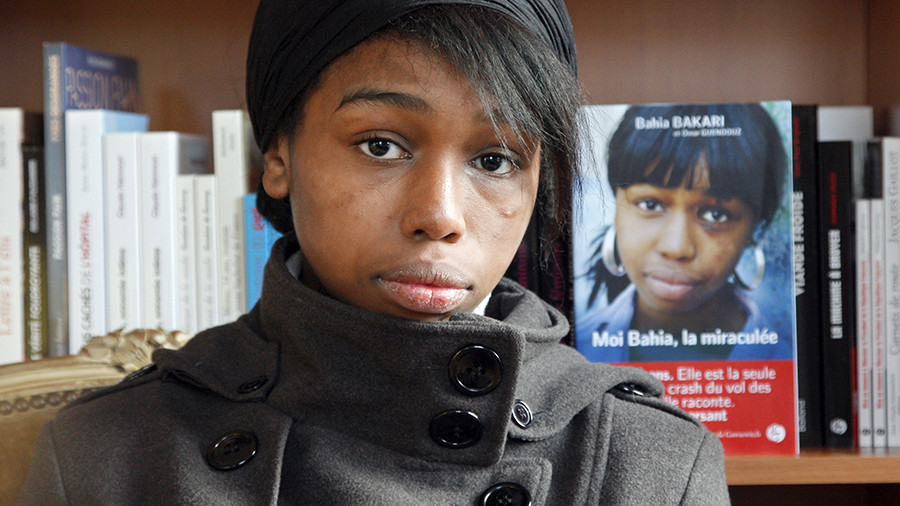 Ruben Van Assouw made world headlines after surviving a crash aboard an Afriqiyah Airways Airbus 330-200 near the Libyan capital, Tripoli, on May 12, 2010. The accident killed 103 crew and passengers, including the boy’s parents and older brother. The 9-year-old boy was going home from a safari in South Africa, where his parents had celebrated their 12 1/2-year wedding anniversary in a Dutch tradition. Unconscious and bleeding, Ruben was found strapped into his seat among the debris. “I am lying in a hospital. There are men and women. I do not know how I’ve come here, I know nothing,” Ruben told De Telegraaf newspaper at the time, while he was still recovering in the hospital from multiple leg fractures. Later, the boy was reportedly raised by his uncle and aunt in the Netherlands. 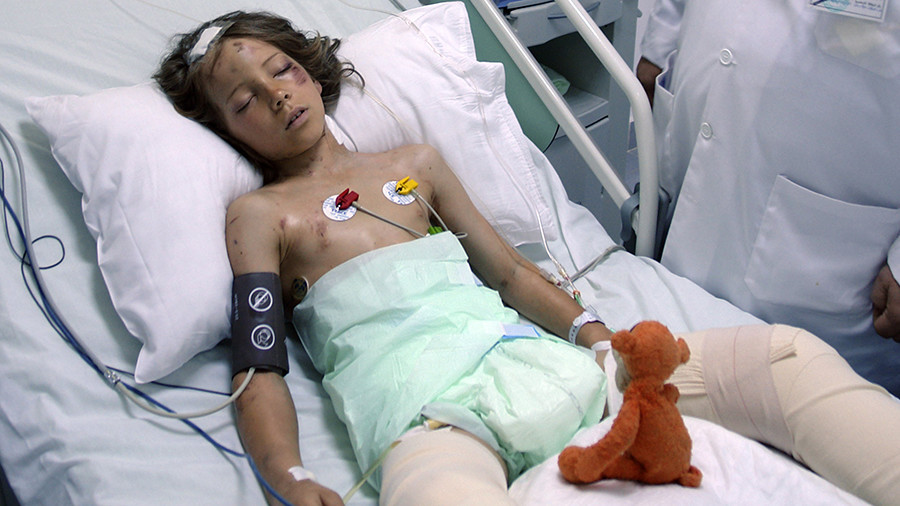 Nine-year old Dutch boy Ruben van Assouw (C) lies in a hospital bed prior to his transfer onboard a plane heading towards the Netherlands at Mitiga airport in Tripoli May 15, 2010/Reuters