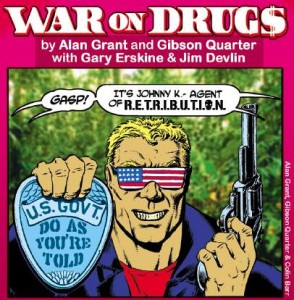 Such atrocities could perhaps be dismissed if they were aberrations – the actions of isolated, crazed cops in some cracker backwater. But they are terrifying because they’re becoming routine – because crazed – and unrestrained – policing is now the norm.

The origins of the American Police State can be traced back not to Nahhnnnlevvven – which merely threw gasoline on an already burning fire – but to the odious “drug war.”

The war on some drugs is actually a war on reason as well as ethics – with the inevitable casualties being human beings, not the “drugs” allegedly being warred upon.

It is based on the twisted notion that some people (government people, whether they are politicians or bureaucrats or their paid enforcers) are entitled to arbitrarily decree that some “drugs” (but not others, the ones they happen to approve of) are – presto! – “illegal” and that mere possession/use/sale/manufacturer (all peaceful activities as such that entail no victim, hence no crime) is sufficient warrant to eviscerate not merely the Bill of Rights but human rights. This demented crusade justifies random rousting of anyone, at almost any time, anywhere, if a cop (or a got-damned dog) believes that person might have the arbitrarily illegal item in his possession. 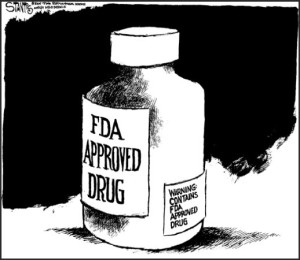 The other day I was reading about a despicable but all-too-predictable case here in my area. A dirt poor dude who lived in a run-down single wide (until the SWAT team “took him down”) was sent to prison for two years – no parole. His “crime”? Manufacturing meth. That is, he had an old 2 liter soda bottle and some cold pills he’d tried to transmute into the proscribed substance.

The judge lectured the poor hillbilly about the “harm he has caused the community” – though as usual, no evidence was presented that the hillbilly had harmed anyone (except perhaps himself – which ought to be his business and can only be regarded as a “crime” by a society that believes people own other people).

But let’s say the prosecutor had found a person who was hurt in a car accident caused by one of the hillbilly’s customers. This is more or less what the judge meant by his use of the blanket indictment, “harm to the community.”

Let’s try to parse this logic. What if the winery down the road sells a case of its “drug” to someone, and that person subsequently gets loaded and then plows his car into a van full of children, killing them all? Should a SWAT team be sent to the winery? Will the wine maker be arrested and caged and sent to prison for two years on account of whatsomeone else did with the “drugs” he merely manufactured and sold? 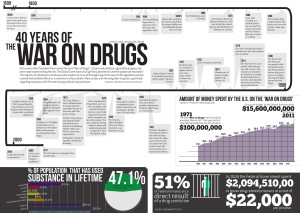 Of course, neither of them “pushed” anything.

They each made an intoxicating substance and offered it for sale. Neither forced anyone to purchase or consume the intoxicants. People freely chose to do so. And their subsequent actions – their free will choices – are not the responsibility of the persons who made the intoxicants any more than GM is responsible for what I do with the 200 MPH-capable Corvette they sent me to review. 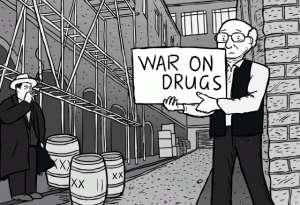 The fact that some people commit an irresponsible or even criminal act after using “drugs” does not mean everyone who uses “drugs” – of whatever type  – is guilty of or even likely to commit criminal acts. The proposition is absurd. And the idea that everyone who uses or makes or sells “drugs” is – ipso facto – criminal and ought to be treated as such, vicious and downright stupid, too.

If it is not vicious or stupid or absurd then  – to be logically consistent – alcohol Prohibition must be re-enacted immediately. If the meth maker is a criminal merelybecause some of the people who buy his product may cause harm to others after partaking of his product, then the government-run ABC store that sold a half gallon of 190 proof grain alcohol to the college kid who later took a dive off the third floor of a building to his death below is also a criminal enterprise and all involved ought to be rounded up and severely punished.

The half-brained uplifters and moral temporizers – the Clovers who rule us – cannot fathom such obviousness. Cannot grasp the sameness – and therefore, the arbitrarinessand unfairness eludes them.

They demand group-guilt, not individual accountability.

Their petty prejudices drive them. The “good Christian people” in my area enjoy their whiskey, their wine and beer. So those “drugs” – and alcohol isa drug (a potent one) as much as THC as much as Meth, as much as any other intoxicating substance – are socially acceptable. And so, legal. And thus, it would never occur to these holy rolling hypocrites to sic the cops on the beer truck outside the country store – notwithstanding that the local alcoholic wife beater is awaiting the next delivery.

Nor send the SWAT team to kick in the door of the wine-maker at 2 in the morning and cart him off to prison for the “crime” of making an intoxicant.

Only the pariah “drugs” are “illegal,” the object of no-holds-barred prosecution and punishment.

Clovers are psychopaths. Not only are they unable or unwilling to think. They havecontempt for it. Their personal, subjective feelings are what matters. They don’t like thisdrug – but that drug (their drug) is ok. 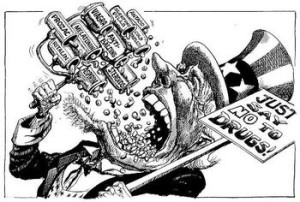 But just as the “good Germans” who didn’t sweat the fate of the Jews ended up learning the hard way, once you permit the arbitrary abuse of any individual – let alone a class of people – it is almost inevitable that all people will end up being arbitrarily abused.The fact that you didn’t do anything doesn’t matter.

Think about that next time you see those blue and red lights flashing in the rearview. And reflect on  what may be about to happen to you.