College students and graduates around the nation are buried in debt and trying to succeed in an extremely difficult and competitive economic environment. Many people are graduating only to find that they are unable to get the jobs they want either due to the small number of available positions or, more usually, the problem that they lack “experience” – and are thus reduced to working menial jobs while paying back exorbitant loans.

So far very little legislation has been passed to aid students in paying back their loans, and many blame politicians. However, the situation goes deeper than this and lies, in part, with a little-known institution called the American Bankers Association.

According to its website, the ABA is “the voice of the nation’s $14 trillion banking industry, which is composed of small, regional and large banks that together employ more than 2 million people, safeguard $11 trillion in deposits and extend nearly $8 trillion in loans.” The ABA believes that “laws and regulations should be tailored to correspond to a bank’s charter, business model, geography and risk profile.”

While it’s obvious that the American Bankers Association works in the interest of bankers, the organization has an intriguing history regarding student loans and the way it has actively fought against the interests of students.

Not in the Interest of Education

The ABA’s war against students started in the mid-1960s, during the Lyndon Johnson administration. President Johnson ordered the formation of a task force to examine the role of the federal government in higher education, specifically student aid, to be headed by John W. Gardner. In its report, the task force noted, “Of the students who did not attend college and who had families who could contribute only $300 or less to their education, about 75 percent of the men and 55 percent of the women indicated that they would have attended college if they had had more money available.”

Johnson saw this as a loss of human capital and, seeking a remedy, signed into law the Higher Education Opportunity Act of 1965. The law included many suggestions from the Gardner task force – such as the advice that government should aid students monetarily via grants and loans, as well as create special programs for college-aspiring low-income students.

This, however, posed a major problem for the American Bankers Association. The organization worried about government encroachment on its business, specifically in the form of loans, arguing that “the federal government could not replicate the working relationships that locally-owned financial institutions had with state and private non-profit guarantee programs,” and warning that “the federal government would end up taking over the industry because there would be little incentive for the state and private non-profit agencies to establish their own programs.” To placate the bankers, the Johnson administration assured them the federal government would be the ultimate loan guarantor if no one else was available.

And yet, a half century later, the ABA is still waging a quiet war on students by actively combating virtually any legislation that would ease their debt burden. With regards to students being able to rid themselves of college loans by declaring bankruptcy, the ABA stated in 2012 that, if allowed to go into effect, such an option “would tempt students to rack up big debt that they won’t repay… [and that] the bankruptcy system would be opened to abuse.”

The ABA’s position is more than a little ironic: preemptively accusing students of engaging in irresponsible lending even as the banks themselves engaged in massive amounts of that exact activity by giving mortgages to people they knew could not repay.

The assumption that students would borrow money and then declare bankruptcy is, in fact, ridiculous when considering the severe negative effects that would be incurred by filing bankruptcy – such as harming their credit and preventing them from obtaining new lines of credit, and even causing problems when they apply for jobs.

Due to the bankers’ unrelenting fight against any policy that would enable students to absolve themselves of loans through bankruptcy, the only option left to students who couldn’t pay was default – which, coincidentally, worked quite well for the banks. When people default on student loans, a number of effects come into play, including:

While numbers 1, 2, 3, 4 and 7 mean horrible results for the borrower, they allow banks to retrieve their money back no matter the cost to individuals in the immediate aftermath or the future. So a young person’s entire economic future has pretty much been destroyed through default? Well, that’s just the cost of doing business.

Fighting Students for Half a Century

The American Bankers Association recently fought congressional efforts to prevent the interest rate on student loans doubling from 3.4% to 6.8%. The bill in question, SB 2343, was also known as the “Stop The Student Loan Interest Rate Hike of 2012.” Democrats like Elizabeth Warren wanted to finance the bill by closing a tax loophole which “wealthy individuals and large corporations [would] often file using ‘subchapter S’ companies to dodge paying employment taxes.”

In response, the ABA and other business and lobby groups, including the U.S. Chamber of Commerce, opposed financing the bill on the grounds that it would “make tax collection less enforceable than current law and do little to increase compliance.” In the end, Republicans, with some Democratic support, shut down the bill, and student loan rates have now doubled.

While many have accused the ABA of holding major sway with Republicans, a report from Campaign For America’s Future, entitled Moneychangers In The Senate, noted that “six Democratic senators—Blanche Lincoln, D-Ark.; Mark Warner, D-Va.; Tom Carper, D-Del.; Ben Nelson, D-Neb.; Bill Nelson, D-Fla., and Jim Webb, D-Va.—sent a letter to Senate Majority Leader Harry Reid to make him ‘aware of our concern’ about reform efforts [to aid students] and urging consideration of ‘potential alternative legislative proposals.’”

Translation: Democrats who had been bought and paid for by lending companies were urging Harry Reid to abandon legislation that could aid students and instead look for supposed alternatives that would not harm the banks. What is interesting here is the fact that student loan companies have close ties to each of these dissenting senators – such as Blanche Lincoln’s former chief of staff, who works as a lobbyist for the student loan industry, and Ben Nelson’s former legislative director, who is a lobbyist for Nelnet, a major student lender.

Let’s not forget that in the campaign against student loan reform, massive amounts of money are on the line. The previously cited report stated that in 2009, Nelnet posted profits of $139 million, and “in May 2008, the student lenders were bailed out by the Ensuring Continued Access to Student Loans Act (ECASLA), which gave the banks further federal subsidies. The bill allowed lenders like Sallie Mae to sell loans back to the Department of Education through a number of loan-purchase programs.”

While the ECASLA bailout enabled lenders to make even more money, the Congressional Budget Office estimated that the government would save over $68 billion over 10 years if it switched to direct lending; now, according to the report, that $68 billion will “subsidize private lenders like Sallie Mae to pay their executives exorbitant salaries and bonuses” – like Sallie Mae’s Chairman Albert Lord, who raked in over $225 million during his tenure that ended at the company in 2013.

The situation, however, doesn’t end there. The U.S. Senate has now proposed the “Protecting Aid for Students Act of 2014,” and its House counterpart is entitled the “Curbing Abusive Marketing Practices with University Student Debit Cards Act,” or the CAMPUS Debit Cards Act. Each of these bills is meant to “protect students from unfair banking practices involving campus-sponsored financial products, including debit cards.” More specifically, the bills would “remove conflicts of interest and end kickbacks between financial institutions and schools, give students control of their financial aid and banking products, and provide transparency over campus-sponsored financial product.”

To little surprise, the bills pose a fresh problem to Ken Clayton, chief counsel of the ABA, who stated that such legislation “would limit financial choices for students and parents, and raise costs for everybody,” and that “attempts to vilify financial institutions and require free services will limit consumer choice, increase costs for students and universities, and stifle innovation that has helped modernize higher education financing.”

Eliminating conflicts of interest and kickbacks between colleges and banks, as well as giving students control over their finances, clearly isn’t something the ABA is prepared to see happen in Congress. And politicians, obviously, don’t have students’ backs. Which is why young people and families across America need to stand up, organize and take this fight square on against the banks and the legislators they control. 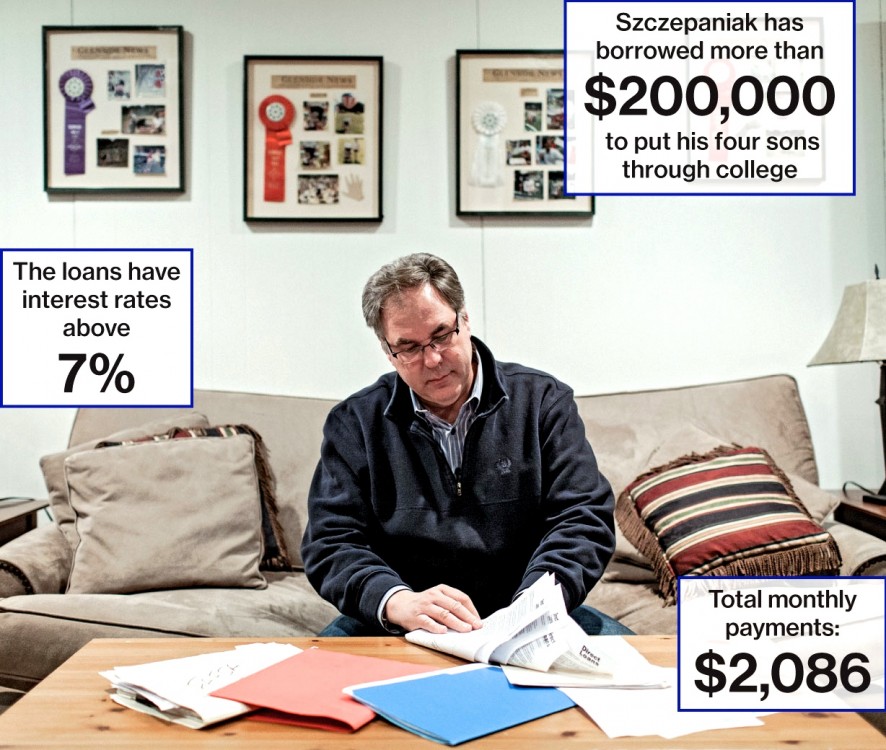 Contributed by Devon Douglas-Bowers of Occupy.com.