Update: As quickly as Twitter’s actions went viral, their PR group rushed into action to explain why there is no hypocrisy here and that the answer is “nuanced.”

Presumably, the stories written by liberal journalists telling coal-miners to “learn to code” were just not targeted enough – if they had named a few coal-miners, perhaps that would make things a lot different. 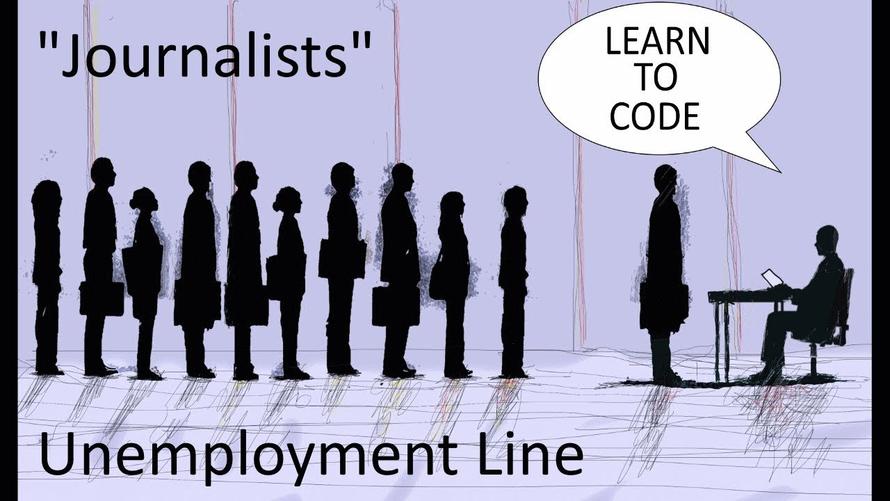 As the temperature rose in the twittersphere amid simmering schadenfreude surrounding the firing of hundreds of left-leaning journalists from HuffPo and Buzzfeed in the last week, a meme went viral suggesting these media types seek alternative work and “learn to code” was born (encouraging them to learn software development as an alternate career path.)

This apparent trolling did not sit well with many…

And just days later, with feelings hurt and safe-spaces shattered, Twitter has reportedly done something about it…

And the following example seemed to confirm this censorship…

There’s just one thing wrong with this whole virtue-signaling charade – the same liberal media pundits who are crying from their safe-spaces that telling them to “learn to code” is mean and hurts their feelings (and thus warrants a ban from Twitter due to being “abusive behavior”) were more than comfortable telling Rust Belt Americans to “learn to code” as their dirty, climate-changing, coal-mining jobs are lost…

Hey laid off journalists who are upset that people are telling you to “learn how to code”:

Go mine some coal and then go fuck yourselves. pic.twitter.com/lYWDIIcCKm

So once again – it is not the message that is censored but the messenger (left, good; right, bad)

This seemed to sum the utter hypocrisy up perfectly…

So doxxing children and calling Jewish people “termites” is acceptable and totally not “abusive behavior,” but being mean to reporters is over the line? Really??? https://t.co/eL6zw19AIn