Swallowed by lakes, abandoned beside tapped out mines and collapsed due to subterranean fires, the US is pockmarked with thousands of ghost towns.

Dotted all around the country, the derelict towns, full of decaying buildings, have provided the backdrop and inspiration for numerous songs and stories. Most of them were once thriving communities but, for one calamitous reason or another, all the residents have long since departed.

Here’s a whistle-stop tour of some of the towns America left behind. 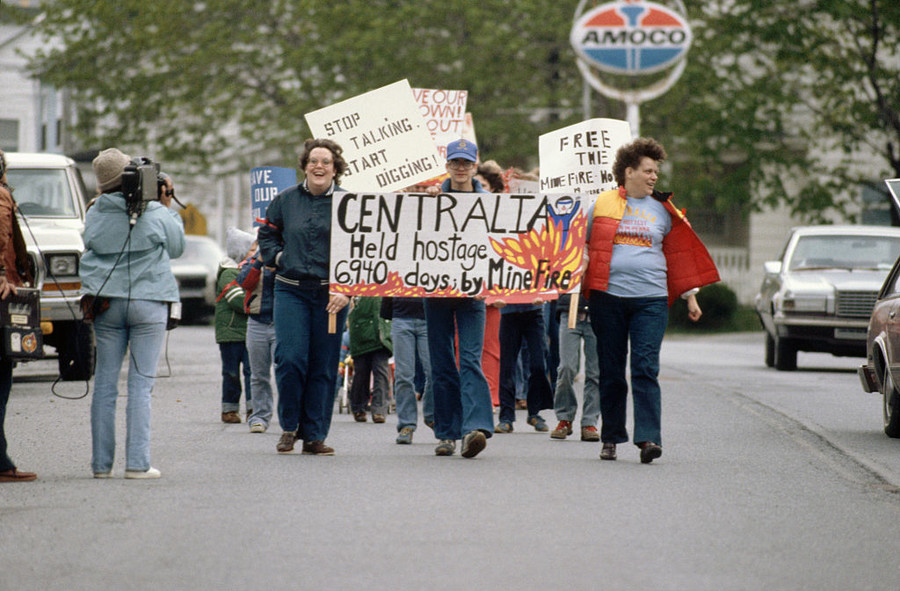 A very good reason for abandoning a town is if there’s an enormous fire raging deep underneath the town and causing its roads and buildings to collapse. As bizarre as it may sound, that’s exactly what happened to Centralia, Pennsylvania.

The fire in question is believed to have been accidentally started by someone burning trash in a former strip mine in 1962. The smoldering rubbish ignited a coal seam deep below the town. 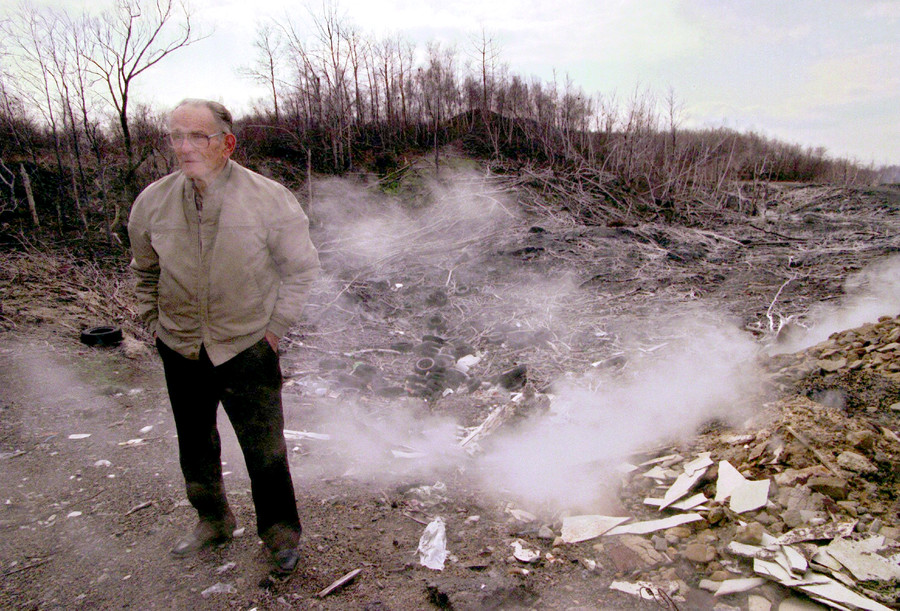 There were several unsuccessful efforts to quench the blaze over the course of the following 15 years, however, none were successful. The drastic extent of the problem became apparent by 1980 when residents began suffering health problems due to carbon monoxide and carbon dioxide poisoning.

A year later a 12-year-old boy named Todd Dombomski was swallowed by a sinkhole that rapidly opened up in his backyard. The boy managed to cling onto a tree root as a plume of hot steam rushed out of the hole. Dombomski’s cousin wrenched him out of the crater, saving his life. 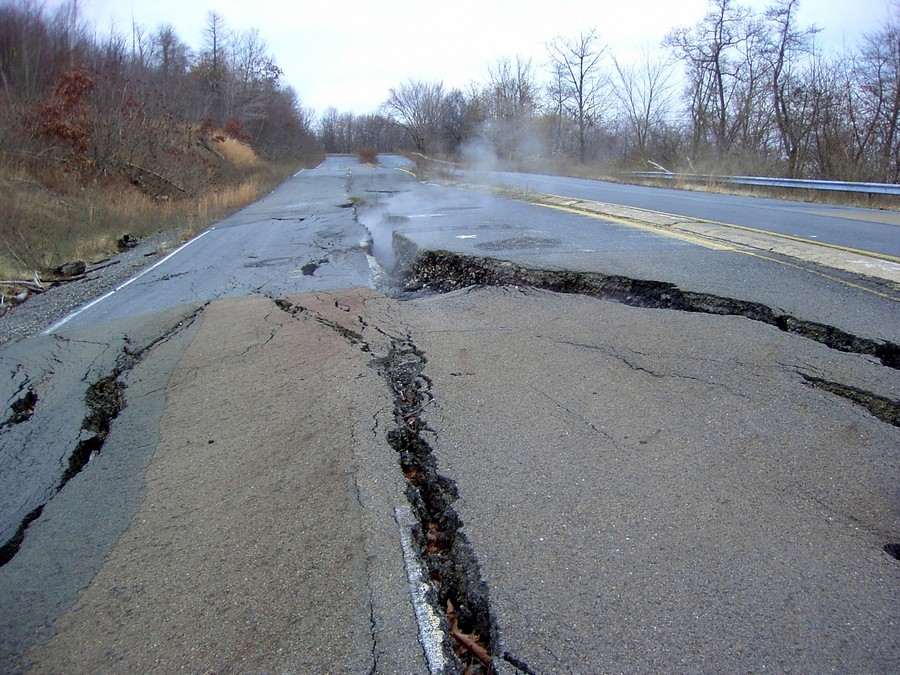 The town subsequently generated national headlines and, in 1984, Congress allocated more than $42 million for relocation efforts. Most of the residents accepted buyouts and the population quickly collapsed from 1,400 to almost none. However, despite official warnings, a handful of families decided to stay. 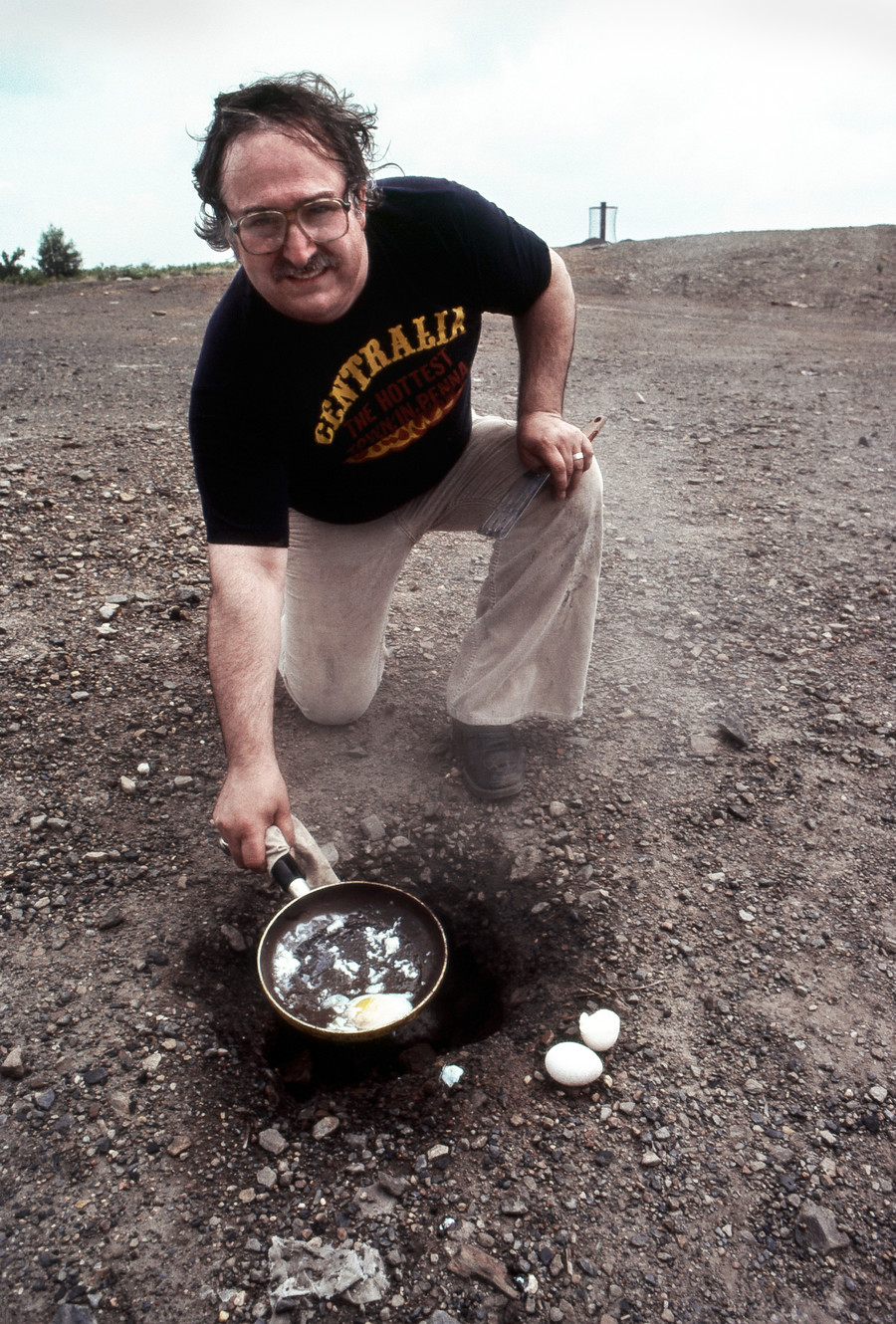 Most of Centralia’s buildings have now been demolished and it’s roads continue to collapse as the fire eats away at the ground beneath them. The twisted and cracked streets are also covered in graffiti and regularly spout plumes of smoke. Despite this a handful of residents remain to this day and they’ve reached an agreement with state officials to allow them to do so.

With more than 15 sq km (six sq miles) worth of coal lying beneath the town, experts estimate that the fire could burn for another 250 years. 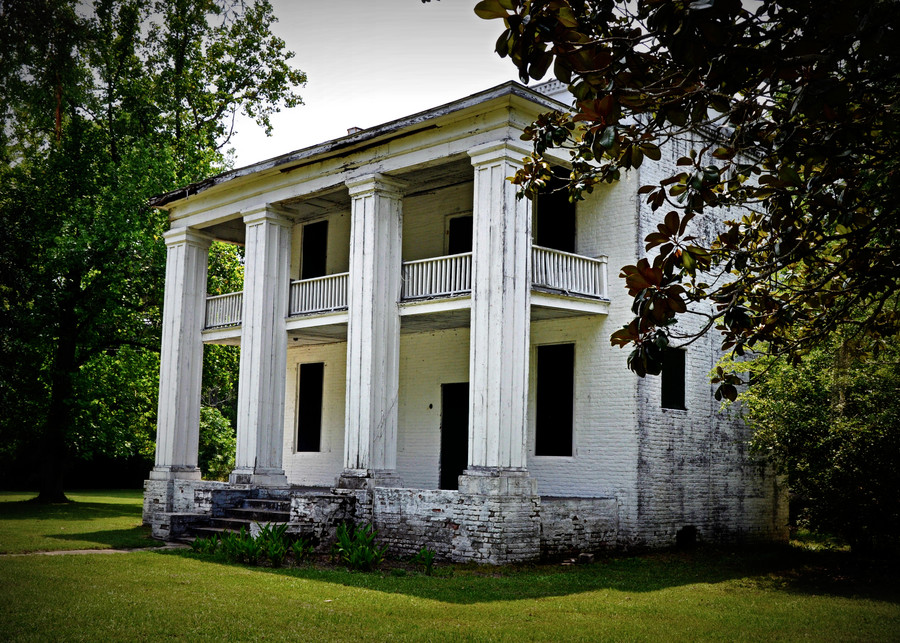 This once-proud town was the first state capital of Alabama. However, only a handful of decades later it was pretty much entirely abandoned.

Cahaba sits at the meeting point of the Cahaba and Alabama rivers and that, ultimately, led to its demise as the town was chronically affected by seasonal flooding.

Residents’ homes and businesses were regularly submerged in rushing waters and because of this the town gained a reputation as a breeding ground for disease. After a major flood in 1825 the state capital was moved to Tuscaloosa. 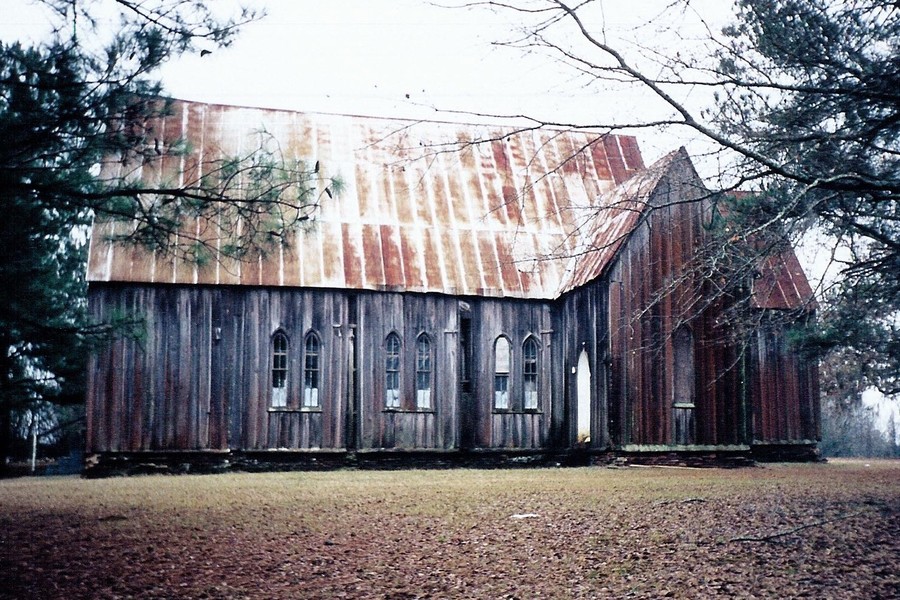 Cahaba managed to bounce back from losing its capital status and and it became a major hub for cotton distribution. When a railroad reached the town on the eve of the American Civil War it went through a building boom and became an important social and commercial center. It was soon home to more than 3,000 residents. During the war a large cotton warehouse in the town was converted into a prisoner of war camp which housed roughly 3,000 Union soldiers.

The town suffered another major flood in 1865 which proved to be the fatal blow from which it never recovered. By 1900 the town was almost entirely abandoned.

Nowadays nature has reclaimed much of Cahaba. A smattering of buildings and a cemetery is all that remains to let passing travellers know there was ever a town there at all. 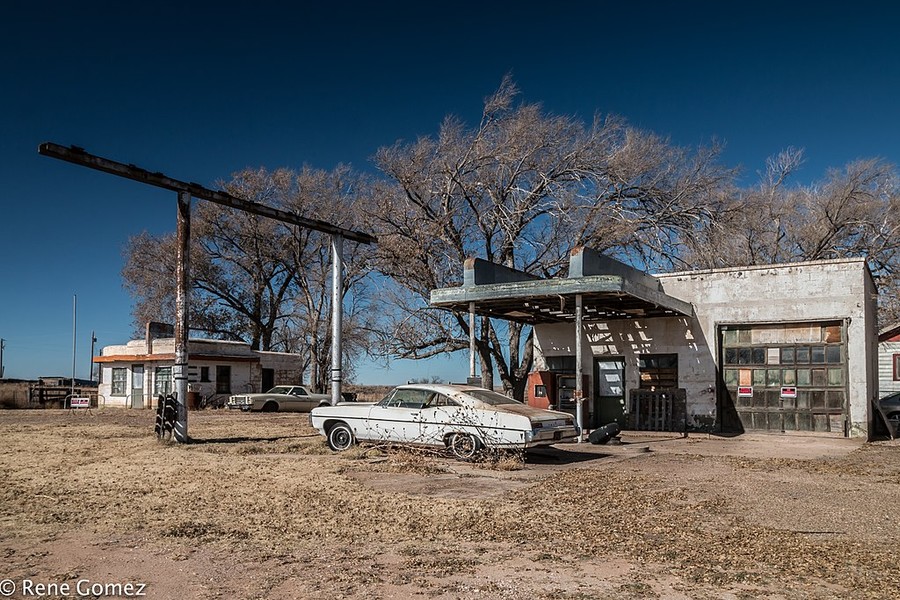 The forgotten town of Glenrio straddles the Texas and New Mexico border along America’s most iconic road, Route 66. While the town had its heyday as a pit stop for travellers along ‘Mother road,’ it actually predates the highway by a couple of decades.

It was set up in 1905 when railway lines extended west of Amarillo. By 1920 it had sprouted several hotels, stores and service stations and even a local newspaper. 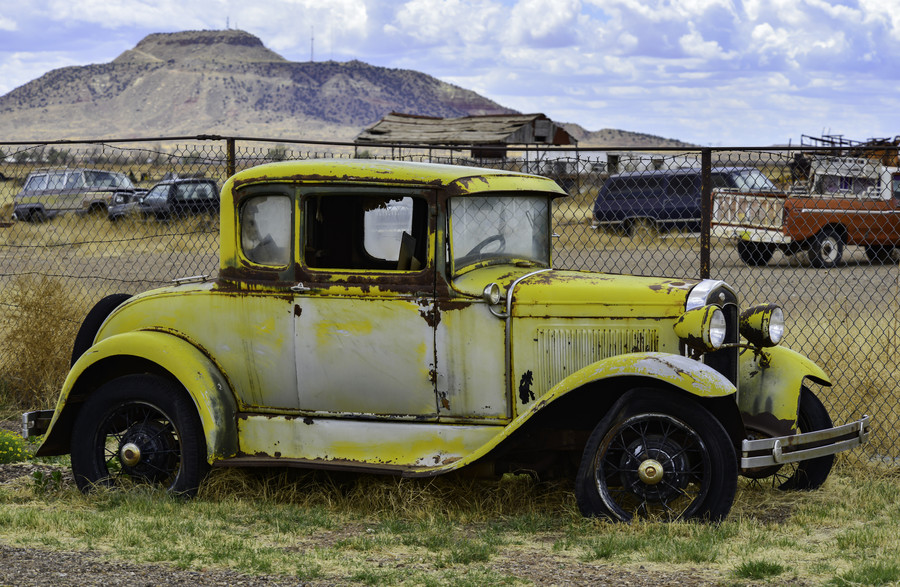 When Route 66 rolled through in 1926 the town’s future looked bright. It weathered the Great Depression and business boomed in the 1940s and ’50s as motels, diners, shops and filling stations looked after travellers’ needs. 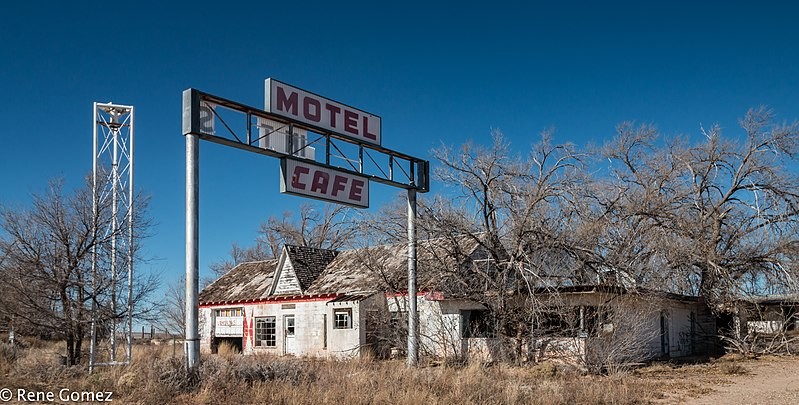 Local legend has it that the town was used as a film location for the 1939 movie ‘The Grapes of Wrath’ – based on John Steinbeck’s seminal novel about Dust Bowl America.

Things started to go wrong for Glenrio when the railway depot closed in 1955, but its death knell ultimately tolled when the I-40 was completed in 1973 and Glenrio’s only source of income dried up. By the year 2000 there were only a handful of people remaining. 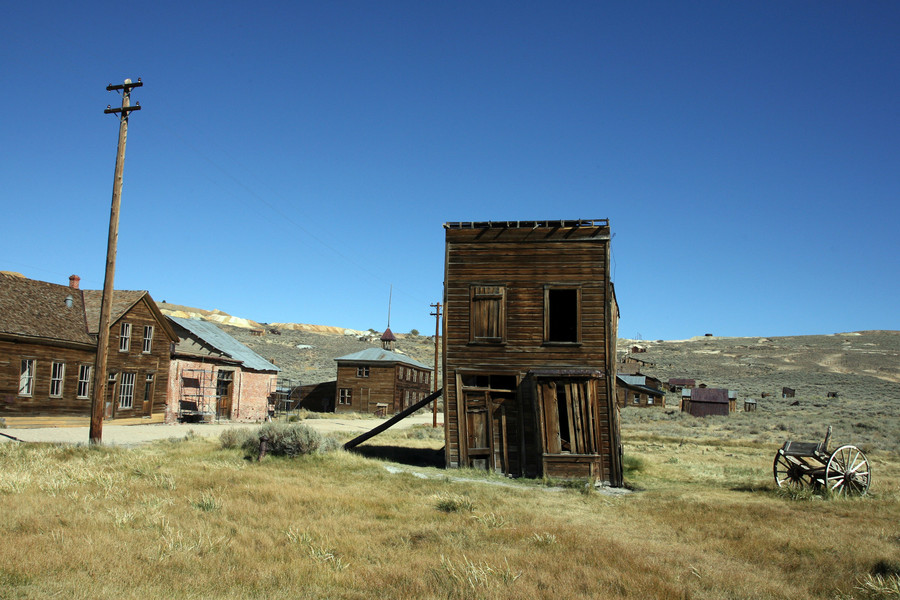 The discovery of several large gold deposits in 1870s sparked a rush in California’s Mono County. People from all over the world travelled to the valley, in the shadow of the Sierra Nevada mountain range, seeking their fortune and the ramshackle town of Bodie was hastily built. Like hundreds of similar gold rush towns it quickly sucked in thousands of residents only to be deserted when mineral deposits were exhausted. 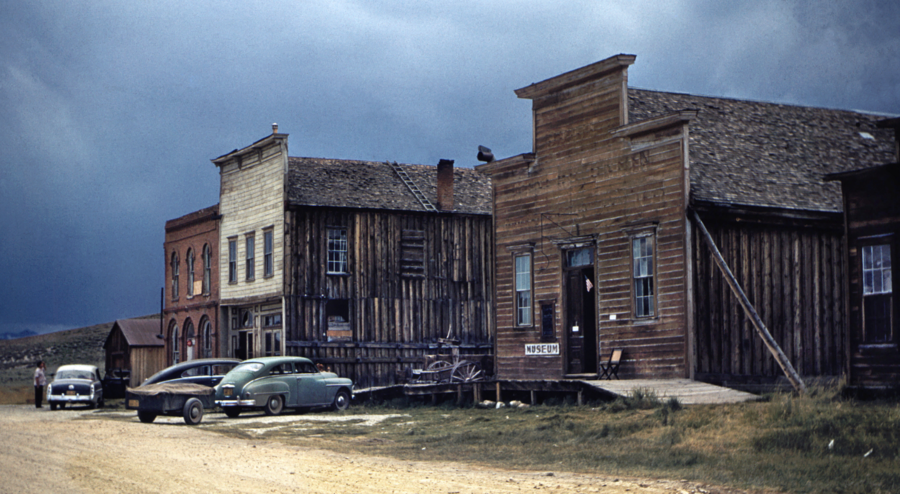 Bodie quickly gained a reputation for lawlessness. “Saloons and gambling hells abound,” read San Francisco’s Daily Alta California in June 1879. “There are at least 60 saloons in the place and not a single church.” On September 5, 1880 the Daily Bodie Standard reported three shootings and two stagecoach robberies.

It didn’t take long for signs of decline to appear. By 1880 people had already begun to be lured to other boom towns. Bodie became more family-orientated and even got a couple of churches, including the Methodist Church which still stands to this day. 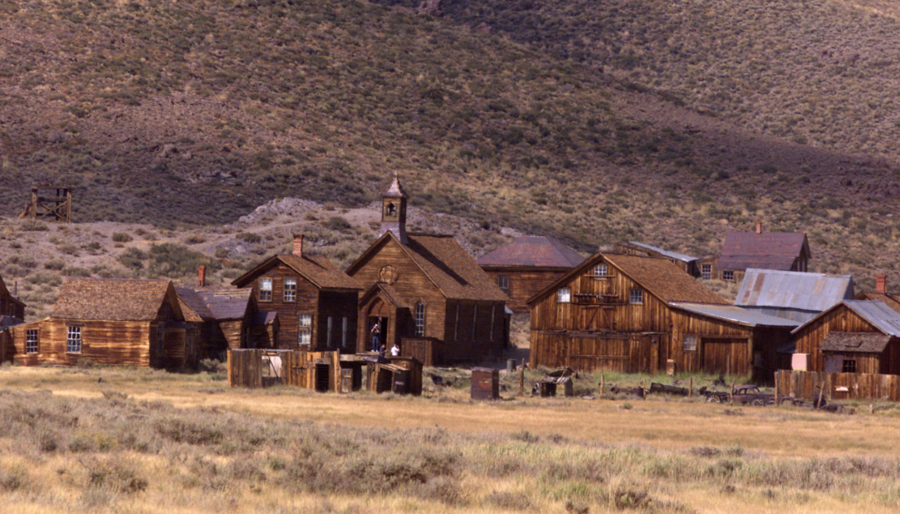 However, as mining profits continued to dwindle so too did the population and by 1910 it was home to fewer than 700 people. In 1917 the Bodie Railway was abandoned and three years later the census revealed that the population had sunk to as few as 120. The last mine was finally shuttered in 1942 when the War Production Board shut down all non-essential gold mines. The post office closed the same year and the last of the residents moved away.

In 1961 Bodie was designated a National Historic Monument in 1961. Today more than 150 well-preserved buildings remain in a state of “arrested decay.”