“….better interaction between previously disparate disciplines in order to find ways to persuade society to change its ways. Understanding will only be achieved in my opinion by bringing together disciplines that haven’t necessarily worked together, like neuroscience, sociology, behavioural economics, behavioural psychology and evolutionary biology.” 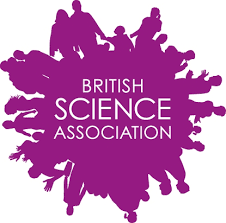 So, the chief scientist, the president of the British Science Association, not only thinks that social nudging is acceptable but that it should be stepped up in order to make us perform in the ways required by the government.

Krebs went on to use examples of where social nudging has worked, in reducing the percentage of smokers in the population and by the majority of people wearing seat belts. He says that social nudging is not the answer for everything and feels in the case of “hard problems like obesity and over consumption of resources” then regulations and taxes should be used alongside it.

This interests me. So, how will they enforce this regarding obesity. Get to the checkout, get weighed and get charged a tax for every pound overweight you are?

No, better yet, the crap police will be on every checkout, if you are over weight they take all the treats and crap out of the trolly…public removal of crap, that might work.

Our powers are being eroded day by day by TPTB. More and more we are required to function within the parameters set down by the state but I believe this is more about the kids than the adults. They will grow up seeing government involved in every aspect of their lives and it will appear normal. The invasive initiatives that are there to ‘help us’ will be something they have grown up with, and if we are not careful, they will not question.

My 7 year old comes home from school really het up about man causing global warming, how the planet is going to flood when the sea levels rise, where will we live etc. scare the shit out of them when they are young enough and they will be compliant when they are older, after all they have spent 15 years being brainwashed.

Telling her that mommy actually thinks man-made global warming is a crock of shit may not help too much at her age but I have sown the seeds by telling her she needs to look at these things herself and she should not believe everything she hears. She’s a bright kid and I would love to have seen her teachers face when she was asked why the world was warmer than it is now before there were people. 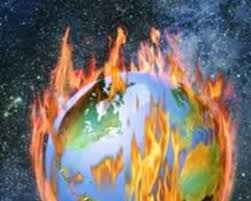 This goes on all the time in our schools and not just about global warming. The children are the future and we owe it to them to teach them to question and ask and discover things for themselves.

Lord Krebs throwing his not inconsiderable scientific weight behind government sanctioned mind modification of the populace does not I fear bode well for the future of our  children. It’s an attempt at putting another nail in the coffin for free thinkers who think that freedom and choice go hand in hand.