Public land records obtained by Before It’s News show a corporate entity partially owned by Senator Harry Reid is the owner of over 93 acres of undeveloped land within several miles of the Cliven Bundy ranch. Reid Bunkerville, LLC is listed as the current owner of four parcels of land on the west side of Bunkerville are within several miles of the Bundy ranch. This area appears to be slated for development in the future.

While this will be explained, parcels numbers provided along with ownership proof, it is encouraged for everyone reading to go through the information, the documents provided, visit the links and come to their own conclusions, because this is just the data from public records.

It tells a story of a man, Cliven Bundy, seemingly in the way of some lucrative business deals. 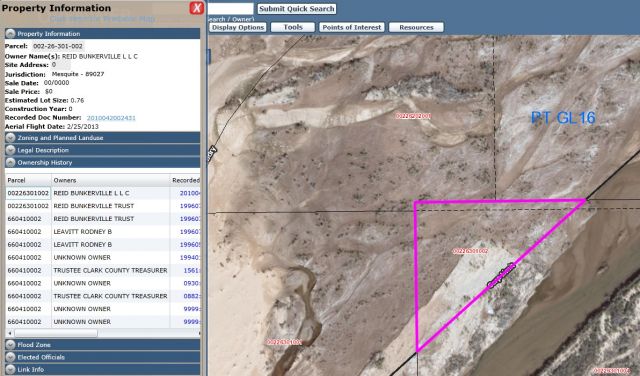 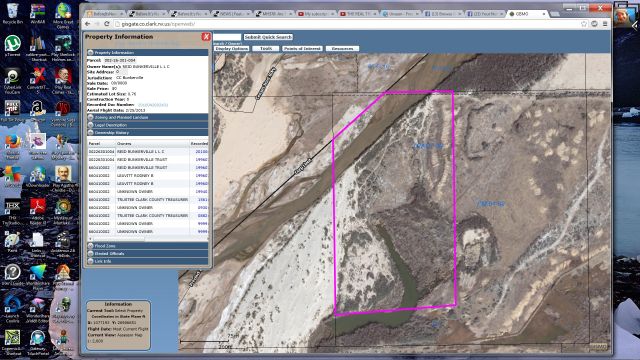 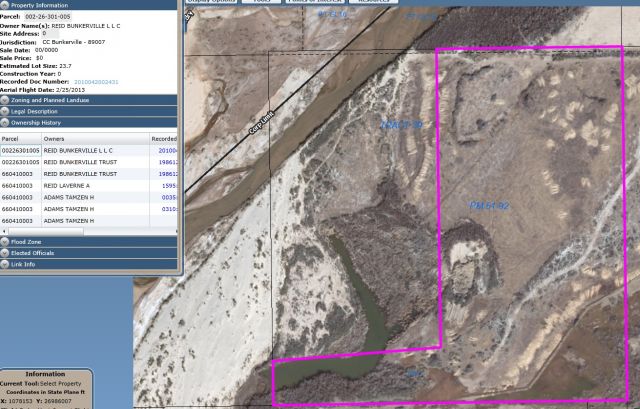 To put some of this into context and to provide readers a starting point on why parcels and ownership listings are not only important but should be researched extensively, please note that three of those four parcel numbers above are listed as Bunkerville jurisdiction, where Mr. Cliven Bundy’s ranch is located.

Parcels above and below are listed as owned by USA, jurisdiction listed as Mesquite, two examples of that shown below.

The last one listed above for Reid Bunkerville, LLC, (REID BUNKERVILLE L L C DST-800 #002-26-701-001) directly borders another parcel in Bunkerville, and shows the “owner” as Bureau of Land Management (BLM), not the USA as the examples above are. 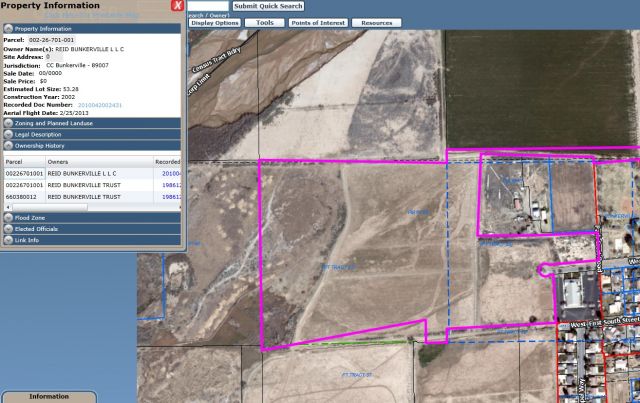 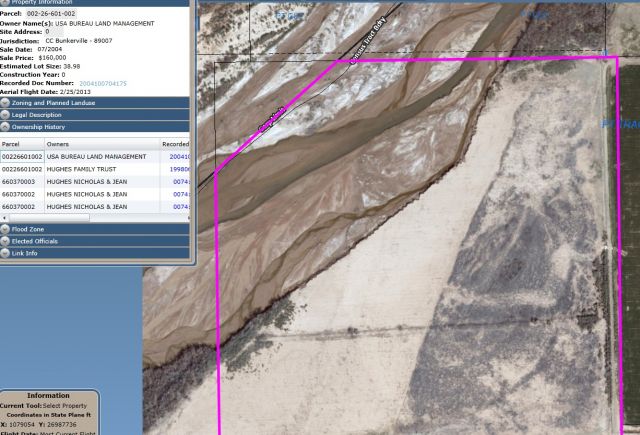 According to descriptions of the BLM, their job is to “administer” or “manage” public lands, yet they are listed as “owners” of the parcel directly connected to the Reid Bunkerville parcel.

It is also noteworthy that a Google map from Mesquite Nevada, through Bunkerville, down to Riverside, goes up to a fully functional and built intersection that loops back around to Mesquite, shown in the image below. 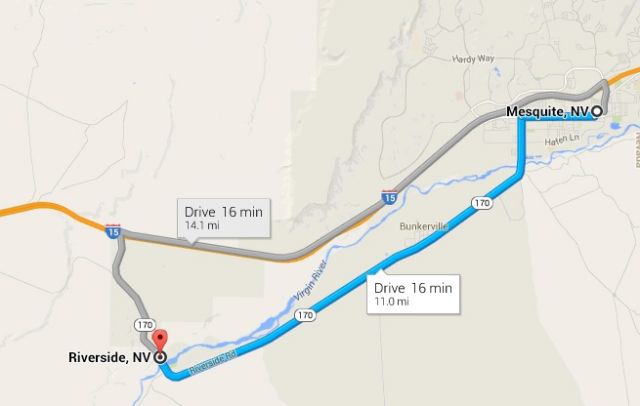 Zoning and development are driven by “business loops”, which use high speed intersections from freeways that cost taxpayers millions of dollars. These can instantly raise property values for landowners in the right place who know where the development is going to happen. Decisions for the infrastructure are controlled by state and local and generally involve money from the federal government.

In the video below a Bundy neighbor claims he was threatened, then the BLM carried out those threats to force him off his land, exactly what BLM and Harry Reid are being accused of doing to Cliven Bundy.

Contributed by Susan Duclos of Before It’s News.