According to a paper that was just released by the Center for Economic and Policy Research, only 24.6 percent of all American jobs qualified as “good jobs” in 2010.  Over the past several decades, there has been increasing pressure on corporations to reduce expenses and increase corporate profits.  One of the biggest expenses that any corporation faces is labor.  Large corporations all over the globe are in an endless race to gain a competitive advantage by pushing labor costs as low as possible.  Sometimes this is done by using technology.  Computers, automation, robotics and other forms of technology have eliminated millions of jobs in the United States and those jobs are never coming back.

Millions of other jobs have been eliminated by offshoring.  In our globalized economy, American workers have been merged into one giant labor pool with everyone else.  That makes it very tempting for big corporations to move jobs from areas where workers are very expensive (such as the United States) to areas of the world where it is legal to pay slave labor wages.  When big corporations do this, corporate profits go up, but the number of good jobs in the United States goes down.  As a result, there is increased competition for the jobs that remain in the United States and this drives down wages.

Meanwhile, the cost of living just keeps going up.  So millions of American families have fallen into poverty in recent years, and millions of others have gone deep into debt in an attempt to survive.  This dynamic is absolutely shredding the middle class in the United States.

So how exactly did the authors of the paper mentioned above come to the conclusion that only 24.6 percent of all jobs in the United States are good jobs?

Well, they had three criteria for what a “good job” is….

#1 The job must pay at least $18.50 an hour.  According to the authors, that is the equivalent of the median hourly pay for American workers back in 1979 after you adjust for inflation.

#2 The job must provide access to employer-sponsored health insurance, and the employer must pay at least some portion of the cost of that insurance.

#3 The job must provide access to an employer-sponsored retirement plan.

Using those criteria, the authors of the study found that only 24.6 percent of all jobs in the United States are good jobs.

So why are there so few good jobs in this country?

Is it because we aren’t educated enough?

So what is the problem?

Sadly, the truth is that in a global economy U.S. workers are viewed as very expensive liabilities.

In the United States today, hiring a worker is a very complicated and expensive proposition.  There are thousands upon thousands of laws, rules and regulations that must be complied with, and more are constantly being added.  In addition, there are a bunch of taxes that must be paid for each employee in addition to the salary and benefits that they are owed.

So for big corporations it makes a lot of sense to move jobs to countries where there is very little red tape and where you can pay workers next to nothing.

Neither major political party is doing anything to stop our economy from bleeding good jobs, and so it will continue happening.

To get an idea of just how bad the unemployment situation has gotten in the United States, it is important to look at the U-6 rate which is often called the “real” rate of unemployment.

The U-6 rate includes “discouraged” workers that have given up on looking for a job and it also includes those that have part-time jobs but that really would like full-time jobs.

When you look at the U-6 rate, the increase in unemployment from just 5 years ago is absolutely staggering.  The following is from a recentCNBC article….

Those numbers compare especially unfavorably to the national rate, high in itself at 14.9 percent though off its record peak of 17.2 percent in October 2009.

Those often being hit the hardest are those just entering the labor market.  For example, about 53 percent of all U.S. college graduates under the age of 25 were either unemployed or underemployed last year.

Most of the jobs that are available for young college graduates (or for the rest of us for that matter) are crappy low paying jobs that often come with no benefits.

In the United States today, one out of every four workers makes ten dollars an hour or less.

So can you pay the rent and support a family on ten dollars an hour?

But these kinds of jobs are becoming more of a part of the labor market in the United States than ever before.

Three decades ago, less than 30% of all jobs in the United States were low income jobs.

Now, more than 40% of all jobs in the United States are low income jobs.

Will it soon be 50 percent?

Sadly, many Americans are just thankful to be able to find any job at all.  There are millions of workers out there that have become so frustrated that they have given up on finding a job entirely.

Something has gone horribly, horribly wrong.

Well, if the economy is not producing enough good jobs, could starting your own business be the answer?

Unfortunately, our politicians absolutely love to swamp our small businesses with taxes, rules and regulations.

If a small business can somehow survive our politicians, then it must also somehow find a way to survive competition from the giant predator corporations that ruthlessly dominate our economy.

When you consider how much is stacked against our small businesses, it becomes easy to understand why they are doing so badly today.

For example, it was recently revealed that the U.S. economy lost more than 220,000 small businesses during the recent recession.

But small businesses did not just suffer during the recession.  The truth is that they have been hurting for a long, long time.

In fact, the percentage of Americans that are self-employed fell by more than 20 percent between 1991 and 2010.

And small businesses are creating jobs at a much lower rate than they did previously.

In 2010, the number of jobs created at new businesses in the United States was less than half of what it was back in the year 2000.

So needless to say, we are facing some major problems.

If we continue on the path that we are on, things are going to get even worse.

Do you have a solution for these problems?  Please feel free to post a comment with your thoughts below…. 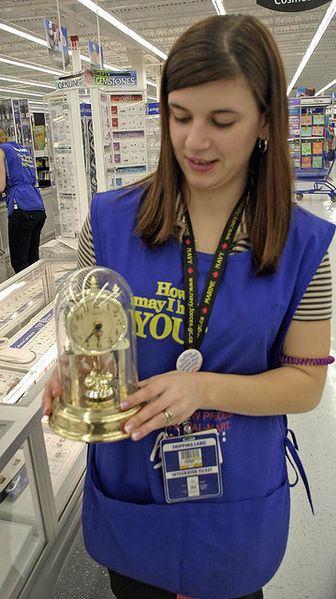