Well, here we go again. Another group of wealthy, elitist supporters of gun control have come together, spending their own money to form a new organization to pursue their personal, pet agenda.

This would be unremarkable, except that this time they are using the rare gambit of pretending to be a group that actually supports the Second Amendment.

Note I said rare—not unprecedented. You would think that a group of self-styled entrepreneurs would perform some basic market research before launching this charade. If they had, they would have found they are not the first to mount such a deception. They would have discovered the remnants of both “Americans for Gun Safety” (AGS) and the “American Hunters and Shooters Association” (AHSA) within the trash heap of history.

“Americans for Gun Safety” was precisely one American, a billionaire from New York City (sound familiar?) named Andrew McKelvey, who hired a half-dozen Democratic staffers and operatives to lobby for gun control at both the state and federal level. These operatives recognized a gravy train when they saw one and they milked it for as long as they could, but their sponsor eventually tired of funding the group after years of failing to pass his personal gun control agenda. The operatives didn’t miss a beat, however, and turned themselves into a think-tank with the name of “Third Way.” They still exist, now taking funding from a much broader array of left-wing interest groups to pursue a broader agenda. And one of their staffers has re-appeared on the gun control scene, recently drafting a lengthy report for the Brookings Institution calling for new gun control.

“American Hunters and Shooters Association” had broader support—this time, it was a group of about six gun control supporters who banded together to push for new restrictions under the guise of supporting our rights. And, according to a deposition given by a staffer, AHSA far eclipsed AGS in member recruitment, eventually arriving at the vast total of “fewer than 150” individual members.

The leader of AHSA was a former Washington Redskins football player named Ray Schoenke. He liked to shoot ducks on Maryland’s Eastern Shore, so he considered himself well equipped to be a national policy and political leader for all hunters. Schoenke also had a lengthy history of making publicly disclosed donations to groups like Handgun Control, Inc. (now the Brady Campaign) and political candidates who supported gun control.

Like McKelvey, Schoenke hired gun control lobbyists to work at both the state and national level, but he also liked to put his own skin in the game. In 2008, Schoenke traveled extensively to battleground states, making public appearances to say why gun owners and hunters should vote for Barack Obama. The Obama campaign paid handsomely for his support, but after the election the group dried up and blew away. Schoenke later claimed the group had to fold because of a lack of support for its agenda from the Obama administration. Maybe Schoenke’s happy now that Obama has finally revealed his true gun-ban agenda. 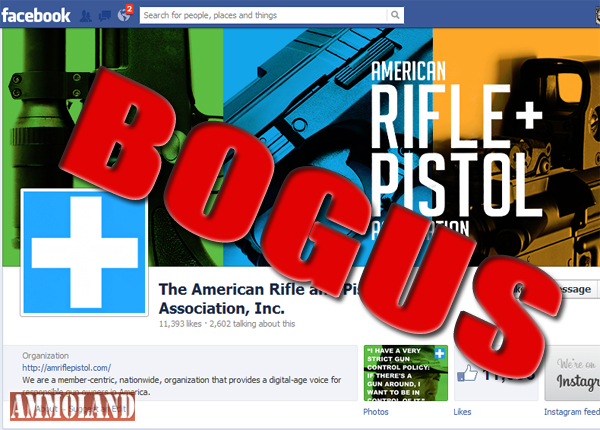 American Rifle and Pistol Association is a Fraud

Now comes the “American Rifle and Pistol Association” (ARPA). Founded on July 4, the group bills itself as an “independent third voice to the highly polarized national firearms conversation, a voice of reason and responsibility.”

But what do their leaders really think? ARPA’s CEO Waylan Johnson told U.S. News that the reason for their founding is because “The NRA represents the firearms industry. There’s not a lot of member input.” That sound bite is straight from the Obama/Bloomberg playbook, and there’s a reason for that. Another founder, group chairman Peter Vogt, had a lengthy online trail of social media postings in support of Bloomberg’s mayors’ group, as well as the newer gun control group “Moms Demand Action.” Once discovered, Vogt quickly and quietly took down his postings.

In short, there’s nothing new about elitist gun control supporters banding together to push their agendas—there’s safety in numbers, and they can hide behind the veil of secrecy that many such groups drape around their funders.

But the idea of attempting to conceal the anti-gun agenda behind a pro-gun façade has already been tried, repeatedly, and has always failed.

About:
Established in 1871, the National Rifle Association is America’s oldest civil rights and sportsmen’s group. Four million members strong, NRA continues its mission to uphold Second Amendment rights and to advocate enforcement of existing laws against violent offenders to reduce crime. The Association remains the nation’s leader in firearm education and training for law-abiding gun owners, law enforcement and the military. Visit: www.nra.org

Contributed by Chris Cox of Ammoland.