A UFO conspiracist has uncovered what he believes is proof that the moon landings were fake, although his detective work has drawn criticism.

“Does Astronaut’s visor reflection show a stagehand on the Apollo fake Moon set?” is the question posed by Streetcap1, who shared his recent discovery on YouTube.

The photo in question is taken from the Apollo 17 mission, which took place in late 1972. Eugene Cernan and Harrison Schmitt spent about 22 hours exploring the surface and were the last humans to walk on the moon. 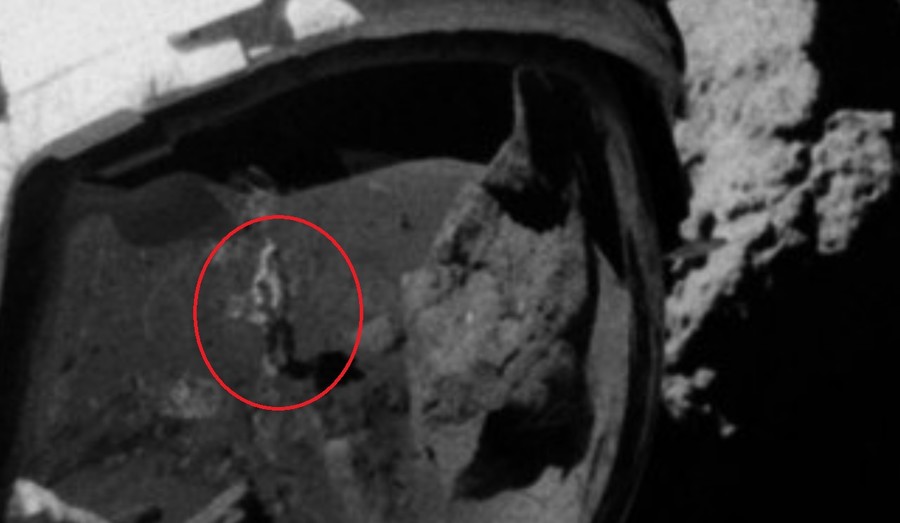 The moon landings have been the source of scepticism for conspiracy theorists ever since astronauts Neil Armstrong and Buzz Aldrin set foot on the moon in 1969.

According to Streetcap1, who took a picture of the NASA image using his “software,” the astronaut’s visor reflection appears to show a man “not wearing a spacesuit,” standing on the moon.

“It looks like a man back in the early 1970s, long hair, you know,” he said. “He is wearing some sort of, I don’t know, waistcoat type thing… one leg there, with one shoe, another leg and a shadow of that figure presumably.”

Streetcap1 says he wasn’t a moon landing disbeliever until he came across the suspicious image. “I sort of think we did make it to the Moon, but this is starting to make me think if we did because where is this guy’s spacesuit?”

Streetcap1’s video divided opinion, with some people surprised to have their suspicions raised.

“Pretty Earth-shaking for a believer in the landing,” a commentator said.

“I vote astronaut… the shadow on the ground looks more like an astronaut in a bulky suit,” said another.

However, other photographs taken from the Apollo 17 mission suggest the “stagehand” in the helmet reflection is likely the other astronaut.

One image shared on the NASA website shows Cernan on the moon, with another astronaut clearly seen in his helmet’s reflection. 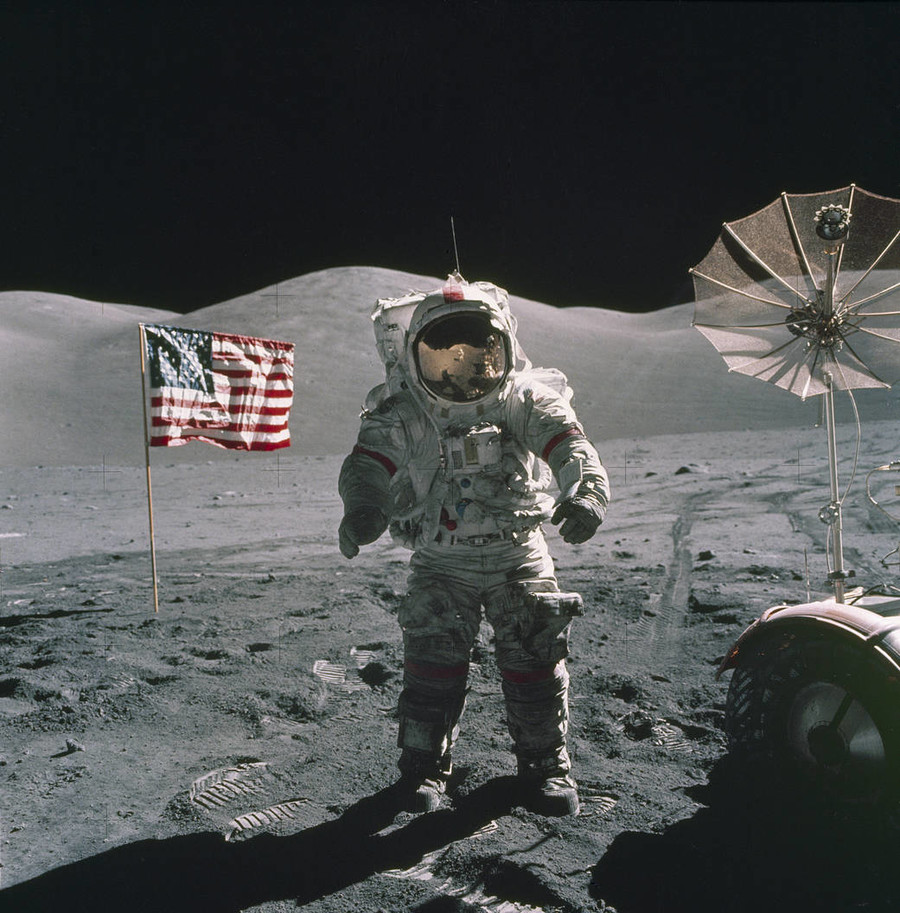 Cernan is standing near the lunar rover/NASA

As Cernan and Schmitt performed three moonwalks over three days, pilot Ronald E. Evans stayed orbiting the moon during this time, in the command service module of the spacecraft.

Examining NASA’s history site, which contains thousands of images from the mission, along with the accompanying transcript of footage taken on the moon, the astronaut pictured is likely Schmitt.

An image shared on NASA’s site shows Schmitt standing next to the large boulder featured in the suspicious image. It was taken by Cernan. If Schmitt turned toward Cernan, he would have been in an ideal position for Cernan’s reflection to be captured in Schmitt’s helmet. 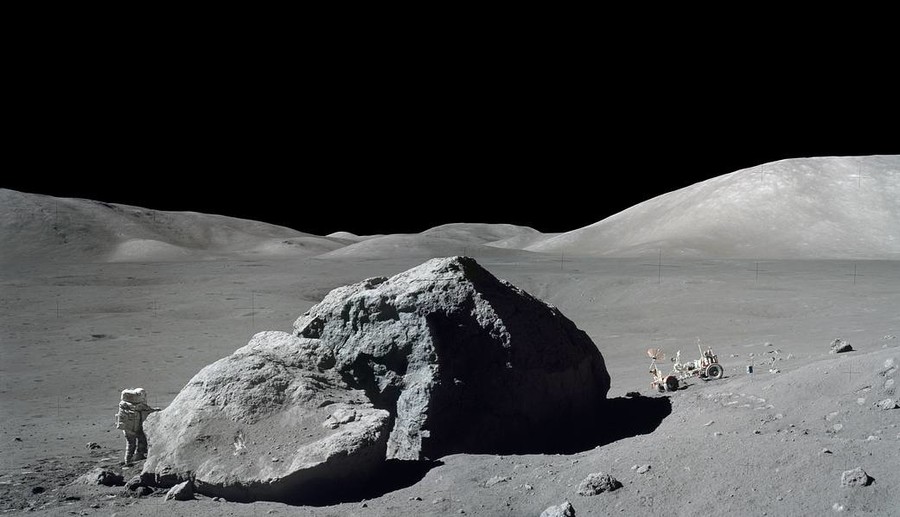 Schmitt is photographed standing next to a huge, split lunar boulder/NASA

The Apollo 17 mission aimed to capture precise images for mapping and examining the lunar surface. Multiple cameras were used on the surface of the moon, meaning there were many different cameras that could have captured the astronaut with the helmet reflection.

The astronauts had three battery powered 70-millimeter Hasselblad cameras which were attached to their chests, the Lunar Planetary Institute reports. They also carried a 16-millimeter Maurer Data Acquisition Camera that could be handheld or mounted to the lunar module and lunar roving vehicle.

A lunar surface TV camera was also used and operated from three positions, either mounted on a tripod, or on the modularized equipment storage assembly (MESA). “The camera could be aimed and controlled by the astronauts or remotely controlled by personnel in the mission control center,” LPI  said.

NASA doesn’t comment on specific moon hoax theories, but it has said in the past that it did go to the moon.