Tests have concluded that an entirely new virus has been found in Missouri. Two farmers, the only confirmed cases so far both recovered but were seriously ill and required hospitalisation. One man, Robert Wonderly still suffers from the after effects of the disease two years after contracting it.

The cases, which are independent of each other were though to be ehrliciosis, a bacterial disease but when antibiotics failed to cause any form of improvement in the men’s conditions microscopy and cultures confirmed it wasn’t ehrliciosis or any other disease previously seen.

The closest match to a known disease was to that of SFTS ( severe fever with thrombocytopenia syndrome) which was discovered in China last year and has a 12% mortality rate. Thrombocytopenia causes a profound drop in platelets which are used for clotting. This results in bleeding , either internally or into the skin which presents as profuse bruising. Both men had very low platelets, but neither suffered bleeding and this in itself is considered  odd by the doctors.

The CDC have named it Heartland virus and their department for viral pathogens have confirmed its novel status. Whilst acknowledging that it is similar to other phleboviuses there are enough differences in the proteins present to classify it as a new species.

Although almost sure that it is indeed a tick borne virus researchers have spent almost two years catching ticks and taking blood samples from the population and the animals in the area it was found. It is most likely the  Amblyomma americanum or the lone star tick is the one most likely involved in passing the virus to humans as this tick is the most prevalent in the area. This tick is reddish brown in colour, is the size of a sesame seed and had a cream patch, resembling a star in the centre of its back. This tick like many others will happily feed from humans as well as dogs, deer and many other wild and domestic animals.

To date no ticks carrying the virus have been isolated. It is also not known if the disease can be passed from person to person, though that was not the case with the first two victims, or if it could prove fatal in some people.

Researchers now plan to use blood samples stored from patients they were unable to make a definitive diagnosis on in an attempt to see if any of those patients had Heartlands. This will also give them an idea of the numbers suffering from it and the geographic spread of the disease. Doctors are concerned that as the symptoms of Heartlands are so general and could be attributed to many causes, the prevalence in the population may well be much higher than previously thought.

Details of the treatment regimen for the disease have not been released at this time. If treatment of other viral conditions with those symptoms are anything to go by it will most likely consist of rehydration therapy, fever reduction, pain relief, blood transfusion if required and ventilatory support if required.Doctors advise avoiding tick bites in the first place by using repellents containing 20% DEET.

Details of the virus and research into it  can be found in the August 2012 edition of The New England Journal of Medicine. 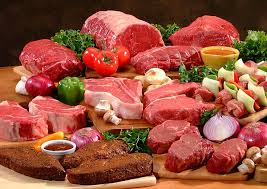 The lone star tick has also recently been sited as the cause of a strange allergy in Virginia. People bitten by it have found themselves unable to eat red meat. Researchers say they have logged over 1000 cases of people who have been bitten by the tick no longer being able to eat red meat. Those affected break out in hives that burn and itch intensively 3-4 hours after consuming beef, pork or lamb. Chicken and turkey do not affect them at all. Scientists have no idea why this is occurring and research is ongoing at this time.