Forgive me for wondering if the populace of America hasn’t fallen for a Jedi mind trick.

2. The Federal Reserve’s vaunted “Wealth Effect” that was supposed to be a tide that raised all boats at least a bit has concentrated wealth and power in the top 5%, 1%, and 1/10th of 1%, leaving the bottom 95% with diminished prospects and a thinning stake in The American Project.

3. The stock market’s year-long levitation while the real-world economy decays is a perverse counter-correlation that reflects the widening divide between those enriched by the asset bubbles and those left further behind.

4. In the midst of a supposedly resurgent U.S. “recovery” in its 9th year of wonderfulness, the opioid epidemic has killed tens of thousands and crippled hundreds of thousands of lives and families, yet the federal government, supposedly the most powerful force on the planet, is frozen in a decades-long law-enforcement/Drug Gulag obsession, blind to the Big Pharma Cartel that has created and fueled the epidemic as a means of reaping billions in profits.

5. The nation’s Corporate/Billionaire-owned Media obsess endlessly over the chimera of Russian collusion, as if that was the Big Story That Matters, while the nation’s rigged economy is coming apart at the seams.

6. While the Sports Media Empires fret over the decline of fan engagement in the NFL, nobody dares mention that Pro Sports is now unaffordable to the vast majority of households.

8. The endless media circus of celebrity scandal, the Russian collusion propaganda parade and the over-saturation of sports obscure the Permanent War Policies of America’s Central State.

9. While The Deep State has entered the common lexicon, all the media chatter does little to illuminate the internecine battles within the Deep State that are playing out as shadows cast in the Russian Collusion Kabuki theater.

10. The reality that all these social, political and financial abnormalities are inherently destabilizing is never covered in the Corporate Media, but this orchestrated refusal to face the disturbing facts of systemic decay leaves the status quo increasingly fragile and prone to unexpected disruption.

If the “America” displayed in the Corporate Media seems like “the Real America,” then this is not the America you’re looking for. 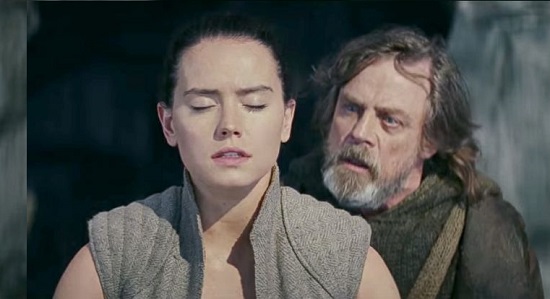