German leader, Angela Merkel is saying all the right things as she professes to be attempting to shore up western unity with regard to the crisis in Ukraine. However, Merkel is caught between a rock and a hard place. Germany receives a substantial portion of its gas from Russia and the majority of that gas flows through Ukraine. Currently, there is no nation on the face of the planet, outside of Ukraine, that needs this crisis brought to a conclusion than Germany. And this crisis needs to be resolved, sooner rather than later.

Putin has made overtures to Germany in the past which would encourage Germany to forsake its Western alliances (i.e. the EU and NATO) and strike a beneficial deal with regard to obtaining its gas supplies from Russia at bargain basement prices.

An examination of the following “tale of the tape” shows that the loss of Germany to Russia would significantly change the military balance of power.  China has already been lost to Russia and now it appears that Turkey will soon follow suit. 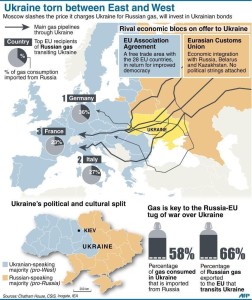 Please note how highly dependent France and Italy are on Russian gas. France is a major player in NATO and Italy plays home to important NATO basis. If Germany acquiesces and partners with Russia, I would expect France and Italy to follow suit. How long could the UK remain a close ally of the U.S. when the rest of Europe shifts its allegiances?

The U.S. should be quaking in its boots. Putin has already proven to be a master of signing favorable energy deals in order to block the U.S. sphere of influence. Last November, Russia signed the world’s largest energy deal worth nearly $400 billion dollars with China. This move signals a shift away from China partnering with America so long as China controlled and owned U.S. debt. This energy deal also signaled a dramatic foreign policy shift in China’s move away from the United States and aligning with Russia.

Less than one month after Russia signed its $400 billion dollar energy deal with China, on Dec. 1, 2014,  the fifth summit of the Turkey-Russia High Level Cooperation Council, culminated with the signing of agreements and an amazing announcement by Russian President Vladimir Putin. Putin stated that the South Stream pipeline project, which was to carry Russian natural gas to Europe through a conduit running under the Black Sea to Bulgaria and then Austria, had been terminated and the new gas route would run through Turkey. This makes Turkey extremely dependent upon Russia. Turkey is the home of several NATO military facilities including nuclear weapons.

If Russia is to successfully turn Germany and Turkey away from NATO, America would see the breakup of NATO.

Most Likely to Fight

(NOTE: The forces of North Korea would be absorbed by China – Ukraine and Belarus have a combined military strength of 200,000 men)

Does anyone believe that Putin does not have the capacity and the motivation to break up NATO? 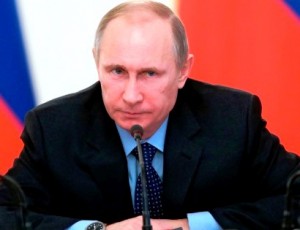 “The Ukrainian crisis was not caused by the Russian Federation,” said Putin in remarks posted on the Kremlin website. “It emerged in response to the attempts of the US and its western allies – who consider themselves ‘winners’ of the cold war – to impose their will everywhere.”

Putin’s remarks make it quite clear that the outcome of the Cold War is personal to him. And when emotions get involved, logic can quickly disappear. That would be the logic that a leader needs to avoid war.

The only question remains is will Putin wait to attack the United States when the U.S. is isolated and out of options? It is not likely that Putin would give away the strategic advantage of a first strike. If Putin waits until the U.S. is out of options, he would negate the element of surprise and risk an American first strike. Logic would dictate that Putin will strike when Germany leaves NATO.