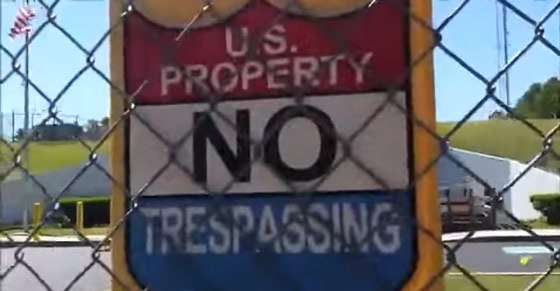 Evidence that officials in the government are planning for an apocalyptic scenario is hiding in plain sight. America’s doomsday bunkers are built to withstand the apocalypse but kept quiet from the public, as the elites’ plans for survival do not include us.

First developed during the Truman Administration, in the early days of nuclear weapons development, the government decided that in event of an apocalyptic scenario, the ruling class must be able to continue to control the masses. COG (continuity of government) measures then expanded greatly during the Cold War. If the government is preparing for something, perhaps you should too. None of us really know what could go down, although a complete economic collapse seems possible at this point.

Across the ages, in every survival story, a disaster of some sort plays a prominent role. Sometimes the part is played by the government, sometimes it is played by Mother Nature, and other times, the role is taken on by a random mishap. If we have learned one thing studying the history of disasters, it is this: those who are prepared have a better chance at survival than those who are not. –The Prepper’s Blueprint

The government wants to ensure that the military will still be able to do whatever the elites command under any disastrous scenario.

[The elite ruling class] can afford to make careless decisions because they are insulated from the results. If there is a war with Russia, which could easily turn into a nuclear war, they’ll have plenty of spacious bunkers to hide out in while the rest of America burns. And that’s been our government’s plan in regards to nuclear war since the beginning of the Cold War.

That’s the main takeaway from a new book called Raven Rock: The Story of the US Government’s Plan to Save Itself. Our government has spent decades building sprawling bunkers, like Raven Rock, that high ranking officials can flee to in the event of a nuclear war. -SHTFPlan

Below is an image of the B entrance portal into Raven Rock Mountain Complex, a massive, 650-acre nuclear bunker and national security site built inside a hollowed-out mountain near Blue Ridge Summit, Pennsylvania. 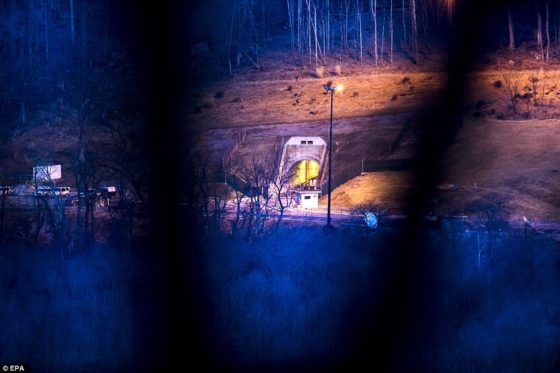 Constructed during the Cold War, the Raven Rock facility was conceived as a backup for the Pentagon and built to house military leadership, as well as the president, in the event of a nuclear disaster. Entry is through one of four portals, each protected by a 34-ton blast door

According to The Daily Mail, the US government built secret doomsday bunkers for federal employees in Virginia and West Virginia as well.  Those bunkers aren’t for you or your family, however, only the masters and the ruling class get protection.  The rest of us are on our own. The government constructed nuclear-hardened communications towers throughout the Washington region, so the White House could reach other top-level survivors. They also developed weaponry with “second-strike capability” that would launch post-doomsday to prevent further attacks, a strategy known as mutually assured destruction, or MAD.

Below is an image of the Mount Weather Emergency Operations Center, near Bluemont, Virginia.  The photo is a long exposure illuminated by the headlights and taillights of a passing truck.

This top-secret, 564-acre facility includes underground bunkers, which would serve as a relocation site for members of the executive branch, including those from Homeland Security, in the event of a nuclear war. Though no journalists have visited the site, many became aware of its existence in 1974, when a TWA airliner crashed into the mountain, killing all 92 people aboard.

The government is planning for something and they have been for quite some time. Obviously, it is reasonable to want to protect yourself in the event of an apocalyptic economic crash or nuclear war. Keep in mind that though the government is preparing, the majority of those supplies will never make their way to the general population in an emergency. Thus, if you are preparing for similar scenarios, consider stockpiling your own emergency foods, NBC Gas Masks and gear, and body armor for personal protection.

No one knows when the end will come, but we do know it is up to us to ensure our own survival. The government only wants the ruling elites to make it out alive and they’ve made sure we won’t be offered the same.