People will inevitably 3D print guns and there is nothing you can do to stop them except prepare society to be mature and responsible enough to handle this new power.

Guns don’t kill people, people kill people. And the sort of people that kill range from the mentally unstable and/or the medicated, to political extremists, to criminals, and, of course the biggest killer in human history, the government. Unfortunately, a shortage of weapons or the legal inaccessibility of weaponry never seems to be enough to stop such people from harming or killing others – and levels of violence appear more linked to social and economic issues rather than access to weaponry.

Take the United Kingdom and Japan, for example, two nations with populations that are for all intents and purposes “disarmed.” Despite the UK having a population almost twice as small as Japan’s it still has more total murders per year than their Japanese counterparts. The problem is socioeconomic, and so too is the solution. Here, we can see that access to weapons has little correlation to violence.

In fact, one could easily overlay a map of global poverty on top a map of global homicides and see the obvious correlation. And despite America’s love affair with firearms, it is by far not the most violent nation on Earth – not even close.

One of these sharp corners includes 3D printed and CNC milled guns. 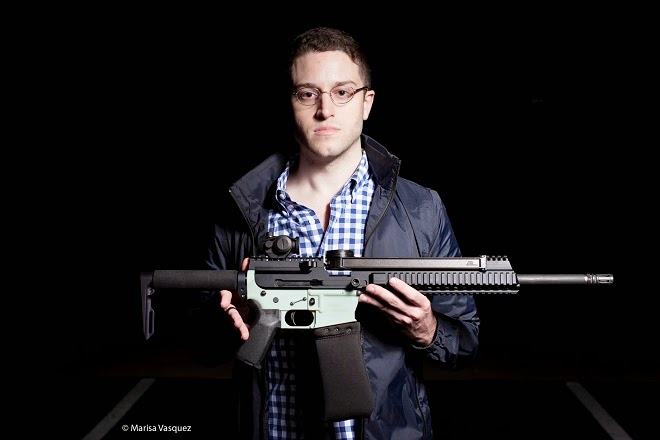 Steve Israel is concerned with lone wolves. The media, in response to the shootings in Connecticut and Colorado, are concerned with mentally ill loners. Cody Wilson is concerned with personal freedom. The human species, however, is a collective entity, based simply on the fact that we all have to live and work alongside one another. So, perhaps it is our collective that should take some responsibility for these horrible acts of gun violence. What in society could be causing people to commit acts of violence on the scale of Newton and Aurora? Is 3D printing legislation going to prevent violence or might public access to better mental health facilities prevent violence instead? How did our collective not notice the burgeoning instability in Adam Lanza and attempt to do something about it? How does our society, on a regular basis, ignore the systemic inequality that leads to gun violence amongst the impoverished, for instance? In other words, is it possible that, by acknowledging the human species as a collective, we might begin to improve the standard of living of the entire community?

And although Molitch-Hou, throughout the article appears to make Cody Wilson look as if he is laboring under strained logic, his concluding thoughts quoted above are in fact precisely the solution to violence in American society (and everywhere else for that matter). We must identify the factors that cause violence in the first place and address them, not the implements one may or may not use while being violent.

The sort of dystopian police state required to prevent people in their individual homes from designing and printing objects deemed “unsafe” by our current collective sensibilities is probably the nightmare scenario that has Cody Wilson trying to print guns and build a “distributed defense” network in the first place. The fact that people like Steve Israel have tried to build that police state (or rather, add onto an already increasingly invasive police state considering the NSA’s recent abuses) only further fuel the warranted paranoia of people like Cody Wilson.

Indeed, we must understand the root of violence and work at reducing that, not infringe on the rights of responsible and mature citizens by insisting every “sharp corner” in society be padded, restricted, or otherwise outlawed.

Molitch-Hou is right – we are a collective species and we must collectively take responsibility for this awesome power being thrust into our hands by technology – not whimper and withdraw, seeking a police state to step in and make us safe. We must become the keepers of ourselves and our own communities. 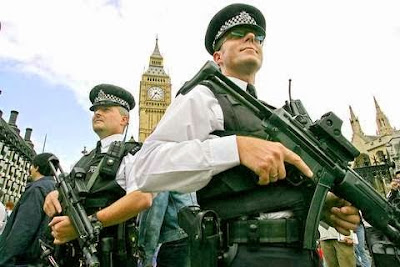 Indeed, better healthcare for the mentally ill is necessary. Addressing the socioeconomic factors that drive crime and violence is another absolute necessity. The fact that crime is higher in the UK than in Japan with total murders in the UK topping those in Japan despite Japan’s larger population proves that having a cohesive, harmonious, prosperous society is the key to reducing crime – not the fanatical micromanagement of everyone’s lives through increasingly invasive legislation and a growing, militarized police force endowed with the authority to do as they please to whomever they please – a feature the UK has masterfully implemented – but to no avail.

And while some might say big-government is necessary to make these changes, others might say, waiting for big-government to address issues like improving health care and decreasing socioeconomic disparity is precisely why the problem has gotten so bad in the first place.

Indeed, the immense corporate-financier monopolies that thrive on Wall Street, dictate to a large degree the policy created in Washington, then enforced around the country (and the world when foreign interventions are concerned). Walmart has nothing to gain by decentralizing manufacturing and retail locally, which would also decentralize and redistribute profits, reduce poverty, and improve the prospects of millions across the country. Therefore, national policy will always reflect a desire to keep massive profits concentrated in the hands of a few shareholders, while the rest of the country wallows in poverty and destitution – and of course, suffer the violence associated with both.

Chevron, Exxon, and others hold monopolies over energy production. Energy production for electricity and transportation could and should be decentralized as well. The billions upon billions raked in by these energy monopolies would likewise be redistributed as people produced energy and jobs locally.

Telecom, healthcare, food production, and just about every other industry that constitutes modern society likewise, follows a similar pattern. A similar pattern of decentralization/localization would in turn, decentralize and redistribute wealth – alleviating the socioeconomic factors creating poverty and the violence that subsequently results from it.

At the end of the day, we will not stop people from 3D printing guns, or in fact, from creating anything with increasingly effective and efficient forms of personal manufacturing that might be deemed dangerous. Instead, all we can do is work to build a better, more equitable society where individuals are mature and responsible enough to handle this power, and people incapable of handling such power can get the help they need to prevent hurting themselves or others.

If you can’t beat 3D printed guns, you might as well be a responsible, mature adult who prints one yourself. Set an example, set a precedent. But if nothing else, work on building a society, a culture, a people, who would rather print such items as a curiosity, for sport, or as a hobby, than wanting to turn them on one another because of socioeconomic disparity, ignorance, ill-health, or irresponsibility.