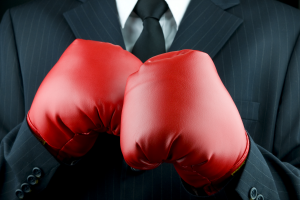 Let me start by saying that I almost never do this. I hate giving people a hard time for their opinions, even if they’re wildly divergent from my own. But sometimes, people say things that are so baseless and ignorant, they demand a response.

Such is the case with a piece published yesterday at piquenewsmagazine.com, by Leslie Anthony. His article “Be prepared for Preppers” may be one of the most outrageous attempts to smear the prepper community, that I’ve ever seen.

Normally this wouldn’t warrant a response from any of us. We’re all thick skinned people who’ve faced our fair share criticism for our lifestyle, but in the course of painting us all as dumb, paranoid losers, he actually managed to present himself as a prime example of why we prep for disasters. Dissecting his article also presents an opportunity to dispel a few myths about preppers, so let’s dive right in.

After starting his article with the Oxford definition of a prepper, which is “a person who believes a catastrophic disaster or emergency is likely to occur in the future and makes active preparations for it, typically by stockpiling food, ammunition, and other supplies.” He immediately associates this definition with being a part of a lunatic fringe.

Thus, “prepper” doesn’t apply to those who carry an extra house key, a first-aid kit and roadside flares to accompany their spare tire, or who might be hoarding enough popcorn and juice boxes to get through a blackout. Instead, the term more rightly fingers conspiracy theorists and anti-government nut-jobs who are strangely looking forward to a biblical End of Days to descend they can break out their toys and supplies to fight the resulting looting-spree / civil-war / zombie-apocalypse.

That’s a hell of a broad stroke isn’t it? Let me also add that people who pray for catastrophe so they can “break out their toys” are not real preppers. Real preppers love living in a functional society, they just aren’t confident that it will survive in its current form indefinitely. And if you ever get around to opening a history book, you’ll know that prepping for that is not crazy.

Other than religious fundamentalists, tea-partiers and chem-trails believers, one might rightfully ask: Just who are these people? Actually, that’s pretty much it. Think uninformed pseudoscience-nerd meets survivalist meets anarchist militia with a touch of DIY and homemaker thrown in.

Again with the broad strokes? What the author doesn’t understand is that preppers don’t necessarily have an ideology. You can be an atheist, or a progressive liberal, or a hippie, and still be a prepper. If you don’t have faith that the system will protect you during a disaster, and you set aside resources to insulate yourself from that disaster, then you’re a prepper. You don’t even have to call yourself a prepper to be one.

He then goes on to describe the many survival websites he’s visited, and lists all of the kooky sounding (to him at least) article titles he encountered. Here’s where he starts to get downright nasty.

Ah, poor misunderstood dorks. But what else can they expect? Read any of this stuff and you know: few preppers are smarter than a 5th grader, and, at least in the Washington and Oregon Cascades, most often meth-fueled, neo-Christian, anarchist bow-hunters who think they’ll outlast the rest of us because they own weapons, wear camo tank tops, and used their welfare cheques to clean Costco out of Kraft Dinner and jerky.

Good lord, I’m not even sure where to start. I’m sorry but, we’re no “smarter than a 5th grader?” Many of the skills preppers admire are lifelong pursuits, such as marksmanship, foraging, farming, hunting, and first-aid, among many others. We’re not children. But apparently we are meth fueled welfare queens.

Preppers prize self-reliance, and they don’t like relying on a government they think is going to fail them in the future. If they do have to rely on the system, it’s not something they’re proud of. It’s something they use to survive until they get back on their feet, and nothing more.

They’re not only prepared, but actively seeking out disaster, “Bring it on Bitches” being the community’s not-so-subtle rallying cry.

To understand this latter mentality, look no further than the fact that most preppers already live in the bargain-basement, disaster-prone lands urbanites eschew and which Sea to Sky residents will clearly recognize: volcanically active regions; avalanche, landslide and debris-flow zones; tectonic fault swarms; wildfire corridors; and flood plains. The only uninsurable prepper-attracting fave we lack are tornado alleys littered with trailer parks (themselves peculiarly attractive to both natural and cultural disaster — coincidence?).

I’d laugh if this wasn’t so sad. Does he really think that living in an urban area is safer? Even when they’re not facing a disaster, cities are not safe places. Call me crazy, but I’ve never felt safe while walking down the streets of any major city. And it’s cities like New Orleans that convinced so many people to become preppers in the first place.

After Katrina, we realized that if anything shuts a city down for more than three days, people start to lose their freaking minds. And most of us wouldn’t want to be anywhere near one of these gang infested hell holes, should utilities and transportation be restricted for more than a week. The disasters faced by rural residents on a regular basis, pale in comparison to the volatile potential of our cities.

If we ever do experience Dawn of the Planet of SHTF, look for these everyone-for-themselves mobs to roam the land freely doing whatever they damn-well please until saner, more rational cabals prevail — which could take a while if these are poorly armed.

If you look at the strategies of most preppers, they usually involve hunkering down and staying under the radar, not gathering into mobs and ransacking the countryside. If you’re preparing for that kind of life, you’re not preparing at all. We know that survival often means avoiding confrontation whenever we can, and sometimes swallowing our pride instead of fighting. For most preppers, the ideal disaster scenario involves them nursing their extensive food supply until the chaos passes. Most of us want nothing to do with forming mobs and cabals. We just want to live and let live.

Furthermore, consumed with the heady lust of their own unexpected survival (see any episode of The Walking Dead), and with only expired condoms at their disposal (not even Doom and Bloom stocks birth-control pills) these mouth-breathers will doubtless multiply rapidly, and, ergo, must be stopped before such an advent. That can mean only one thing: key preparation in any disaster for the rest of us (other than a map to all of Wal-Mart’s distribution warehouses) is this: be prepared to neuter preppers by any means available.

I know he’s joking, but on the other hand, I’ve never encountered someone who jokes about “cleansing” certain groups, unless they kinda sorta wish it to be true. And while I don’t look forward to disasters, I certainly look forward to his trip to “Wal-Mart’s distribution warehouses” after a disaster. I’m sure he’ll admire the empty shelves and/or the suspiciously non-uniformed armed guards.

Not only will such noblesse oblige ensure a stronger gene pool going forward, but hey — those bastards have all the gear and food and fish antibiotics you’ll ever need.

I’ve got some bad news for you Leslie. You’re kind of the main reason why we prep. Sure, there is our fear of the government you were so quick to criticize. I could list a few examples of our government’s response to disasters, which range between incompetence and malice. Instead, I’ll say this:

The one thing we fear more than an incompetent government, is facing tens of millions of poorly prepared, starving people, who will abandon their dignity and their ethics to do what they have to do to survive. That would likely include “distributing” the resources of people who had the foresight to prepare for the worst.

What I mean to say is, we’re mostly concerned about you, and people like you. It’s fun to joke about now, but it’s not a joking matter for us. I’m sure you will have forgotten about this piece you’ve written by the end of the week, but many of us have spent years accumulating the skills and resources required to insulate ourselves from the likes of you.

Please do us all a favor. If there’s ever a disaster that destroys the grid and uproots millions of people, report yourself to the warm embrace of the closest government relief center, and leave us alone.

In case you didn’t get that last bit, that was the prepper version of one of those eugenics jokes you’re so fond of.

Joshua Krause was born and raised in the Bay Area. He is a writer and researcher focused on principles of self-sufficiency and liberty at Ready Nutrition. You can follow Joshua’s work at our Facebook page or on his personal Twitter.