How do we explain our obsession with relatively low risk dangers and our collective blindness to manufactured/marketed scourges that kill tens of thousands of people annually?

How many injuries can be traced to people changing radio stations while in reverse?

A friend recently told us that the California Legislature is considering a law that makes it legal for parents to let their children walk to school unattended.

Perhaps this is “fake news,” but it’s certainly plausible, given that leaving any child unattended is now viewed as not just irresponsible but criminal.

The mainstream “news” is chockful of worried-looking news anchors announcing another e coli outbreak or recall of a consumer product, many of which now sport absurd warnings, including scary-sounding ones such as “This product contains chemicals known to the state of California to cause cancer.”

This is scary until you realize it’s on practically every consumer product in the state of California, which mandates the warning.

The narrowness of this obsession with safety comes into focus if we ask: how can a society so obsessed with safety have spawned an opioid addiction crisis that kills tens of thousands of people and ruins the lives of millions of Americans?

How safe are we when products that addict millions and kill thousands are readily available via prescription within our healthcare system?

While addictive illegal drugs have long been targeted with extremely harsh criminal penalties, how is it that the legal drug industry and the officially sanctioned and regulated healthcare industry created the vast destruction of the opioid crisis without anyone tasked with “safety” noticing?

How do we explain our obsession with relatively low risk dangers and our collective blindness to manufactured/marketed scourges that kill tens of thousands of people annually? (Tobacco and alcohol come to mind.) Then there’s the well-documented impact of rising wealth and income inequality on public health–for example, The Health Effects of Income Inequality: Averages and Disparities.

Several dynamics come to mind: the immense profitability of products such as tobacco and synthetic opioids, and the profitability of fear-inspiring content in terms of attracting eyeballs to media and social media engagement. Fear gets our attention and is thus a powerful marketing tool.

In other words, there are built-in incentives in our system to profit from dangerous products, and influence government regulators to overlook the dangers.

I also wonder if our narrow obsession with low-risk safety (warnings on everything, etc.) reflects a subconscious awareness of rising systemic insecurity, which we counter by regulating what can be easily regulated in terms of manufactured consumer products. This gives us a sense of control in a world in which our ability to control systemic risks is decaying.

It’s well established that our innate ability to assess risk is limited; we tend to exaggerate some kinds of risk (being attacked by sharks while swimming, etc.) and under-estimating other kinds of risk (eating junk food, getting addicted to prescription painkillers, etc.)

As a result, a single tragic accident caused by someone changing radio stations while in reverse gear can trigger a new law/regulation (“we should make it impossible to change radio stations while in reverse, as this will preclude any more of these preventable tragedies”), we don’t recognize the systemic tragedy of the loss of positive social roles that fuels much of the despair and pain that we treat with addictive prescription painkillers.

There is a terrible irony at work: We live in a system in which an opioid-addicted individual whose life has been devastated by an entirely preventable systemic scourge can put his/her car in reverse with less likelihood of injuring others, if the vehicle is new enough to have all the mandated safety features–and we pat ourselves on the back for our obsession with preventing injury.

Assessing risk and improving safety are complex issues, but we clearly have a political-social-economic system that is blind to systemic dangers that could be prevented, were we to widen our narrow obsession with safety to include them. 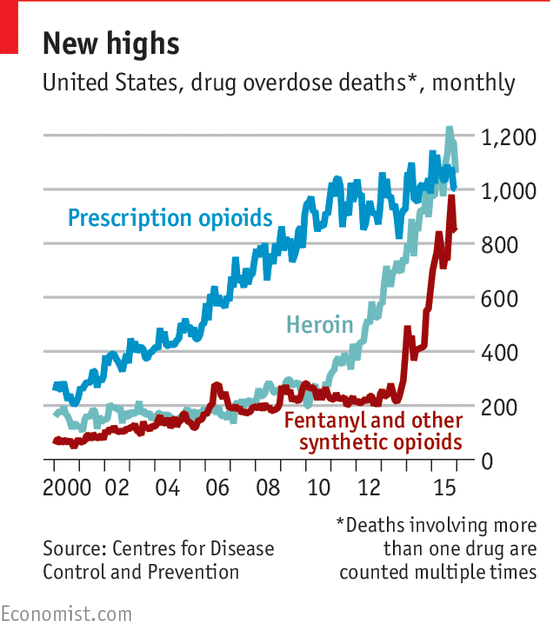