The recent events in the Ukraine were surprising on one level and some of the uprising has even been forgotten I think with the even more recent news of the Russian’s annexing Crimea. One of the more interesting aspects to me of this historical event were the protests and how civilians, armed mostly with homemade weapons poured into Maidan Square to battle the Ukrainian army and brought about the eventual overthrow of President Yanukovych.

Homemade weapons have a very important place in history and as we see today, our current world has not overlooked this concept. When you have no weapons, no armored vehicles, no tanks, you can still fight. Take away a rifle and you can still smash someone’s head in with a pipe. Take away a pipe and you can kill someone with a stone. The homemade weapons that the Ukrainians came up with were documented by photographer Tom Jamison. His images of the protestors holding their improvised weapons against a black background are very interesting. His photos initially appeared on Wired but paint a more visceral picture of the conflict. When times get so tough that you are grabbing anything you can get your hands on and modifying it to do serious damage you know that this ain’t no ordinary protest.

Someone commented on another blog about the protests that they didn’t see anyone sitting around Ala Occupy Wall Street playing the drums. I do remember some violence, but if you are looking to overthrow a government, expect to get a little bloody. The weapons below show the kind of resolve and ingenuity some of the protestors had. I know I wouldn’t want to be on the receiving end of any of these weapons. 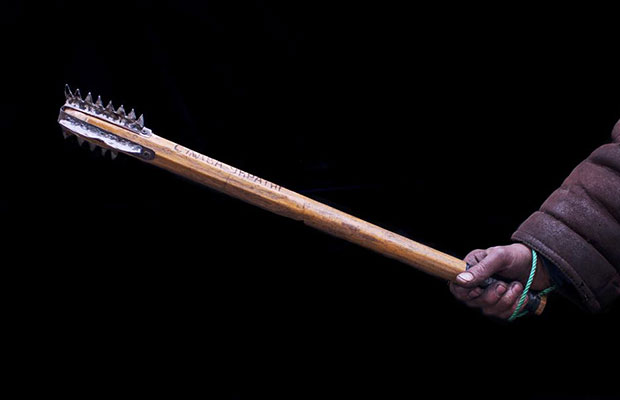 I don’t know what was bolted on to the end of this, but those spikes would make this club deadly if it contacted with your head. 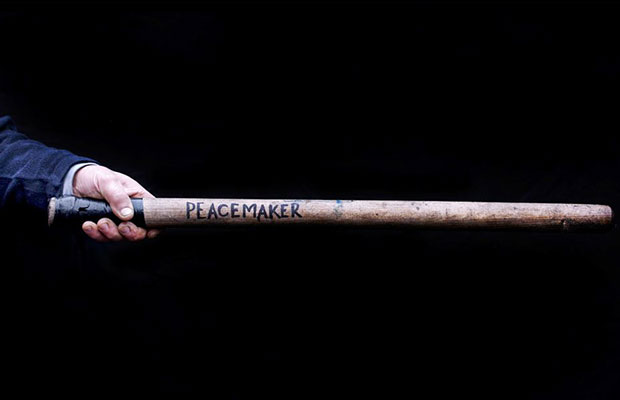 Not sure how much Peace this club saw, but I like the sentiment. 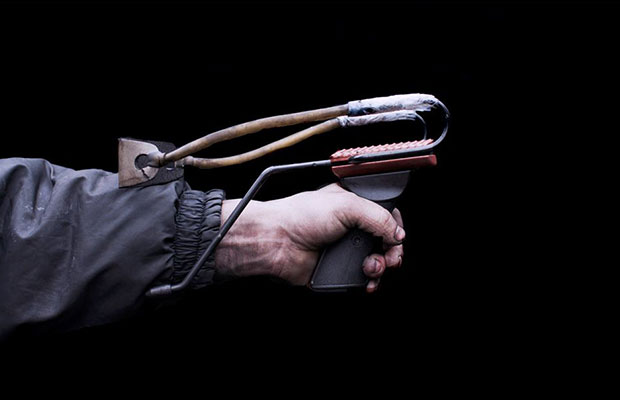 How many of us had something similar when we were kids. A slingshot can be deadly accurate.

Sometimes the easiest weapons are the things lying around the house. This ice axe is already made to do serious damage even far away from any glacier. 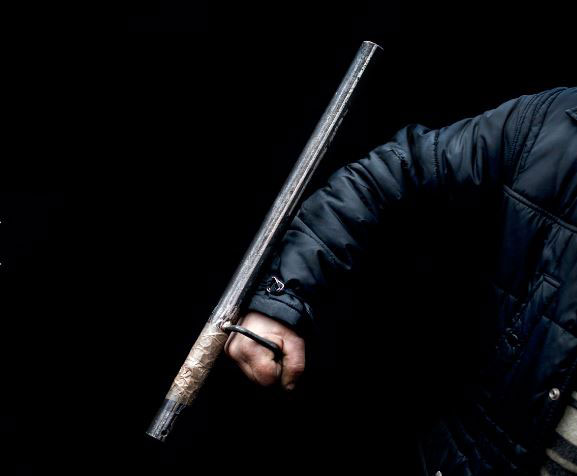 A steel baton with a modified grip. This would allow the owner to deflect the blows of the army clubs and protect his arms. 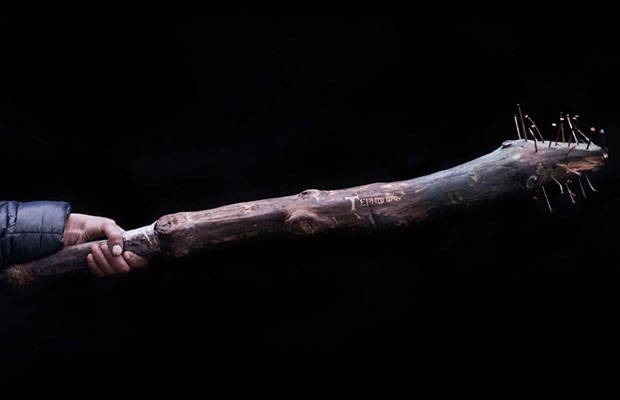 I call this the medieval caveman club. The nails were surely responsible for removing the flesh of anyone who was unlucky enough to come in contact with this weapon.

The video below is from NonLeathalByChoice’s You Tube Channel and it shows how to make a homemade crossbow. This is also something that could come in handy should you need to improvise weapons due to a confiscation or if you find yourself in a situation where a big club with nails gets you too close to the action.

Continue Reading
You may also like...
Related Topics:Crimea, homemade, weapons