Officials said the minor could be the paid executioner famed for slitting victims’ throats who is known to be working for a drug cartel.

Pedro Luis Benitez, the attorney general of Morelos state in central Mexico, told a local radio station that police had detained a minor on Friday. 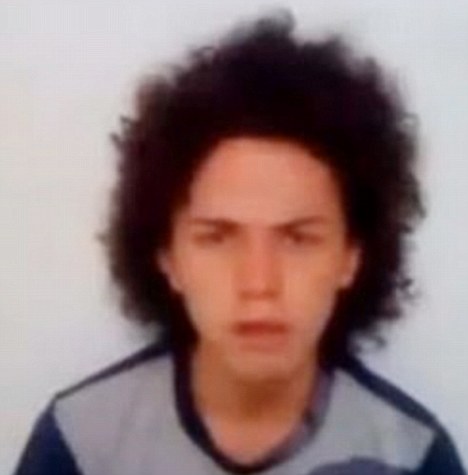 Sadistic: The hitman who favours cutting his victim’s throats is believed to have been caught by Mexican police

He did not say if the boy in custody was El Ponchis (The Cloak) but that officers were looking for another child.

El Ponchis is believed to work for the South Pacific Cartel (SPC), headed by Julio Jesus Radilla, which in battling for control of the cocaine trade.

His preferred technique leaves the victim’s head hanging by a thread.

He is said to work with a group of girls, including his sisters, who often help with the disposal of bodies.