For many, many people the sh*t has already hit the fan, and the streets, and the parks and their floors. Sewage from damaged pipes and from backed up municipal facilities is flowing, untreated into the streets in some areas  affected by hurricane Sandy. This poses a grave threat to health as untreated sewage is linked to many, many diseases that can sicken and/or kill humans. Typhoid, cholera, diphtheria and a long list of other infectious diseases are likely to be lurking in those waters. Contact with the water is almost impossible to avoid, and washing adequately after any contact is almost impossible when there is no clean water supply up and running.

Drinking water is in very short supply and in some areas is limited to the bottles handed out by government officials. What the hell are these people to do? Sadly, the answer is that there’s not much they can do at this stage. The infrastructure is damaged, supplies are short, I would expect a great many are going to get sick in the next couple of weeks, if they don’t, I would be very surprised.

As well all know a little forward planning goes a long way in these situations, but theres no point doing the ‘I told you so’ at this stage, it wont help anyone. What may help, if you have contact with any of these people is giving them a little practical advice. It’s not nice, and it’s not normal, but neither is the situation they find themselves in.

Urine, providing you don’t have a urinary tract infection, is sterile. Peeing over your hands after being in contact with sewage filled water will go some way to removing a good many of the bacteria that linger on your hands. The rest of your body is relatively unimportant at this stage, it is hands that will spread infection into mouths. Urine can be collected and hands washed in it, like I say, not something anyone would usually advise but it is water, and its clean and in this situation should not be wasted. To those who find this repulsive I would say would you rather have your own bodily fluids on your hands or everyone else’s? There is no place for squeamishness in these situations.

The colder weather means there will be a good amount of dew or condensate around. Where possible this should be collected, either on fabric which can then be sucked providing essential moisture, or in shallow containers, providing the item they are collecting from has not been contaminated by sewage it will be okay to drink. Sealed containers found in cupboards, refrigerators and stores may still be used if the seal is unbroken. The outer surface should be wiped before opening and the liquid transferred into a clean vessel, or even a plastic bag before being consumed.

If you have been in the water afflicted by sewage release and you have access to antibiotics take them now, there is no point in waiting.

Those on the streets, if no shelter is available should collect anything at all that can be burned which should be taken to an area away from the flood waters and a fire should be started, improvised shelter from tarps, doors, anything to hand should be set up during daylight hours ready for the colder temperatures come nightfall.

Not much advice is it? After the event it’s difficult to put right what would have been a much simpler matter had those actions been taken before the disaster struck.

I live in the city, a large one at that, and the preparations are obviously somewhat different to those made by folks in more rural areas.

A lightweight pop up tent is essential, they really are light, a very young child can carry one quite easily. This ensures we always have some kind of roof, okay it’s not sophisticated but it keeps the rain and the wind off and is exceptionally easy to set up and take down as required.

A fire kit in a box. It’s amazing what you can fit into a plastic sandwich box. In addition to the usual matches, lighter and tinder, we have a few thin bone dry pieces of wood, and a few plastic spoons. These burn long and hot and even catch in the rain. The melting plastic drips and clings to whatever it touches and carries on burning, often allowing small bits of wood, leaves etc to dry out. The box also has in it half a dozen pieces of barbecue charcoal wrapped in shrink wrap, this again is lightweight and burns hot, allowing small pieces of damp wood to dry out somewhat prior to burning.

A square mess tin contains water purification tablets, a small zip lock of crushed charcoal, fabric to filter solid debris from water and hand sanitising spray that can be used to clean drinking vessels etc if we are in doubt about it having being contaminated. This is wrapped in shrink wrap, which of course can be either reused or burned.

All of the food in the bag is ready to eat, pre-cooked vacuum sealed rice, baked beans, granola bars, canned fruit and canned custard.

There a small but functional emergency medical kit in one of the pockets of the bag. The bottle holders on the side hold two sealed litres of water, and theres another two inside the bag. The total kit weighs in at 25 pounds, adding a change of clothes each adds another 8 pounds.

My husband has the same but more in a larger bag and our child the same but less of in her bag. This would keep us going in a dire emergency for a minimum of 72 hours and gives us peace of mind should the worst happen.

Most of this stuff is available in almost every home, its just a matter of putting it into a mobile form so it can move with you. The decision to move is an individual one. I know for a fact unless our lives were threatened, as in you are in the track of a massive storm strong enough to demolish your house threatened, we would stay, the preps are here, far more of them than we could move in our cars, the dog is here, a truly massive beast that would take up a huge amount of space should we bug out, but defensively she is fantastic and a definite asset security wise…..dog or food? Given a flood, with warning, freezer food could be cooked and refrozen for instant eats when the power is off. We could relocate upstairs in our sturdy brick built row house securing both dog and preps for the future. We have a large bathtub we could fill with water and a roof space full of quilts, blankets, hurricane lamps and all manner of other kit that would see us through a major incident. There are even a couple of defensive items but thats enough said about that. Almost all of this would have to be left behind if we left the property.

If a storm the size of Sandy hit the UK there would be little point in moving, I am in the centre of the country, and that storm was by many accounts larger than the UK, where would I run to? Living on a lump of rock surrounded by ocean gives you a somewhat different outlook on prepping. We don’t have the hundreds of miles of wilderness, the mountains to run to, huge swathes of country where forests abound and you can drive for a day without passing another car. I’ve seen those places, I love the sight, sound and smell of them, but now, at this point home is the second largest city in the UK and all the issues and problems that go along with living in such a place. 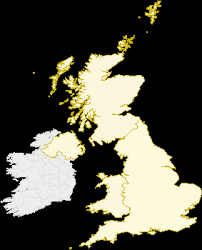 It makes you wonder when something like Sandy occurs. What you would do? How you would cope? Would we be as calm as we think we would? I doubt it. Would we go into shock? Possibly. Would we be able to cope due to forethought and planning? Yes, I believe we would. Storms like Sandy are why we prep, those and earthquakes, volcanoes, economic collapse, war, pole shift and many other reasons. Regardless of those reasons what binds us together is not only that we prep, its that we expect something to go wrong in the future, and we believe in ourselves and our ability to deal with it because we are prepared for it, whatever IT maybe.