On Sunday night, Facebook users took to the pages of Mainstream Media Networks such as ABC, NBC, FOX News, and CNN; and “trolled” them to raise awareness about the corruption, and lies the Media partakes in on a daily basis.

The post that appears on several pages show a common link, that which appears to be a ‘March Against Mainstream Media‘. The March, seeks to expose the MSM as the corporate machine it is, as it delivers propaganda and buries the truth about alternative news that could enrich the lives of millions.

This was one of the posts that appeared on the CNN Website: 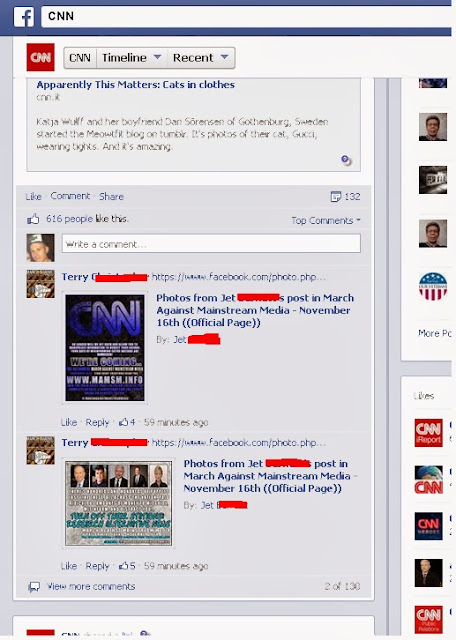 The screenshot shows images and links that would send the users to the March Against Mainstream Media‘s pages, and a short message showing that a march will take place protesting each network.

Here is a post that appeared on ‘Fox and Friends’: 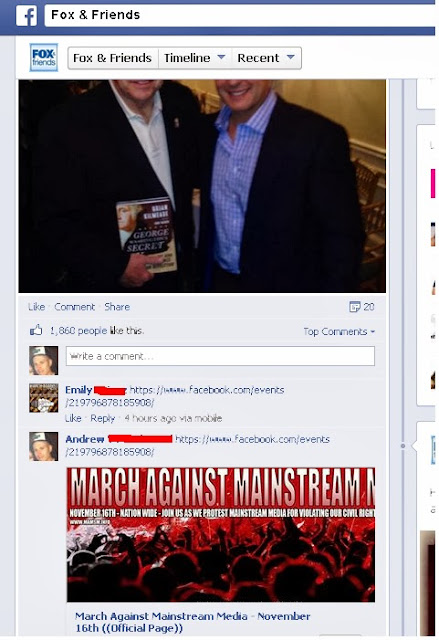 Once more, this appeared on ABC News’ Facebook Page: 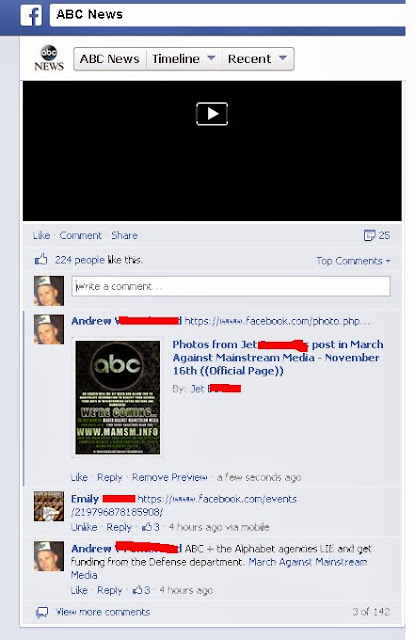 The screenshot shown above has a “meme” that appears to say “we’re coming”, speaking in reference to the November 16th March planned nation-wide.

Over and over again we see people awakening to this overt mechanism of control in nearly all aspects of our lives. The Mainstream Media is simply a tool that is being used to seemingly divide society into two camps, those in the “know”; and those who have no idea in the world the wealth of knowledge that is available at their fingertips. It certainly is reassuring though, that social media, and alternative media is using all the tools at their disposal to awaken the sleeping giant, that is America.

Andrew Pontbriand is an activist, researcher, radio show host, and writer for Intellihub, and The Resistance Journals. Like his Facebook Page here.

Contributed by Andrew Pontbriand of The Resistance Journals.