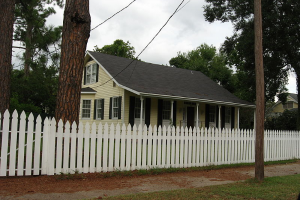 When the clean water act was passed in 1972, it seemed reasonable. At the time, America’s waterways were absolute cesspools, that often resembled the state of affairs in countries like China today. While it could be argued that our waterways still have a pollution problem, their contamination levels are a far cry from what they were just a generation ago.

Of course, on the rare occasion that the government does something right, you can’t expect them to keep doing it right forever, especially when a bureaucracy like the EPA is involved. Bureaucracies aren’t that different from a wild animal. Their only concern is their own self preservation, and they don’t care who they hurt to stay alive. The only difference, is that a wild animal won’t make up a problem out of thin air to justify its existence. But for a bureaucracy, that’s what it takes to make sure Congress will keep cutting them a check. That’s what they do to “stay alive” so to speak.

So when the EPA tells us that the majority of rivers and streams in the US are too polluted to support aquatic life, you have to ask yourself, what exactly is their definition of a river or a stream? In reality, it’s completely subjective, and is dictated by their needs and whims. Apparently, the Clean Water Act isn’t specific enough when it comes to defining a body of water, so it has opened a Pandora’s box of regulation and red tape, and the EPA is more than happy to exploit the act’s broad definitions.

Case in point, the EPA has recently decided to redefine the nature of a waterway, and if their new rule change comes to pass, it threatens to make life miserable for every property owner in America.

The Environmental Protection Agency and the Army Corps of Engineers have proposed a new rule to define “waters of the United States.” This definition is supposed to clarify what “waters” are covered under the Clean Water Act and therefore what these two agencies can regulate.

Most people would consider a water body to be a river, a lake, maybe even a pond. But the feds are casting their nets much wider than that. Their proposal could cover almost any type of water. Almost all ditches, including man-made ditches, could be regulated. Depressions in land that only sometimes have water in them could be deemed a tributary and covered under the rule, even if the depression is bone-dry almost every day of the year. The sheer overreach of the proposed rule is breathtaking.

This means that a property owner may need to get a permit to make any sort of changes to their land, no matter how minor they may be. When just about anything could be considered a body of water, then you can’t do anything to your land without going through a bureaucratic middle man.

Common activities, from farming to home building, could require a permit. Individuals who want to use their property for ordinary, everyday uses could be forced to get a permit. Sackett v. EPA offers one egregious example of overzealous regulatory enforcement. In this 2012 Supreme Court case, the EPA sought the power to impose fines of $75,000 per day on a couple for placing gravel on virtually dry land to build a home in a built-out subdivision. This proposed rule will likely lead to even more Sackett-type abuses of regulatory power.

And as is typical of bureaucracies, they rely on vagueness and nuance in their regulations, to ensure that anyone can be liable for their arbitrary rules.

And there’s a growing risk of “gotcha” enforcement. It’s already tough for property owners to know that their property has a jurisdictional water. Because the proposed rule is so broad and vague, this problem is only going to get far worse. The existence of a jurisdictional water may be far from clear—even to the EPA and the Corps, at least until they subjectively decide that a water is jurisdictional after all. Through this water (and land) power grab, the EPA and Corps will have the power to limit severely how people can use their property.

It just goes to show you, that the government has no respect for our rights, and thinks everything belongs to them. As far as they’re concerned, you don’t own your land, you’re just renting it from them.