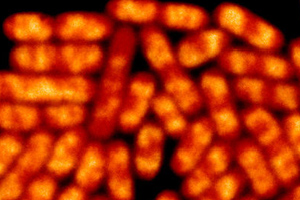 Future generations may look back at the times we live in, as the last era of effective hospital care. One of the biggest culprits in the decline of mainstream medicine, will likely be the abuse and misuse of antibiotics. For decades, doctors have been prescribing these powerful medications for every scratch and cough, and now the pathogens they were supposed to kill have become alarmingly tolerant to them. Many of the infections that used to be a nightmare for our ancestors, are now coming back with a vengeance.

The latest in the rogues gallery of drug resistant “superbugs” is typhoid. But unlike previous outbreaks, this one may not have been caused by over prescribed medication. The new strain, which has been dubbed H58, is so threatening that an international team of scientists are trying to tackle it.

The research, involving some 74 scientists in almost two dozen countries, is one of the most comprehensive sets of genetic data on a human infectious agent and paints a worrying scene of an “ever-increasing public health threat”, they said.

Typhoid is contracted by drinking or eating contaminated matter and symptoms include nausea, fever, abdominal pain and pink spots on the chest. Untreated, the disease can lead to complications in the gut and head, which may prove fatal in up to 20 percent of patients.

Vaccines are available — although, due to limited cost effectiveness, not widely used in poorer countries — and regular strains of the infection can be treated with antibiotic drugs. However, this study found that the H58 “superbug” version, which is resistant to multiple types of antibiotics, is now becoming dominant.

Isn’t that interesting? Countries that are too poor for vaccines are now faced with the looming threat of a drug resistant bug. This goes to show you how dangerous antibiotics can be in the long run.

A country that is too poor for vaccines is also probably too poor for antibiotics. That means their doctors probably weren’t over prescribing them as much as they do in Western countries. And yet, there it is! Despite doctors giving out what I would assume were limited quantities of antibiotics, it still managed spawn a superbug.

The research team has been collecting samples of this typhoid strain from dozens of countries since 1992, and 47% of them tested positive for H58. It first emerged in South Asia roughly 30 years ago, and has since spread almost exclusively to impoverished nations in Asia and Africa.

This should be a huge wake up call for the medical community. This means that antibiotic resistance can emerge anywhere in the world, and they may be much easier to create then we once thought. Fortunately, typhoid can be eliminated by improving the infrastructure of water and sewage. While daunting, it’s still much more manageable than other pathogens. But future superbug outbreaks may not be so easy to snuff out.