Campo Grande, in the southern state of Mato Grosso do Sul in Brazil is fighting an epidemic of Dengue Fever. An average of 600 people a day are reporting symptoms of Dengue since the start of 2013.

Heavy rains have increased reproduction of the Aedes aegypti mosquito which carries the disease. Dengue Fever is a viral disease that causes flu like symptoms at its onset but frequently increases in severity and is potentially lethal. It’s usually found in tropical and sub-tropical climates and usually in urban and semi-urban areas.

There are four very distinct but closely related serotypes of the virus, DEN-1, DEN-2, DEN-3 and DEN-4. Recovery from any one type of dengue confers life long immunity from that serotype but does not prevent infection with any of the others. Dengue Fever is the leading cause of hospitalisations and death of children in Latin America and Asia.

Dengue presents as a flu like illness some 3-14 days after an infected bite. It’s a febrile illness and hits children particularly hard. As it progresses the fever becomes severe, there is pain behind the eyes, muscle and joint pains and a skin rash/bruising.

In Campo Grande a state of emergency came into effect on Monday (Jan 20) and this will allow the city to hire extra workers to deal with standing water where the mosquitos breed. The city of Vitoria in Espiritu Santo State has also seen a steep rise in the illness with 1500 reported cases so far this month.

Across the border in Paraguay eight people have died so far and more than 8500 cases have now been recorded. Whilst not a killer on a par with many diseases Dengue is unpleasant and debilitating at best, and lethal at worst. Without treatment, which mainly consists of rehydration therapy and pain relief Dengue Fever can rapidly turn into Dengue Haemorrhagic Fever. This causes vomiting, abdominal pain high fever and internal bleeding, many patients will not survive though careful clinical management can increase their chances. 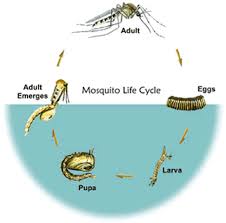 The World Health Organisation estimates that 40% of the worlds population are at risk from dengue Fever and this is rising yearly.

As there is no specific anti-viral medications that treat Dengue its possible that it will continue to spread around the globe. Dengue really is a condition where prevention is far easier than cure. Remove stagnant and standing water, however small the amount. Mosquitos will breed in a very small amount of stagnant water, a children’s sand bucket full can provide a home for thousands of larvae. Only by constantly and consistently removing the areas where these mosquitos breed is there a possibility of halting the spread of mosquito borne diseases such as Dengue Fever.