A man who claimed he was attacked and stabbed in a parking lot in Colorado for allegedly looking like a neo-Nazi has conceded that he made the whole thing up.

Joshua Witt, 26, claimed he was stabbed by a man who allegedly said, “Are you one of them neo-Nazis?” in the parking lot outside a Steak’n’Shake restaurant in Sheridan, Colorado on August 16.

‘Are you one of them neo-Nazis?’: Man stabbed in bizarre attack in Colorado (GRAPHIC PHOTOS) https://t.co/pE0X6puz1x

Witt claimed he had blocked the knife with his hand, and was injured in the process, requiring three stitches to the defensive wound. He described the assailant as a “Black Male, mid 20’s, 5’10” tall, Green shirt and blue pants,” according to a police statement to RT.

Police became suspicious when they examined CCTV footage from outside the Steak’n’Shake restaurant on the day in question and saw no evidence of anyone fleeing the scene around the time of the alleged attack.

Police did speak to a man who matched the description given by Witt, but he is a homeless person and was cleared as a possible suspect after a brief interview.

Skeptical officers then reviewed additional security camera footage from a nearby sporting goods outlet which showed Witt buying a small knife in the store moments before the alleged attack took place. 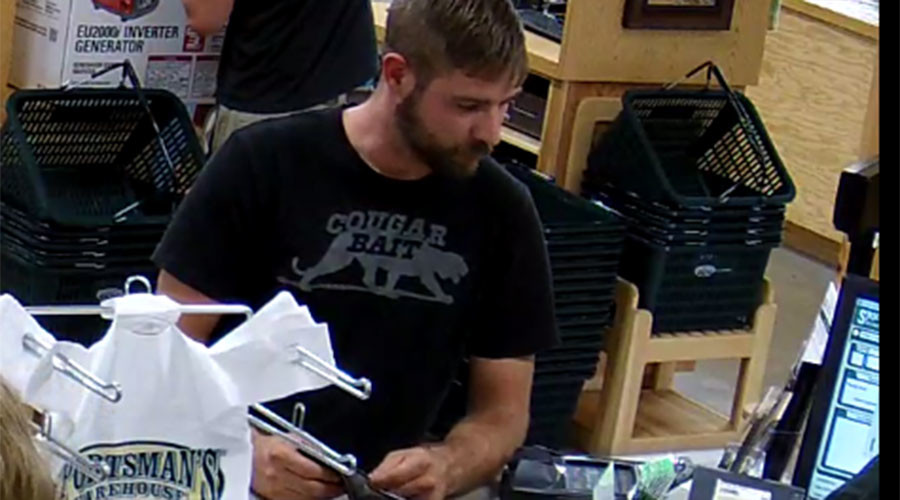 In a follow-up interview with police on August 24, Sheridan police presented Witt with all of the evidence after which he admitted to accidentally cutting himself in his car and fabricating the whole story.

Witt will now be charged with “false reporting to authorities” and faces a fine of up to $2,650 and could be jailed for up to a year.

There has been a spate of hoax hate crimes in the US in recent years. Jewish centers across the country received multiple fake bomb threats in an apparent wave of anti-semitism.

However, it was later discovered that the calls were made by a dual American-Israeli citizen, Michael Ron David Kadar, 19. He remains in custody in Israel where he faces 28 counts of making threatening calls and providing false information as part of an alleged dark web money-making scheme.

Another teen, Yasmin Seweid, 18, fabricated a story about an attack carried out by men screaming “Donald Trump,” while repeatedly spewing Islamophobic abuse at her. Her story quickly went viral but was debunked. Her parents forced her to shave her head for her court appearance and, if convicted, faces up to a year in jail for each charge.

In yet another hoax hate crime, a parishioner in Mississippi burned down his local church and spray painted the words “Vote Trump” on the walls shortly before election day in 2016. His actions were an apparent attempt to implicate Trump supporters.

Andrew McClinton is being charged with first-degree arson of a place of worship.