Bathing in champagne was a major topic of debate among CIA agents in the 1950s.

Recently released memos from 1952 show agents debating whether or not champagne from California is suitable enough to bathe in, and it’s a fascinating discussion. 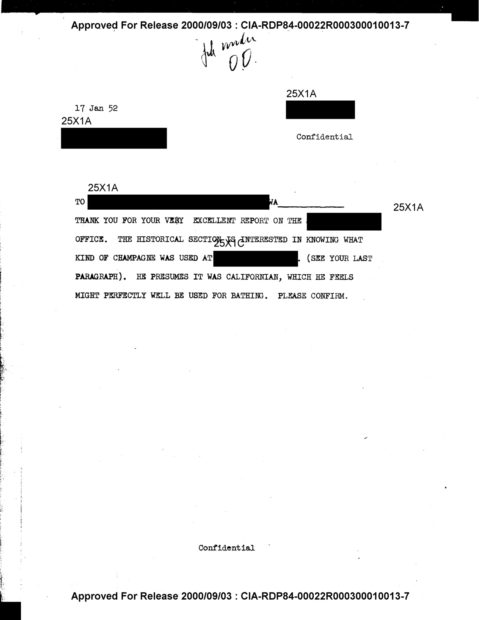 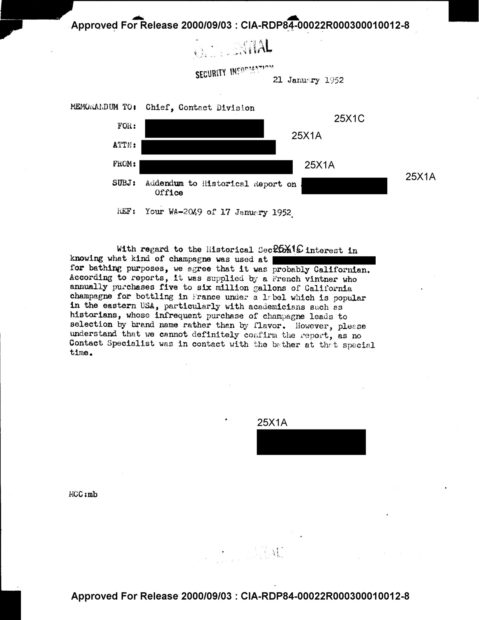 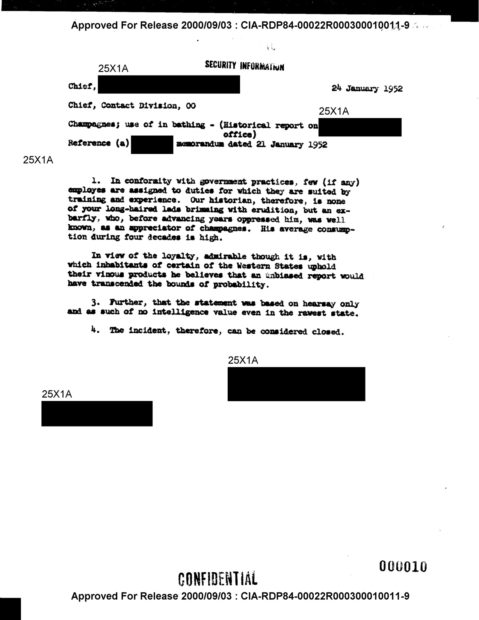 The British might have James Bond, but has he ever showered or bathed in champagne? The answer is no. Our spies are so elite that they turn their noses up at the idea of bathing in California champagne. They need the real stuff. They need the bubbly straight out of France.

I also want my spies to be spraying champagne everywhere. It’s obviously the best way to get information out of people. Nobody is going to get their secrets once our spies spray a little champagne, throw a little money around and bring around some women. Of course, if the champagne, cash and strippers fail, our spies can always turn to the gun.

I just hate making messes, and why shoot people when you can instead pop champagne and party?

I also can’t imagine what CIA gatherings much have been like in the 1950s. I have a strong sense it’s a lot like all those secret societies we always hear about. Just crazy stuff happening left and right, and nobody speaks of it outside of the room. That’s the America I want to live in.

Contributed by David Hookstead of The Daily Caller News Foundation.