State of the Nation is very pleased to announce a recent development in the State of Florida regarding the ongoing chemtrail debate. The recent evolution of this debate is not whether chemtrails exist; rather, the discussion in Florida is whether such chemical assaults are legal under the rubric of international law.

“If the International Criminal Court moves on these charges, it would be a historic moment in the use of criminal laws to protect individuals from exposure to toxic chemicals by government contractors and corporations.”[1]

This ongoing legal discussion about the criminal nature of secretly chemtrailing the skies of the USA is an extraordinary success for the Chemtrail Truth Movement. The legal theory revolves around two facts: (i) legally mandated disclosure of the various chemical ingredients of the chemtrail aerosols is not provided to those who are severely impacted and (ii) those same ingredients have been proven to cause bodily injury and emotional injury to those who are most sprayed and susceptible  to their deleterious effects.

There are many legal authorities and government officials around the world, who have unequivocally stated, that chemtrailing the skies (and thus various national populations) around the globe constitutes a chemical assault. Particularly in light of the fact that specific governments have been served with lawsuits by injured parties, do these allegations have legal merit. The numerous open cases filed by organic farmers are particularly compelling, since their property has been trespassed and violated by the same chemical concoctions falling on their fields from the chemtrails sprayed above their farms.

“The legal theory behind the allegations would create, if framed as such, a new area of criminal law: Aggravated Battery by Toxic Chemical. Experts in criminal law believe such a legal theory is valid. It would require a court of international jurisdiction, such as the International Criminal Court, to prosecute the alleged conspirators and name individuals exposed to the chemical agents as victims.”[1]

On an international level, the following legal opinion lays bare the several issues at work. Anyone who is knowledgeable about the legal theory of chemical assault will understand the profound implications of the presentation in the following link:

Here is a screenshot of the same article taken in order to capture a permanent copy of this critical legal essay. Articles of this import are frequently scrubbed from the internet, so we encourage all interested parties and stakeholders to do the same. 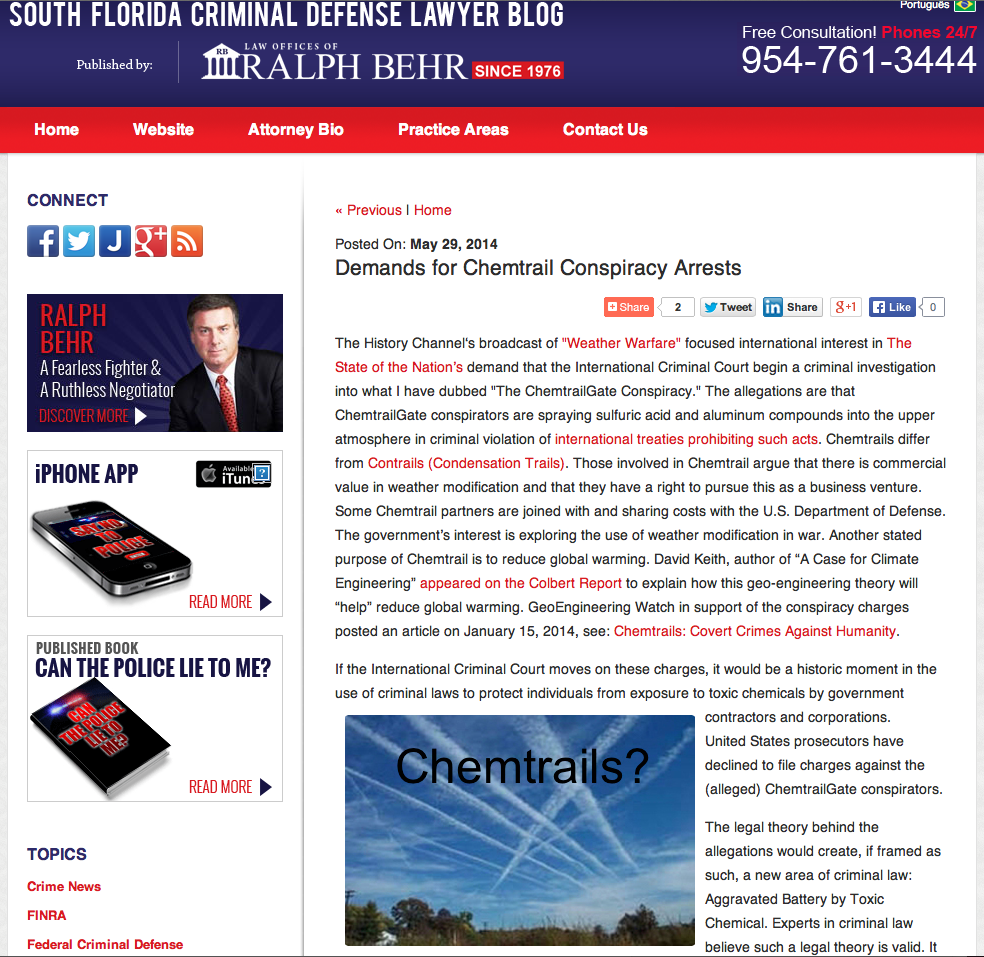 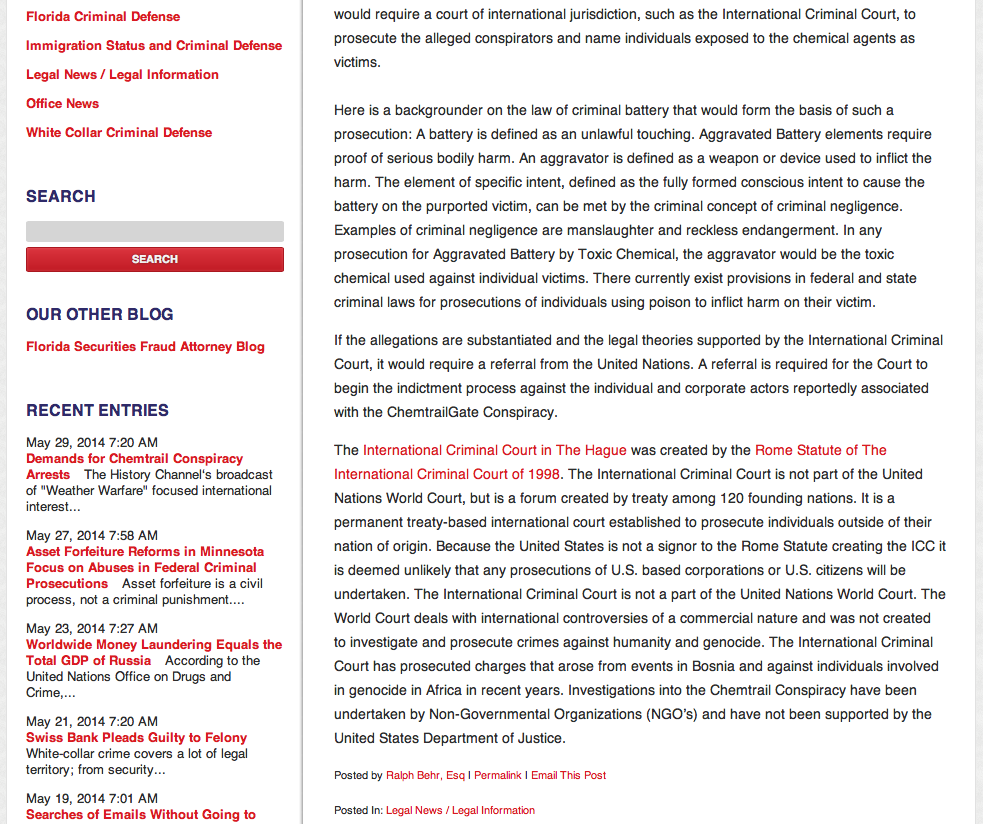 Biomass Incinerators Were Attacked With The Same Legal Argument

For those who followed the raging legal skirmishes throughout Florida at the beginning of this decade, the same legal approach was often taken toward shutting down biomass incinerators statewide. It all started with a letter to Governor Charlie Crist, wherein he was held personally responsible for serious health consequences and medical crises that result from the siting of incinerators near populated areas throughout Florida.

At the end of the day virtually all the major energy companies, which had active applications on file with the Florida Department of Environmental Protection to construct biomass incinerators, withdrew them. Most of them have left the state entirely, and have not come back — a very rare occurrence indeed.

Let’s hope the Chemtrail Truth Movement will have the same success terminating the clandestine worldwide chemtrail program. Truly, the relentless spraying of the skies across the planet with dangerous chemicals is a scourge upon humanity. 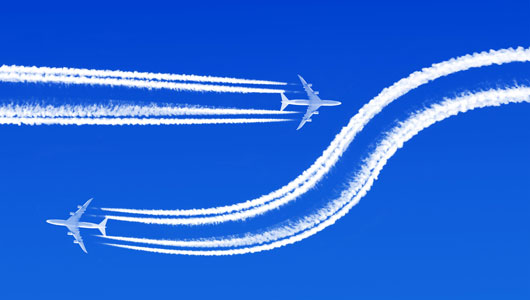 I. Chemtrails must be stopped
BY ANY MEANS NECESSARY!”
II. Geoengineering must be terminated
BY EVERY MEANS POSSIBLE!

CHEMTRAILS : The Biggest Coverup of All Time

The US Government Commits Chemical Assault Against Its Citizens

How The Neoteric Science PhDs Have Wrecked The World

The Weather Channel Comedy Hour: Sponsored By US Department of Weather Propaganda

Contributed by Michael Thomas of Storyleak.