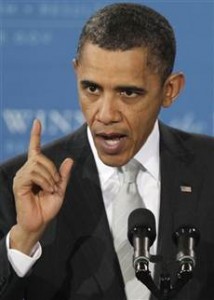 The re(s)election of Barack Obama has assured not only economic collapse (equally inevitable had The Wall Street Stooge been selected) but also a guaranteed gun grab in the coming months prior to the collapse.

Mittens was no friend of the 2A – but BHO is openly its enemy. We have the man’s own statements – and we have the man’s own actions, including the actions of his personally selected attorney general. A man publicly and virulently opposed to peaceful American citizens possessing guns – who ran guns to Mexican drugs cartels in the hope these guns would then be used to perform violent crimes – crimes that could then be used as emotional fodder for gun-grabbing demagoguery. That backfired – but now that Obama (and Holder) are secure in their offices, rest assured that “Fast and Furious” was merely a prelude.

The Supreme Court, already densely marbled with authoritarian-minded collectivists such as “wise Latina” Sotomayor, Elena Kagan and Ruth Ginsberg, will be further tilted collectivist when – not if –  the aging “conservatives” who still linger either give up the ghost or just give up and retire. Antonin Scalia is not far from 80. Neither is Anthony Kennedy. They will be over 80 before 2016. Clarence Thomas is no spring chicken, either. One – or several – are going to go during the next four years. Roberts has already proved to be agreeable to whatever the authoritarian state demands. 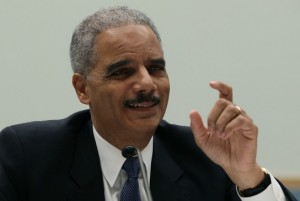 “Reasonable restrictions” on the possession of firearms by non-costumed, non-badged Americans (that’s you and me) are a drop-dead certainty. The Dear Leader may not even wait for sanction by the robed freedom-takers. He has shown no such proclivity to abide by process thus far. His clearly expressed attitude toward our rights is the same as the attitude toward women expressed by Jefe to El Guapo in The Three Amigos: “If you want a woman, you take the woman.”

And they do want your guns. And they will take them.

It very well could happen suddenly – via executive fiat – just as executive fiat summarily amnestied millions of illegal aliens. All that’s needed, really, is some pretext. Some MK-Ultra’d dupe sent to shoot up a school, say. “Reasonable” gun controls will follow.

They are coming. It is only a question of when – not if.

If you have a “high capacity” magazine… an “assault” rifle… any type of gun they think you “don’t need” and which has no “reasonable” purpose … look out. The pendulum has reached the end of its arc and is about to swing back the other way. 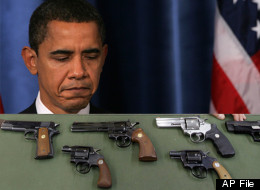 Open carry, concealed carry – very possible, any sort of carry at all – in the crosshairs. As surely as ObamaCare is out of them.

The Cloverized masses will cheer “reasonable” gun control, too. Every necessary premise has alreadybeen accepted by them. Perhaps it will be done in the name of “officer safety.” Or the old standby, “to keep our children safe.” It worked for random stop and frisks, the TSA … it will work again for this purpose. Or they’ll simply turn to ObamaCare – whose claws are soon to be bared. Guns, you see, are going to become a public health issue. We cannot afford the high cost imposed on society by guns. Exactly as NYC Gauleiter Bloomberg has banned sodas – so also will guns be proscribed. Perhaps they will pass a law requiring every gun owner to possess special insurance… .

Ruger and other gun manufacturers have been reporting epic, off-the-charts sales in anticipation of Obama’s re(s)election – and all that it portends. The window is about to be slammed shut – possibly, forever.

It is said that when guns are outlawed, only outlaws will still have guns. I suspect – I hope – that there will be many millions of such outlaws, if the worst does come to pass. Because arguably, the only firebreak remaining between the USA and the USSA is the fact of millions of firearms in the hands of private citizens. When that firebreak is gone, the US will have become the USSA.

The (s)election of Mittens would not have changed much, of course. But it might have slowed things down a little. We would have had, perhaps, a bit more time to get ready. Now the gantlet has been thrown down. You may rest assured that Holder, et al, are even now busily hashing out how it will be done – andwhen it will be done. There is no question whatsoever that it will be done. 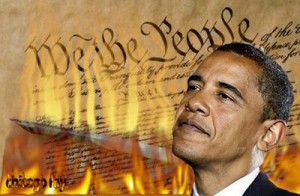 So, if you’ve been thinking about that new AR (or looking fondly at the old Hi-Power you inherited from your grandfather) better wise up. And buy up.

The clock is ticking…