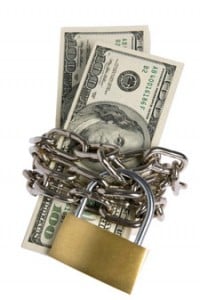 In early 2013 the country of Cyprus locked down private banking accounts and restricted access to depositor funds. It was the first widely documented instance of a “bail-in,” as bank officials and European regulators determined that bad loans taken on by the banks were now the responsibility of the banks’ customers. This led to a country-wide confiscation of 10% or more of all customer funds. In the heat of the Cyprian financial panic banks limited cash withdrawals to around $300 and ramped up security to prevent angry Cypriots from breaking down the doors.

What happened in Cyprus was big news all over the world, but within a few news cycles, once European and American officials assured the people it was a limited-scope event, the general population swept potential fears under the rug. No one really reported on the fact that the European Union quickly instituted new regulatory policies that would force bail-ins across the entire continent should such a crisis take hold again. Likewise, Federal Reserve Chairman Ben Bernanke assured Americans that the crisis in Cyprus and Europe posed no risk to the US financial system, citing FDIC insurance for U.S. bank depositors as the safety net that would prevent a similar situation in the United States.

The United States, Europe, China and all of the world’s developed economies are, if officials are to be believed, completely immune to what happened in Cyprus. The current belief by the best and brightest is that these countries are simply too big to ever be faced with a total collapse of their banking systems.

But what if they were wrong? What if private debt reached such obscene levels that the loans taken on by lenders could never be repaid? What if a country like China, which holds trillions of dollars in cash reserves and has modern central banking regulations, did face such a problem?

It turns out, that’s exactly what is happening right now, as Chinese banks struggle to cope with nearly $23 trillion worth of potentially bad loans. Yes, that’s Trillion, with a “T.” The Chinese, it appears, have mimicked the exact set of circumstances that led to the 2008 crisis in America. Remember all of those empty cities and malls in China – they housed no people or shopping venues, yet cost billions of dollars to develop? It looks like all those bridges to nowhere are catching up with the Chinese. And the panic has begun, as evidenced by capital controls and restrictive withdrawal policies now being implemented by one of the largest banks in the world all across China.

Want to know how a bank run starts? Look no further:

HSBC is imposing restrictions on large cash withdrawals raising a number of red flags. The BBC reports that some HSBC customers have been prevented from withdrawing large amounts of cash because they could not provide evidence of why they wanted it. HSBC admitted it has not informed customers of the change in policy, which was implemented in November for their own good: “We ask our customers about the purpose of large cash withdrawals when they are unusual… the reason being we have an obligation to protect our customers, and to minimise the opportunity for financial crime.” As one customer responded: “you shouldn’t have to explain to your bank why you want that money. It’s not theirs, it’s yours.”

“When we presented them with the withdrawal slip, they declined to give us the money because we could not provide them with a satisfactory explanation for what the money was for. They wanted a letter from the person involved.”

He asked if he could return later that day to withdraw another £3,000, but he was told he could not do the same thing twice in one day.

Mr Cotton cannot understand HSBC’s attitude: “I’ve been banking in that bank for 28 years. They all know me in there. You shouldn’t have to explain to your bank why you want that money. It’s not theirs, it’s yours.”

As in China, the debt party in the United States has returned in force. We are now very close to the same levels of personal and commercial debt as we saw prior to the crash of ’08, but rather than being concerned the experts say don’t fight it, embrace it.

But as is the case in China, the debt party will soon be coming to an end in the United States as tens of millions of Americans see their wealth and jobs wiped out. Like the people of China who took on loans they can’t repay, Americans are under the gun. And in the near future, the same credit problems that gripped the world before will do so again. And this time we’ll be footing the bill directly from our bank accounts (rather than the Federal Reserve’s printing presses).

We may not yet have official regulatory or bank policies for restricting cash withdrawals here in the USA, but just try to head to your local bank and withdraw $5000 or $10,000 and see what happens. You will invariably be met with stares from bank employees and questions about your intentions and why you need that much cash.

We’ve already seen how fast they can lock down the entire banking system. It’ll only take a push of a button and everything you think you have in your personal bank account could be seized.

But then again, as Ben Bernanke has said previously, there is no risk to the financial system. Moreover, the FDIC has insured your money, so if something does go wrong with the American banking system, all of your losses are totally covered by the roughly $50 billion in FDIC reserves. That should be plenty of money to handle the $9 trillion in US-based domestic customer deposits, plus the $300 trillion in derivatives bets made by the banks.

So, no need to worry, because the government’s got your back (and they would NEVER think of using your deposited funds to offset any bank losses).

But even though it is impossible to conceive that such a thing might happen we recommend preparing for it just in case. We know FEMA will be there to provide emergency cash, food and recovery tents. But in the off chance the credit system locks up again, ATM’s are limited to minimal withdrawals, and the banks do seize your money you might want to have some food, supplies, gold, and reserve cash on hand.

We realize such a thing could never happen – not in the world’s most developed and richest economy. Ben Bernanke, Janet Yellen, government officials and TV pundits say it can’t. So, these extra supplies would be just for fun and entertainment – something to show friends and family when they come over so you can have a laugh about all these crazy Doomsday scenarios.