Fearful that German forces would attempt to use bio weapons against mainland Britain scientists elected a small island, Gruinard, half a mile of the coast of Scotland, to test the effects of anthrax, which at that time would have been the weapon of choice.

The flock of sheep put there to test the effects started to die within three days of the endospores being released. Whilst entirely successful in proving how deadly inhaling anthrax spores could be it also left the entire island contaminated  for almost 50 years.

A four year clear up started in 1986 which saw 280 tonnes of formaldehyde, diluted in 2000 tonnes of seawater saturating the island. Topsoil was removed from the 520 acre site and taken for disposal in sealed containers. Sheep were then allowed to graze freely on Gruinard to prove conclusively it was safe. On April 24th  1990 the warning signs were removed and Gruinard was no longer considered out of bounds.

A leading archaeologist cast doubt on this when he publically stated that he and members of his team had found anthrax spores on digs that had survived for hundreds of years. He said:

“I would not go walking on Gruinard…..it is a very resilient and deadly disease.”

Indeed it is. Experts in biological warfare circles estimate that 3 million people would be killed if just 220 pounds of anthrax were to be released over a large metropolitan area. 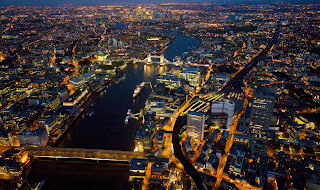 As recently as three weeks ago anthrax was once again in the news. 50 head of cattle on a ranch in Logan County Colorado died within a week of each other. Tests have confirmed that at least one of them died from anthrax and tests on the rest of the carcasses are continuing at this time.

There are several strains of anthrax. Vollum which was used in the Gruinard experiments is particularly virulent. Vollum  1B  was more recently used by UK and US bio weapons programmes. It was isolated from William A Boyles a scientist who died in 1951 after contracting anthrax a the US Army Biological Warfare Laboratory in Maryland. The US postal attacks in 2001 was also a virulent form, the Ames strain.

There are three forms of anthrax infection. Cutaneous, gastrointestinal and inhalational.

Cutaneous anthrax often infects those who work with animals that carry anthrax in their systems. It used to be called Woolsorters Disease but can occur after repeated contact with hides and furs as well as wool. Anyone working with the carcasses of infected animals can contract the condition. It causes boils that turn black as the condition progresses. These lesions are painless unless the skin around them breaks down and the sores usually start as a reddish raised bump about seven days after exposure. The patients lymph glands may also swell.

This is caused by ingestion of anthrax infected food or drink. Anthrax occurs naturally in some animals and eating undercooked meat from an infected animal can give rise to the condition. The symptoms include, nausea, vomiting which may become bloody as the disease progresses, fever, general malaise,severe diarrhoea which may be bloody, sore throat, difficulty swallowing and a swollen neck.

This is the most dangerous of all and the death rate is between 75-90% depending on how fast medical treatment is sought and how aggressive that treatment is. It starts with flu like symptoms and a feeling of weight on the chest. This rapidly progresses to a high fever, breathing difficulties, shock and in many cases meningitis, which  carries grave risks in its own right.

Anthrax is not contagious from person to person though bodily fluids from an infected person usually contain the spores in quantities high enough to infect the person handling them. With this in mind strict barrier nursing methods should be employed when looking after anthrax patients. Excreta and soiled bedding and towels etc should be sealed. Burial does not kill anthrax spores. Cremation and incineration are the most suitable methods of disposal.

The treatment for anthrax infection is a 60 day course of antibiotics. Usually Ciprofloxicillin, penicillin or doxycycline.

In 2002 the first anthrax vaccine was developed in the UK. Since then several others have become available. Currently they are given to those serving in the military and research workers that may be prone to accidental contamination.

In the US a Congressional Research Services Report states that 10 million doses of anthrax vaccine is available for civilian use. It is stored in the Strategic National Stockpile facility although the CDC site nor the Department of Homeland Security sites say where that is located. There is no published data regarding how much vaccine the UK has on hand. It is stored at the Porton Down Reseach facility in Wiltshire Uk.

Although a vaccine is available and coverage with anti biotics is effective in the early stages weaponised anthrax could still cause millions of deaths if released  due to the symptoms of inhalational anthrax infection not being immediately apparent, and the need for the anti biotics to be given early on in the disease. The vaccine, whilst available will do nothing sitting in a shed somewhere. It needs to be out of the shed and in the people for it to do any good. The vaccine is fine for those not living where the anthrax was released, they can take it pre-emptively but for those on the spot it will be useless.

10 million doses for a country with over 339 million people, enough for a tiny percentage of the population to be vaccinated in the event of an emergency,  it might be sensible to up production a bit.

I dare say the situation in the UK is no better. The drugs certainly work in the same way, and as with the US a stockpile is not protecting the people. Allowing the people to have the vaccine if they want it is protecting the people. I think many, in both countries would say no if offered, and I can see why they would do that, but once again, as with most things, the element of choice has been removed. 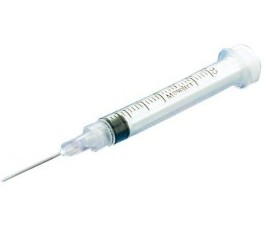 Freedom is about choice and increasingly, particularly on matters relating to our health we are not given any. It seems odd that this comes from the same group of people who lambaste parents who choose not to pump their children full of vaccinations, that they are not out there encouraging everyone and his dog to have the injection.